There’s been no warming in Tokyo in decades!

The December-2021 mean temperature data from the Japan Meteorological Agency (JMA) for Tokyo and its Hachijō-jima island in the Pacific are in and so first we look the December trends side-by side: 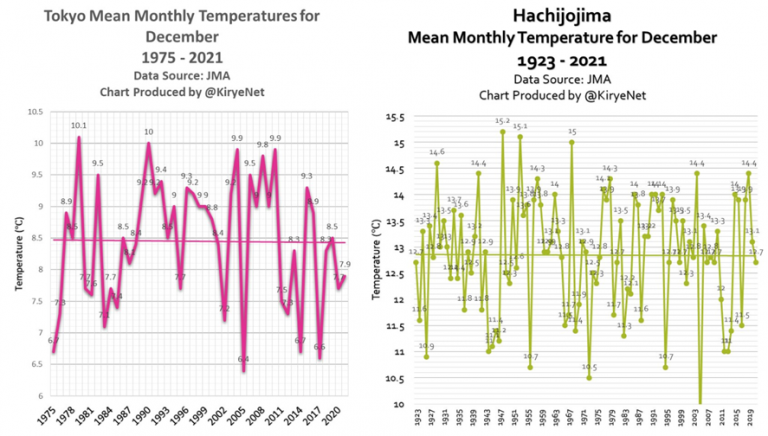 Since 1985, the mean monthly temperature for December in Tokyo has been flat since 1975.

The island of Hachijō-jima, located some 287 kilometers south of Tokyo, thus far away from all the urban sprawl and heat island affects, has also seen a flat mean temperature trend – since 1923!

Nothing unusual is happening at these two very different stations in December.

But that’s only a trend for a month. Now that December data are available, it is possible to update the annual temperature trend for these two stations.

First we plot the JMA mean annual temperature for Tokyo going back to 1994: 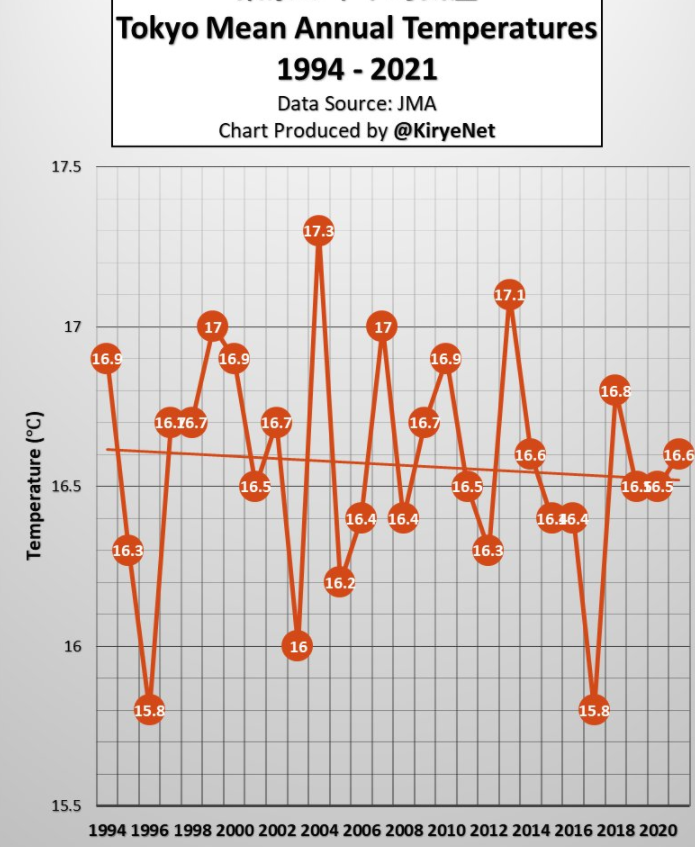 Obviously there’s something other than trace gas CO2 driving the trends there.

Moving offshore to the Tokyo island of Hachijō-jima, away from all the urban heat island affects, we look at the newest mean annual temperature going back to 1950.

Has it been warming or cooling? 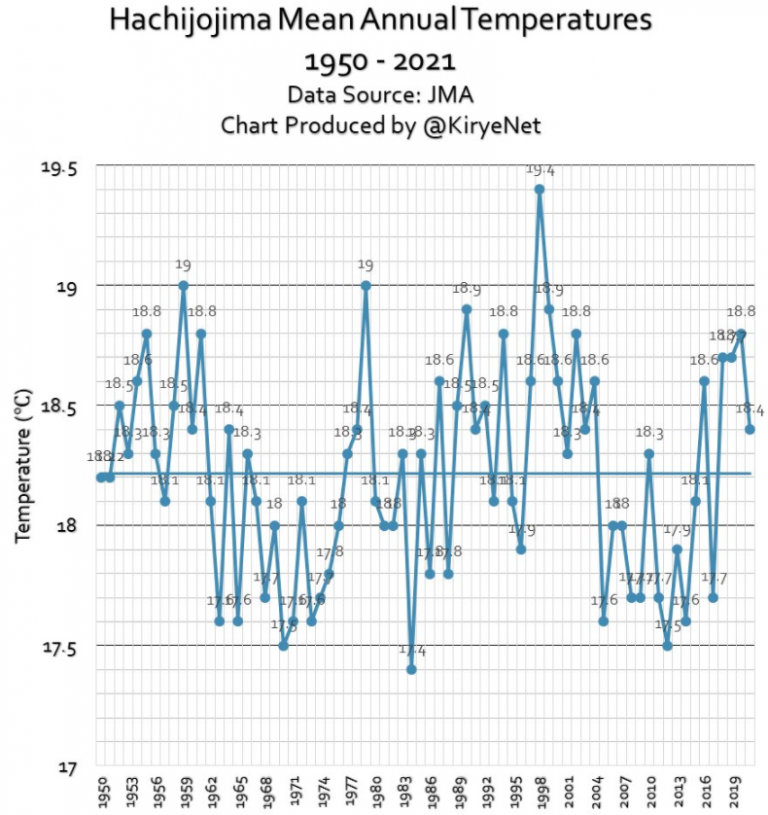 If we look closely at the chart, we see there’s something natural and cyclic behind the temperature at the island in the Philippine Sea, but overall no warming in over 70 years!