Wind turbines do not reduce surface warming. They enhance it.

But a new study (Qin et al., 2022) affirms the warming “saved” by emissions mitigation is easily exceeded by the direct surface warming from turbine-atmosphere interactions.

In assessing of the climate effects of 319 wind farms, the authors have determined wind power-warming can amount to as much as 0.10°C per year (1°C per decade) in nighttime temperature increases. They point out that other studies have also shown wind turbines cause nighttime warming of 0.3°C to 0.7°C per decade in states like Illinois and Texas.

The wind farm-induced surface warming can climatically be detected as far as 10 kilometers from the wind farm site.

So by dramatically expanding the use of wind power to cover larger and larger portions of the land surface area in the coming decades, “green” energy wind power policies may actually be having the opposite of their intended effect. 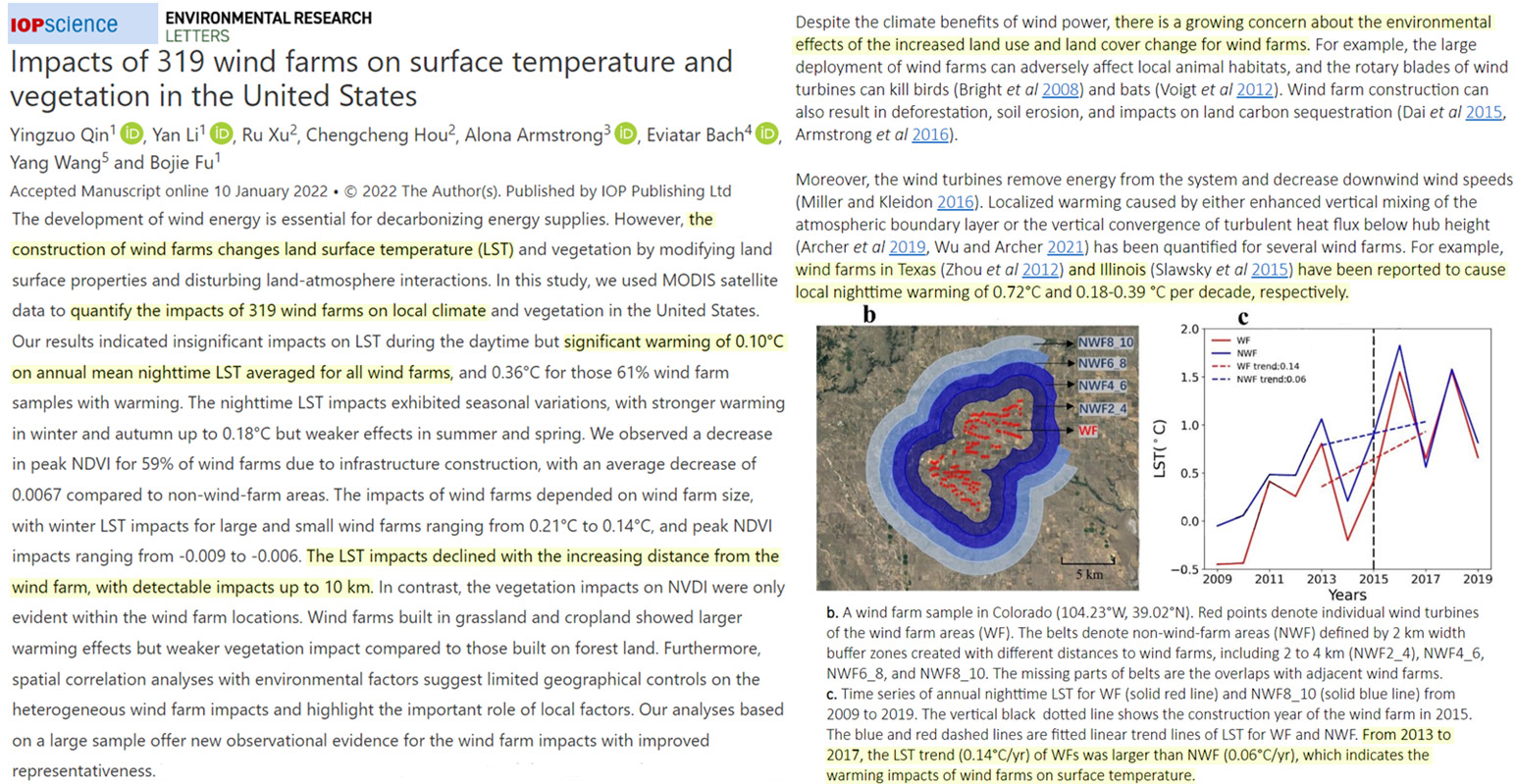 This new analysis is consistent with a 2018 study (Miller and Keith) asserting “wind’s warming can exceed avoided warming from reduced emissions for a century.”

Miller and Keith assessed the only way the expansion of wind power could actually net reduce surface warming instead of adding to it is “if global emissions [are] reduced to zero by 2080” (shown in green, below). Of course, with several Asian countries adding 600 coal plants in the coming decade, achieving “zero emissions” 50 or 60 years from now is hardly realistic.

The authors also suggested the net warming climate impacts (0.24°C in their study and up to 1°C to 2°C in others) induced by wind power can be detected up to 12 kilometers away from the wind farm sites. Thus, while the climate impacts may not be global in scope, the expected wind farm expansion in the coming decades due to “green” CO2-mitigation policies may serve to dramatically increase regional – and not just local – surface temperatures. 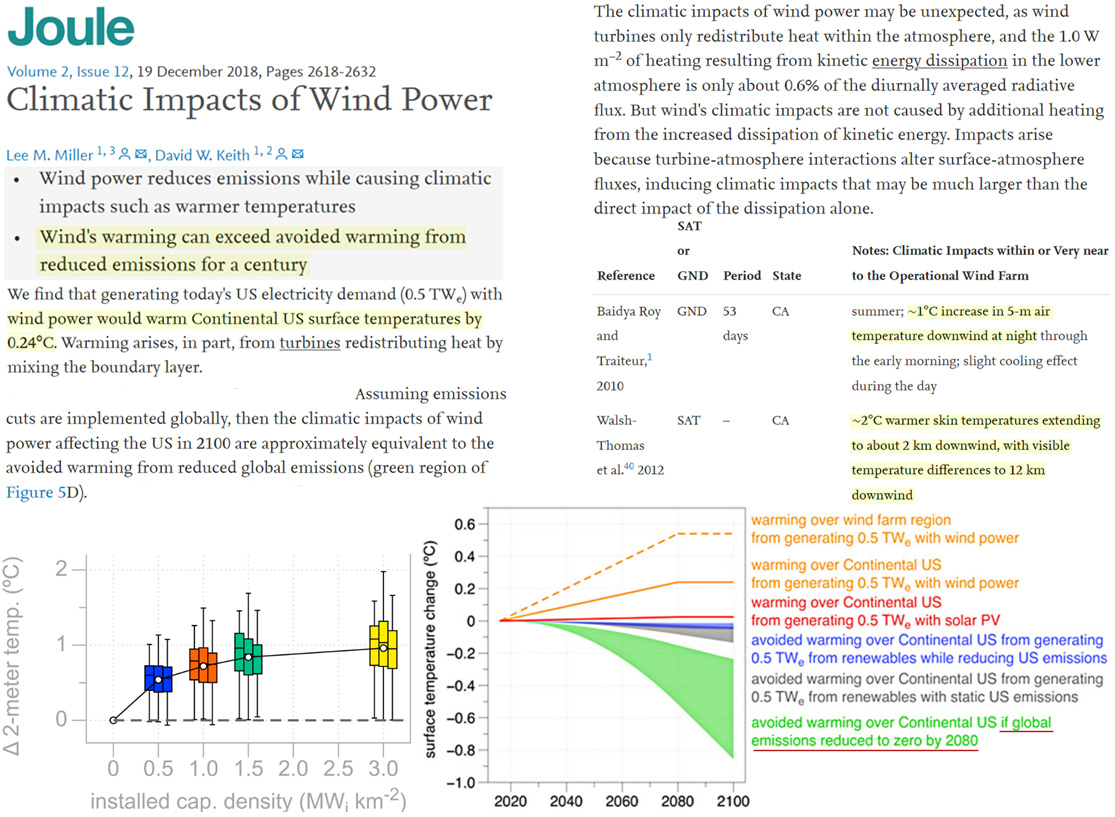 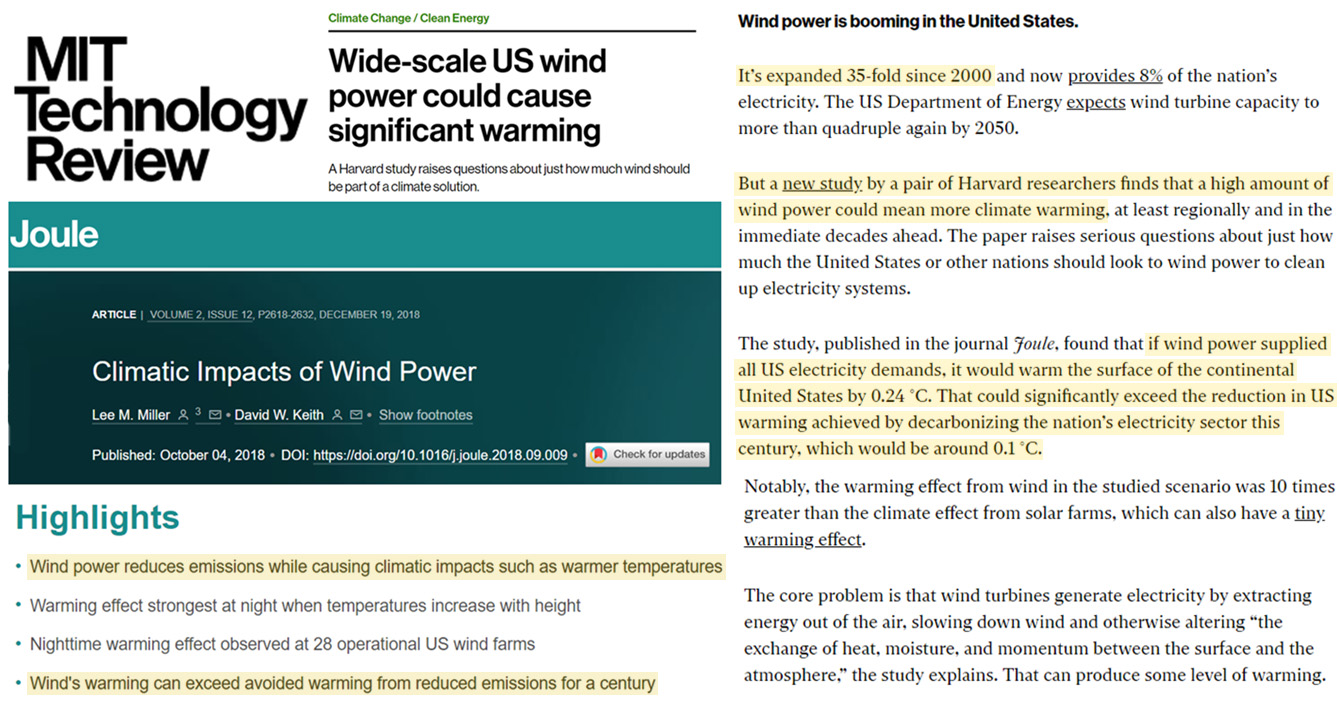