The IPCC CO2 Climate Narrative: A “Behemoth On Clay Feet” …Ready To Collapse

The earth’s history provides the solid proof that acquits CO2. The IPCC’s claim of CO2 being the dominant climate factor is a behemoth on clay feet.

Have you ever had an uneasy feeling when watching the aggressive, intolerant stance of the apologists of “man-made climate catastrophe” against all critics?

The overwhelming majority of our elites blame CO2 emitted by mankind to be responsible for “a runaway overheating” of our atmosphere. “The science” spearheaded by the Intergovernmental Panel on Climate Change (IPCC) calls for us to renounce fossil fuels and return to the frugal lifestyle of the 18th or 19th century.

You might well find you’re not alone with that unease, which is proliferating rapidly since social media giants have started to censor people daring to question the IPCC’s “science is settled” attitude. 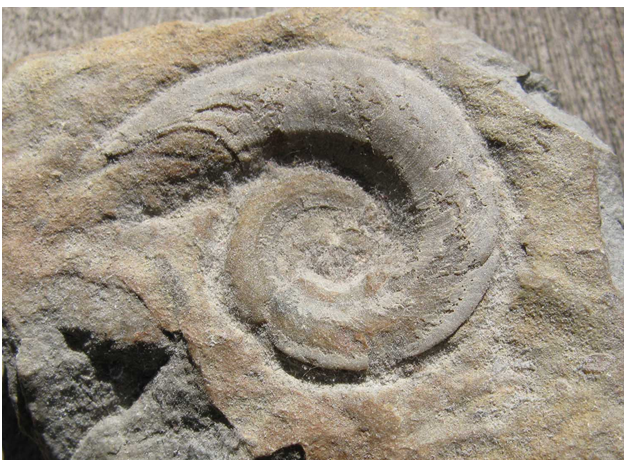 Figure 1. Enshrined in this fossil from the carbonate rocks on the Swedish island Gotland is CO2 taken from the system atmosphere/ocean about 400-430 million years ago (Photo: private)

First of all, when assessing climate change related topics, don’t feel cowed if you are neither a rocket scientist nor an atmospheric physicist with a doctor’s degree. Even such high-level scientists are just normal human beings getting paid for doing a job. Like most other citizens, they will do their best to fulfil the expectations of their superiors. And they will avoid putting their career at risk by criticizing the institutions that pay them a good salary. Quite naturally, they will cut corners and exaggerate the importance of their work and the contribution of their institutions to solving pressing problems of mankind.

Don’t try to beat them by arguing on the field where they have superior knowledge. The 4000-page IPCC reports and sophisticated but often dubious computer simulations are meant to impress the public and to obfuscate the basic facts of the papers that are presented.

For ordinary people, the best advice is to focus on the groundwork instead. Why? Because even a layman can prove a civil engineer wrong if his building does not stand upright. In the case of climate change topics, look at known historical facts or dare to do some back-of-the-envelope assessments of what is presented. You’d be astonished how simple it often is to prove quite some high-flying scientific findings flatly wrong because their basic assumptions are inadequate.

Such weak foundations invalidate the whole superstructure no matter how impressive it looks and how much work has been invested into it. Count on your common sense and keep in mind the biblical parable of the behemoth on clay feet.

One of the most popular tricks used when we are presented with climate predictions is that their proponents simply blank out the facts in parts of earth’s history that would not be in line with their claims. Our planet started as a white-hot molten lava sphere some 4.5 billion years ago. Over a timespan of just a few hundred million years, it cooled from several thousand °C to below 100 °C, the precondition for the first oceans to appear. And since that event, at least some 3.8 billion years ago, the earth’s cooling virtually stopped. Up to now, temperatures have stayed within a narrow range between 0 °C and maybe 60-80 °C. The undeniable proof for this is that organic life has been present on our planet since at least 3,45 million years 1), with geneticists even pushing this limit to more than 4 billion years ago. Furthermore, these genetic records suggest that since there has been no interruption in this heritage chain, temperature levels can never have strayed too far from this temperature window.

Planet earth thus has a fantastic thermostat that kicked in when oceans appeared and has kept temperatures in an astonishingly narrow range ever since. It functioned well throughout incredible catastrophes like giant asteroid impacts, changing chemistry of atmosphere and oceans, seismic catastrophes, formidable volcanic eruptions and a steadily increasing level of solar radiation.

To get an idea of what earth must have gone through, just look at the scars on the moon’s surface in a clear night. We received at least the same bombardment, but oceans, tectonic movements and erosion have graciously glossed over most of the marks. 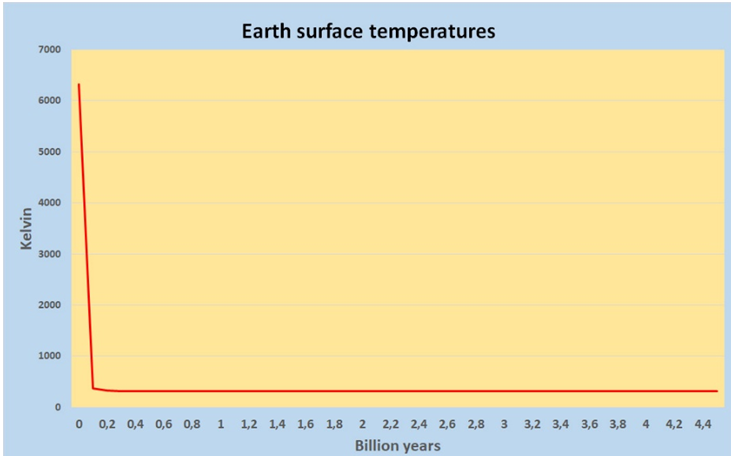 Figure 2. After earth had formed, temperatures dropped very quickly to below 100°C and remained within the narrow window that supports life ever since (Graphic: Author)

No engineer would could ever been able to imagine and install a planetary thermostat with such a fail-safe design and the ability to readjust after brutal challenges and changing operating conditions throughout such an immense period of time. It was simply unique. Until, that is, computers gave some clever people the ability to program climate simulations that stipulate that we are just a few years short of reaching a no-return tipping point that will ultimately extinguish mankind, if not all life on earth as well.

The incredibly turbulent and notwithstanding astonishingly stable climate history of earth holds many examples of conditions and extremes that are unknown to most contemporaries, with the exception of a small number of paleo-specialists.

Even worse, the scientific base of modern meteorology is very recent and barely spans more than about 150 years. And the worldwide network of weather stations had many blind spots and blank areas sometimes well into the 20th century.

Real global monitoring could only start when weather satellites started orbiting the globe since the early 1960s. The scientific basis for long-term analyses of weather and climate is thus quite short. For events further back in time, we have to rely on patchy historic records and proxies such as tree rings, dripstones or air bubbles trapped in glaciers. 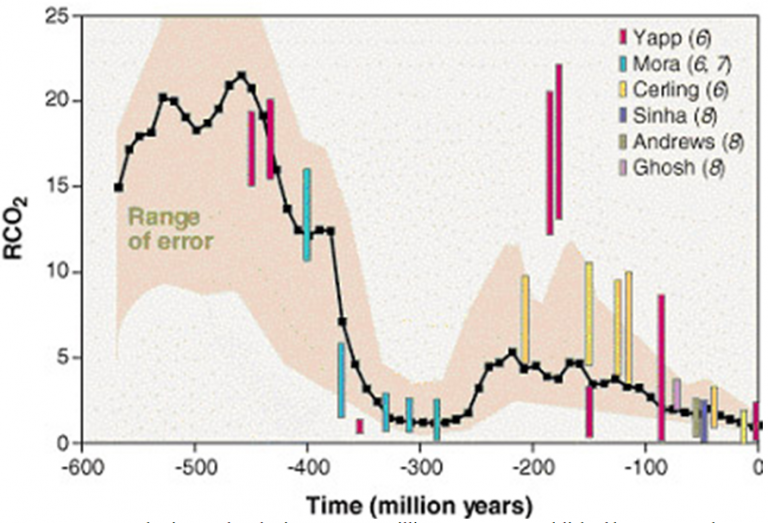 Figure 3. Atmospheric CO2 levels since ca. 570 million years ago established by Berner. The parameter RCO2 characterizes the ratio of CO2 in the historic atmosphere compared to the pre-industrial level of ca. 300 ppm (Graphic: Berner 2))

Flatly ignoring these shortcomings, many climatologists tend to extend the time span of their hypotheses as far back as possible by using terms such as “unprecedented”, “record high temperature” or “worst ever event”. Whenever you stumble across such claims, you should become very careful and make sure your wallet is well secured. Saving the climate is the costliest endeavor humanity has ever tried to tackle. The climatologist’s narratives simply phase out the major parts of our earth’s history when atmospheric CO2 and temperature levels were strikingly different. 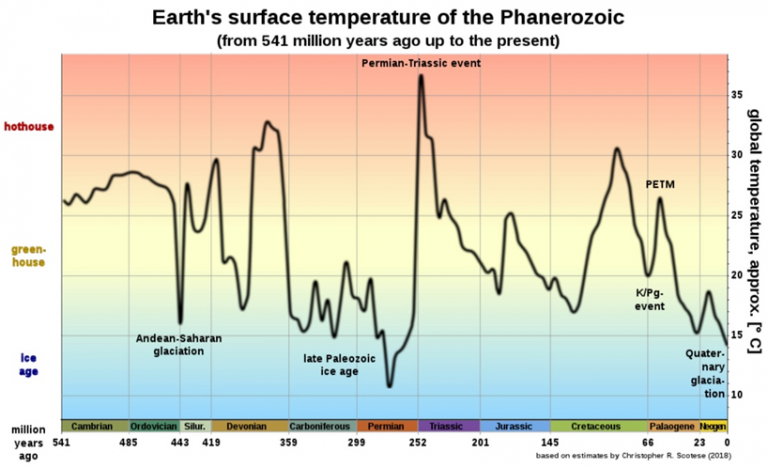 Fortunately, there are paleontological findings that enable us to get a reasonably realistic notion of the ups and downs of CO2 and temperature levels during the past some 590 million years. We thus know that over very long time periods, CO2 levels well exceeded the mark of 1,000 ppm, in fact reaching levels between 6,000 and 8,000 ppm early in the Cambrian period, Figures 3, 4.

Today earth is on the cold side

Figure 5 combines both pictures with CO2 levels and temperatures arranged over the same time axis. It can be clearly seen that there is a striking disconnect between CO2 pressure and temperatures. Global temperatures have ranged between more than 25 °C and down to 10 °C. Our current climate is one of the coldest our planet has gone through during the last ca. 600 million years.

These findings contradict the current warnings of a catastrophic global warming allegedly caused by the current “excessive” CO2 levels of about 420 ppm.

Life on earth thrived with more than 6,000-8,000 ppm CO2 as well as down to current levels of a few hundred ppm and with temperatures mostly largely exceeding while at other times falling well below our current normal of 15°C. 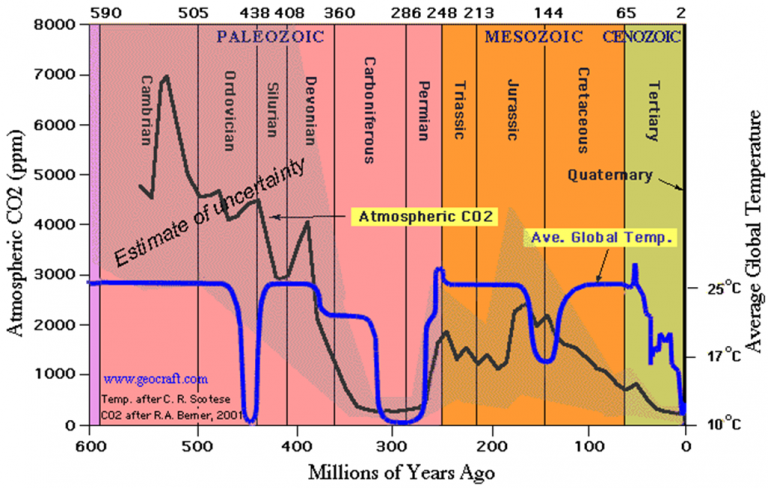 Of course, these facts haven’t pleased everybody in the well-funded and tightly-knit community of climatologists. A related chapter in the German version of Wikipedia for example cautions that “comparisons and conclusions with the present are problematic since the historic conditions (e.g. the reduced level of solar radiation and the absence of vegetation on land) completely prohibit the applicability with respect to the current Holocene period.”

This is a weak argument that simply tries to obfuscate that completely irrespective of the atmospheric models advanced to explain the evolution of the climate in these times, the following facts remain undisputed:

Why would 17°C be catastrophic?

So why should we believe that a temperature rise of just 1.5 to 2 °C from the current approx. 15 °C would be catastrophic for life on earth? 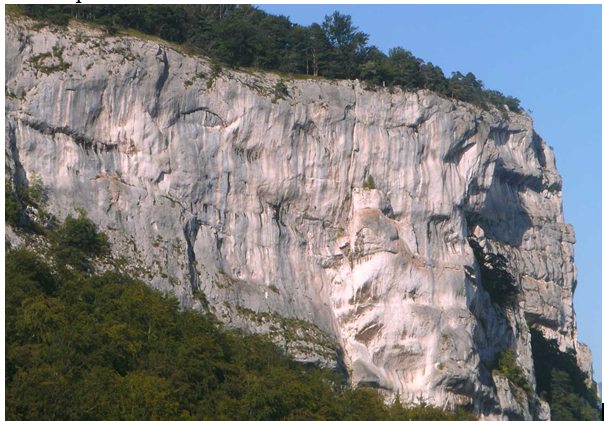 Figure 6. The enormous limestone masses of the Swiss Jura mountain chain have been built by corals and other shell-secreting marine creatures (Photo: private)

And these facts directly imply two other major points against the current climate narratives. We are constantly subjected to a stream of alarming news about coral reefs allegedly dying from high temperatures and “ocean acidification by CO2”. Both claims are invalidated by the fact that during hundreds of millions of years of much more adverse conditions, corals were so successful that they even defined their own geological era: the Jurassic. This name is derived from that of a Swiss mountain chain completely consisting of massive calcium carbonate rocks built from the shells of dead corals and other shell-secreting organisms.

Comparably massive limestone formations can be found on all continents, and we will later see that they played a key role in a specific biogeochemical mechanism that filtered absolutely tremendous amounts of CO2 from our atmosphere and oceans. This CO2 was sequestered away from the biological cycle by binding it in rocks where it will remain nearly eternally. Hadn’t that happened, we would nowadays have atmospheric conditions comparable to those on the planet Venus, with a pressure of 90 bars while temperatures reach up to 470 °C.

Corals have done well at much higher temperatures, CO2 levels

Contemporary corals are direct descendants of creatures that supported water temperatures and CO2 levels far above what they currently experience in our tropic oceans. Likewise, articles claiming that atmospheric CO2 levels of more than 400 ppm cause a life-threatening “acidification” of our oceans should be read with contempt. The same applies to publications claiming corals would succumb to ocean overheating and/ or acidification.

23 responses to “The IPCC CO2 Climate Narrative: A “Behemoth On Clay Feet” …Ready To Collapse”