Today we have an anecdotal example of how Germany’s mainstream media regularly misleads the public with manipulative crafted reporting. Nuclear power is hated and viewed as evil by the German media, so any possible trick to make it look bad gets the green light.

This time the ZDF went a little too far. Their excuse was horribly weak. 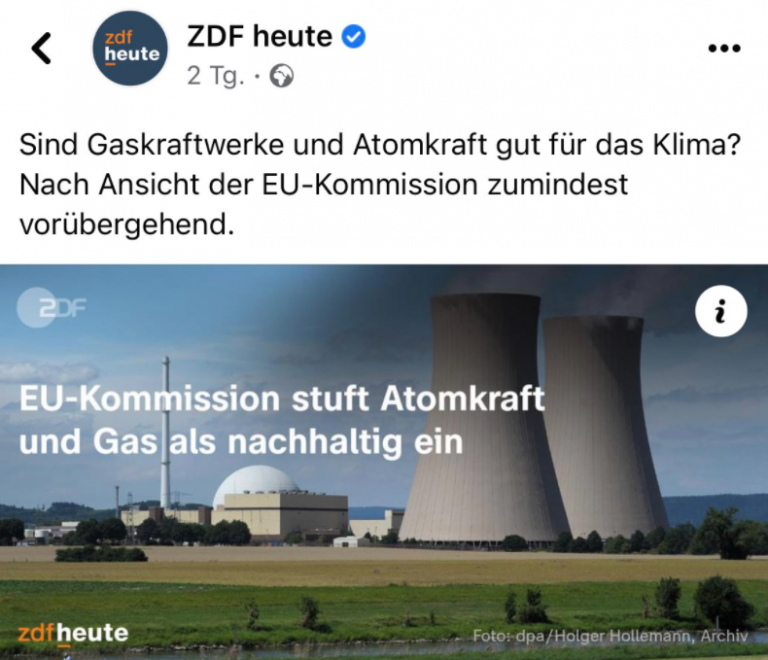 White smoke rises from a chimney in the Sistine Chapel to announce the election of a new pope. The equivalent is black smoke rising from a nuclear power plant. At least, according to ZDF and a website of the broadcaster.

There, a picture of a plant with two cooling towers, from which white steam is rising, was creatively reworked without further ado, as Bild reports. Black clouds can be seen above the power plant itself.

The broadcaster’s explanation: this was done afterwards to make the writing easier to see, seems rather contrived. There are other graphic means for that. It would have been far more plausible if the black smoke had signaled a successful works council election in the plant. Usually, car tires are burnt in this case…

The picture has been replaced in the meantime.

Black smoke: This is how broadcaster ZDF falsifies on nuclear power topic

The public broadcaster ZDF, which is financed by mandatory fees, seems to think its viewers are very simple-minded. In order to keep up the narrative of dangerous nuclear power, they have now apparently even enhanced the illustration of a report. Without further ado, white water vapor was made into black and very threatening smoke.”