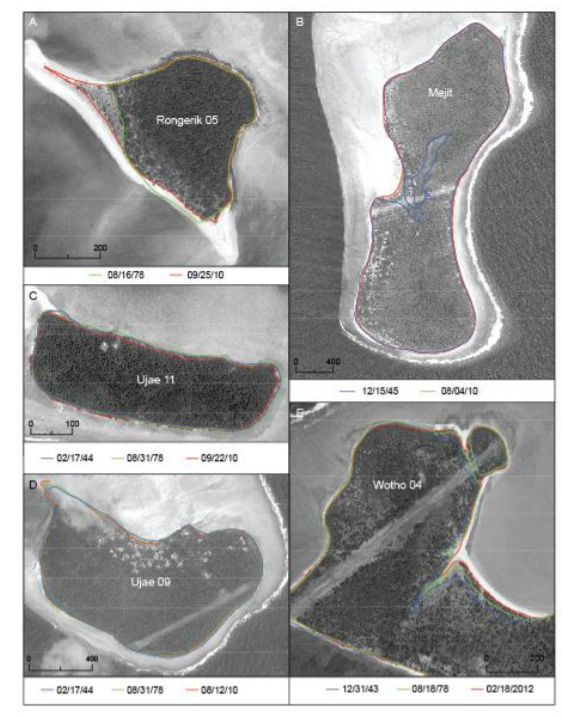 Last October, just before Glasgow Climate Conference, the World Bank issued a report with a dire warning for the Marshall Islands. It claimed: “Rising sea levels in the atoll nation of Marshall Islands are projected to endanger 40 percent of existing buildings in the capital, Majuro, with 96 percent of the city at risk of frequent flooding induced by climate change.”

The startling claims were based on “new visual models” and that the rising sea levels were due to co2-induced warming.

German climate site Die kalte Sonne here took a closer look at the dramatic claims and found the World Bank report had a grave error: they failed to account for the role that coral reefs play in island building.

A 2015 paper published by Ford et al indeed found that the opposite is happening: the islands are expanding and not sinking and shrinking. The paper’s abstract:

Using historic aerial photographs and recent high-resolution satellite imagery, shoreline changes on six atolls and two mid-ocean reef islands in the Republic of the Marshall Islands were analysed. Results reveal that since the middle of the 20th century more shoreline has accreted than eroded, with 17.23% showing erosion, compared to 39.74% accretion and 43.03% showing no change.”

Taken as a whole, the authors found a net result:

Die kalte Sonne called the findings “surprising”, and noted that the World Bank report made a serious mistake by neglecting the phenomenon that the islands are made of corals that grow along with sea level rise. When asked why the models ignored this critical factor, no reply was given.