Even though the atmospheric CO2 levels were a “safe” 265 ppm, the Primorye region of southern Far East Russia had average annual temperatures that were “2-5°C higher than modern ones” from about 8000 to 5000 years ago. Nearby, the Sea of Japan had surface waters 3-6°C warmer than today.

During this period the sea waters encroached 1 to 1.5 km farther inland than they do currently, as sea levels were “2-3 m above the present level”.

It was during these much-warmer-than-today climates that Neolithic cultures (Rudnaya, Boisman, and Vetka) “flourished”, or experienced maximum productivity and population growth. Sea waters that freeze today did not freeze during the Early to Mid Holocene. An Asian clam species that can only survive in warmth thresholds now found more than 500 kilometers south of the study area lived in this region during the Boisman period.

Climate oscillations that included centuries of colder-than-today surface temperatures with 1 meter lower sea levels also occurred in the study region. The Medieval Warm Period was at least a degree Celsius warmer and sea levels were about 1 meter higher than today during this period (8th to 13th centuries C.E.). 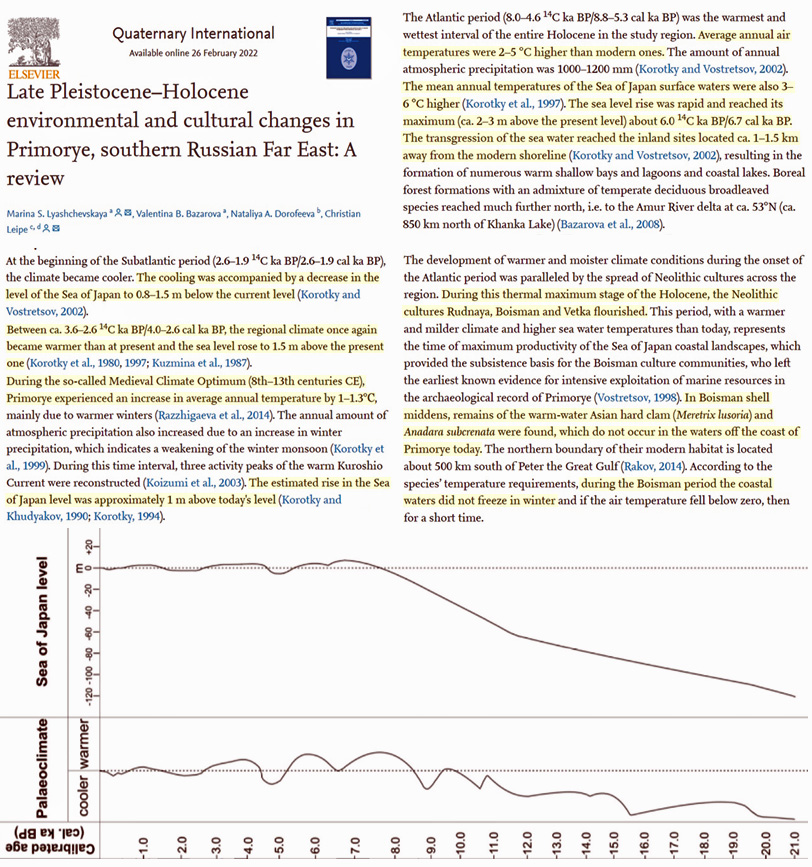