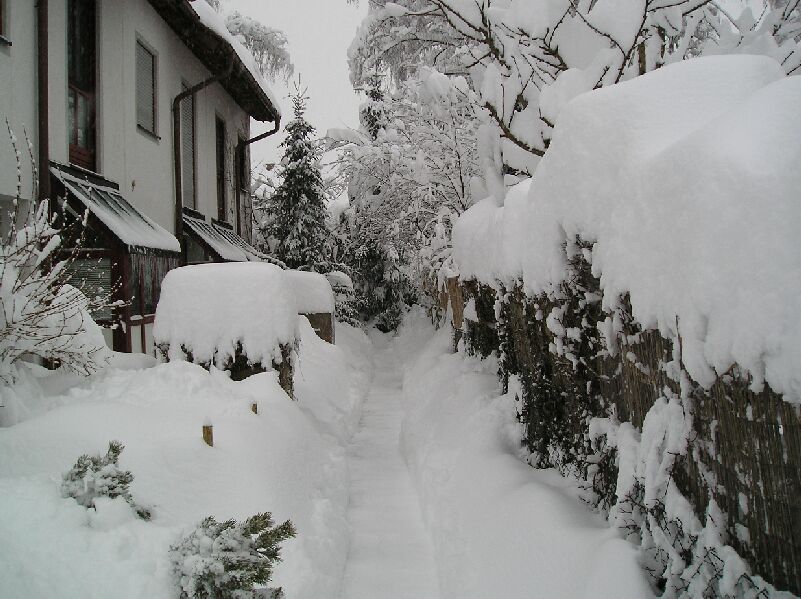 Unusually low temperatures have plagued Canada and the United States over the past three months. Even according to the UHI-ignoring jugglers at the NOAA, the meteorological winter was the coldest in North America since 2014. 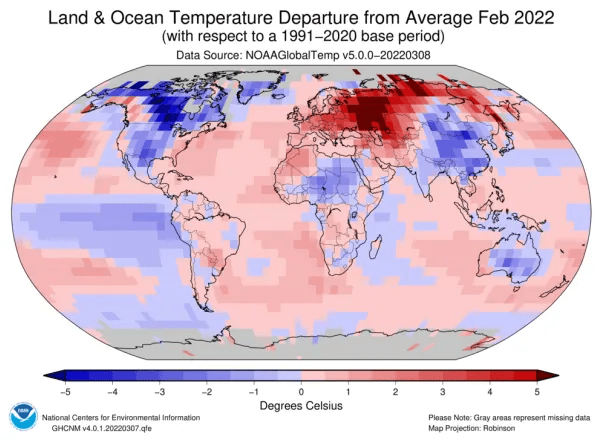 Taking NOAA’s data with all its glorious Urban Heat Island (UHI) bias as given, it also shows that from 2016 to 2022 (through March), a strong cooling trend prevails in the US and Canada.

Using the same dataset cited by NOAA in its most recent report (released in January 2020) and a similar 5-year period, it shows that temperatures in North America fell at a rate of 1.29°C per decade between January 2016 and February 2022. 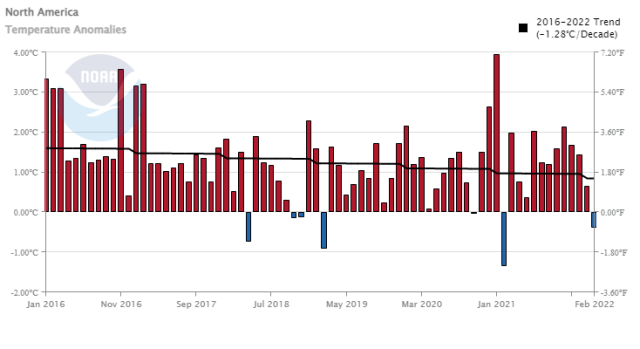 Figure 2: Chart of global temperature anomalies in North America compared to the mean of the 20th century [NOAA].

But why does the data show that North America is cooling while the planet as a whole is warming? Well, one answer might be that coverage by weather stations is very good in the U.S. and Canada, while it is very poor in much of the rest of the planet – and where coverage is thin (such as Africa and Siberia), NOAA simply estimates the temperature. This filling in of the gaps is justified by using readings from the nearest temperature stations as a proxy, but 1) this method does not provide an accurate global temperature record, since the nearest temperature station may be hundreds or even thousands of kilometers away, and 2) these stations are mostly located in cosmopolitan areas, and such areas are demonstrably subject to the heat island effect and thus naturally distort the overall picture.

When natural vegetation is replaced by buildings, sidewalks, and unwanted heat sources such as air conditioners and cars, the microclimate around a thermometer site changes. This extension of inner-city readings to entire nations is now likely the single cause of human-induced global warming.

With this guesswork, NOAA, in collaboration with a few other organizations (such as NASA’s Goddard Institute for Space Studies), has managed to create a completely unnatural linear temperature trend that will supposedly lead to an “unprecedented climate catastrophe” in the next few months/years/decades – no one can quite agree on the time frame; But one thing you can be sure of: We will all “fry” unless we restrict free speech, overthrow democracy and capitalism, and overhaul affordable energy in favor of expensive and failed renewables (see physicist William Happer’s opinion on this here).

In summary, North America’s good thermometer coverage may constrain NOAA’s “guesses” – i.e., the continent’s cooling trend may actually give us a picture much closer to global truth (I have no other explanation). But even looking at NOAA’s raw global data – i.e., before it goes through the government agency’s heat-causing filters – a cooling trend can be seen here as well – global land and ocean temperature anomalies tend to -0.14 °C per decade over the same time period. 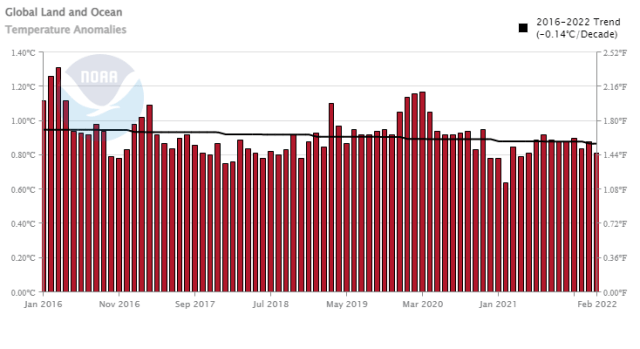 This global cooling is even more pronounced when looking at satellite data. Temperatures have dropped by about 0.71 °C since 2016 and are still dropping, see here.