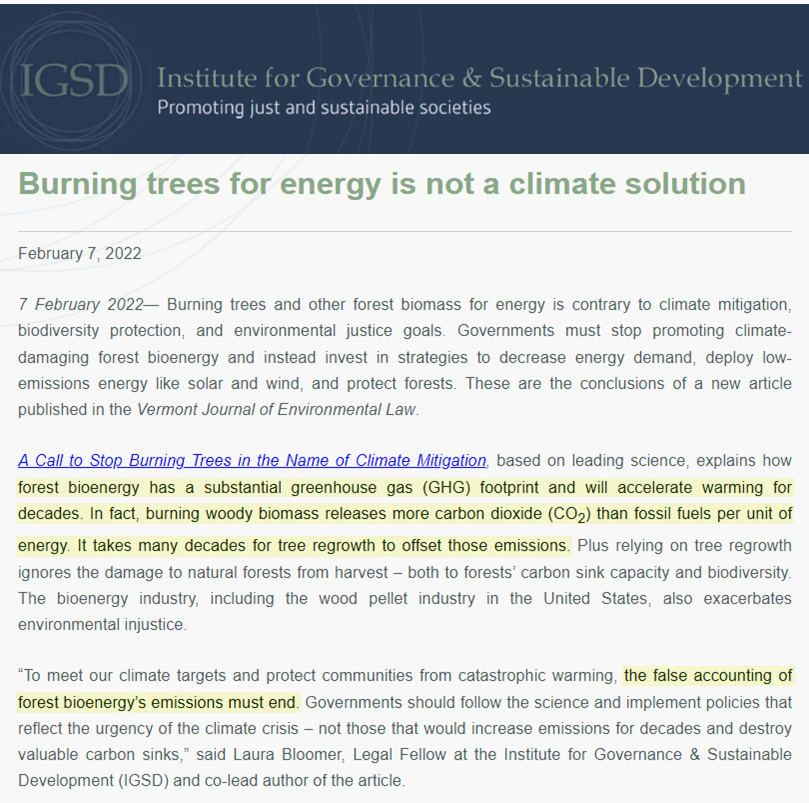 It is scientifically well known that (a) “the carbon emission from wood fuel is bigger by half than that from coal, twice that from oil and three times that from gas, for the same energy released,” and that it is (b) a “misleading concept” to characterize burning biomass for fuel as “carbon neutral” (Leturcq, 2020).

“‘Carbon neutrality’ refers to the supposition that, in sustainably managed forest-wood chains, the biogenic CO2 emissions coming from combustion or decomposition of wood are fully compensated, at all times, by the capture of atmospheric CO2 for tree growth. This supposition is unfounded in general, holding true only in static conditions, which are seldom met in practice. Furthermore, an additional harvesting implies a change in the forest carbon stock, thereby transiently suppressing this neutrality if it previously prevailed. Thus, ‘carbon neutrality’ is now widely recognized as a misleading concept.”

Since 2009 European Union (EU) policymakers have knowingly been using an “accounting trick” to classify burning wood from forests for fuel as a renewable and “carbon neutral” practice in its Renewable Energy Directive (RED) and Emissions Trading System (Bloomer et al., 2022).

The EU’s own scientists strongly oppose the classification of biomass-burning as carbon neutral. Policymakers prefer the chicanery. Consequently, around 60% of the EU’s “renewable” energy now comes from biomass-burning.

So while the EU has on the one hand banned natural gas project funding, thereby obstructing nearly 600 million Africans from finally achieving access to modern agricultural technology, refrigeration, transportation, hospitals, housing, schools, etc., they have simultaneously been busily burning forests for fuel and deceptively calling it “carbon neutral.”

And in the process of replacing natural gas- and coal-burning with forest-burning, EU countries have been emitting more CO2 than they would have had they just continued burning fossil fuels.

“In 2015, the burning of forest biomass emitted 330–380 metric tons of CO2, which researchers estimate is around 100 metric tons more than would have been emitted by the fossil fuels that bioenergy replaced.” 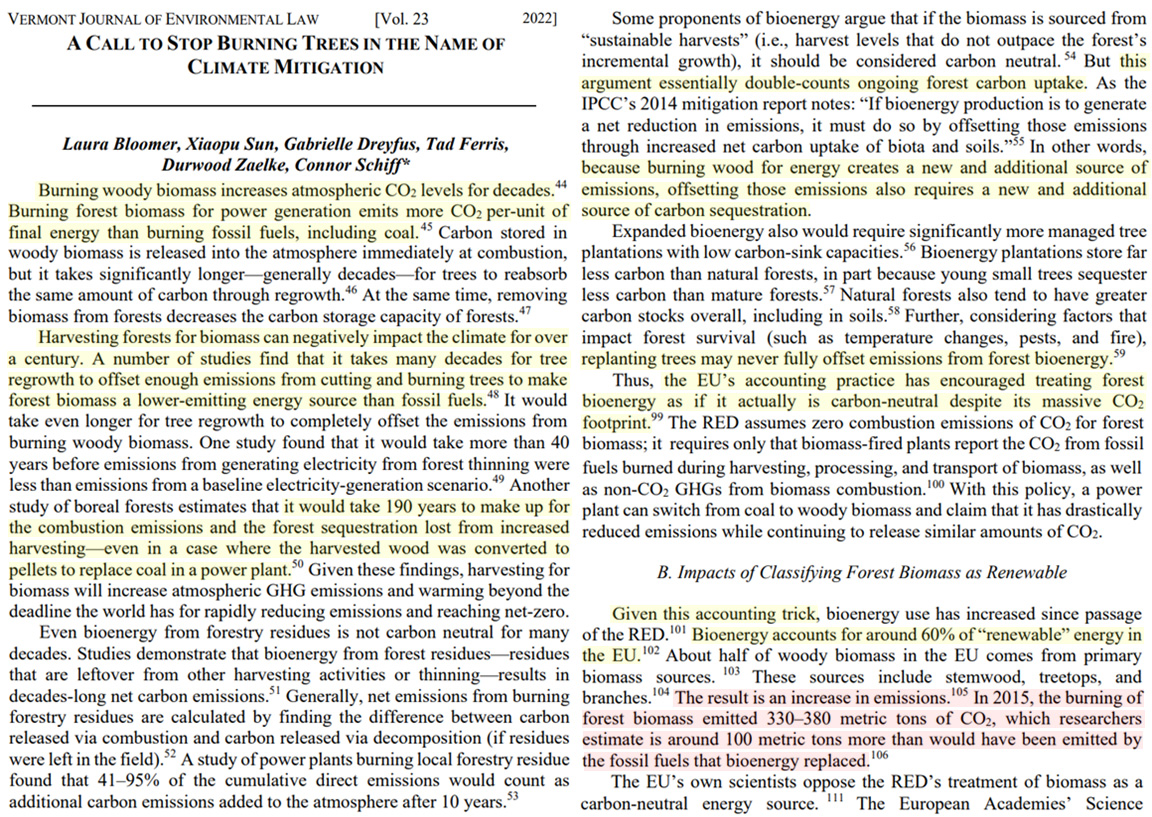 One more point on burning forests for fuel.

The carbon stored in woody biomass is released into the atmosphere immediately after it is burned. However, scientists (Malcolm et al., 2020) report the “payback period” required for trees to reabsorb the same amount of carbon through regrowth relative to using fossil fuel energy in electricity generation can range from 92 to 757 years.

In other words, what the EU is doing in relying on deforestation in electricity generation and banning the use of fossil fuels achieves the exact opposite of what is claimed.

It’s almost as if governments and policymakers are trying to worsen the environment, raise the cost of energy, and entrench people in poverty. 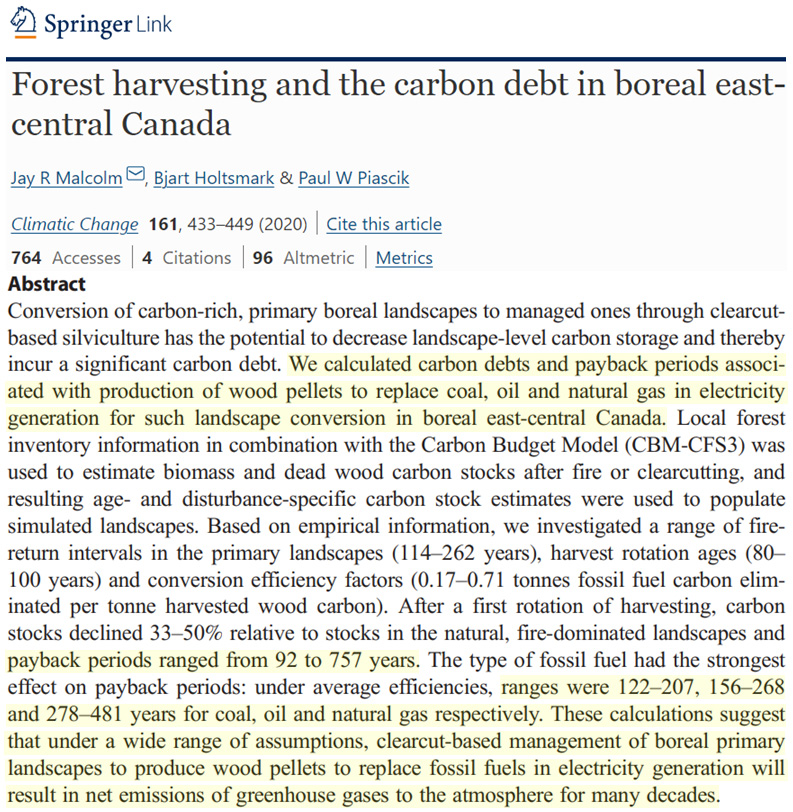