The mean temperature data for April, 2022 for Tokyo and its Hachijō-jima island in the Pacific from the Japan Meteorological Agency (JMA) have been released.

So is spring arriving earlier at these two contrasting stations. one massively urban and the other rural? The answer is “no”.

First we look at the April mean temperature data for the city of Tokyo: 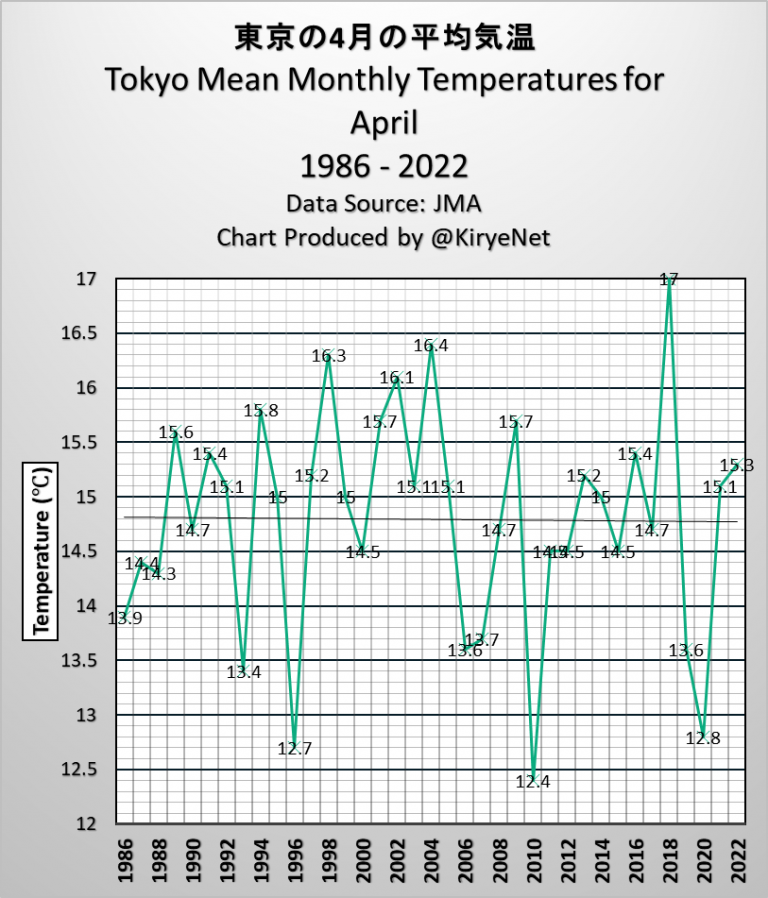 Looking at April mean temperatures for April since 1986, we see the month has in fact cooled slightly, not what we’d expect from a warming planet.

Next we look at the latest April mean temperature of the Tokyo offshore island of Hachijō-jima (located 287 kilometers south of Tokyo, in the Pacific Ocean) going back to 1945. The island is rural and free of the urban heat island (UHI) effects. 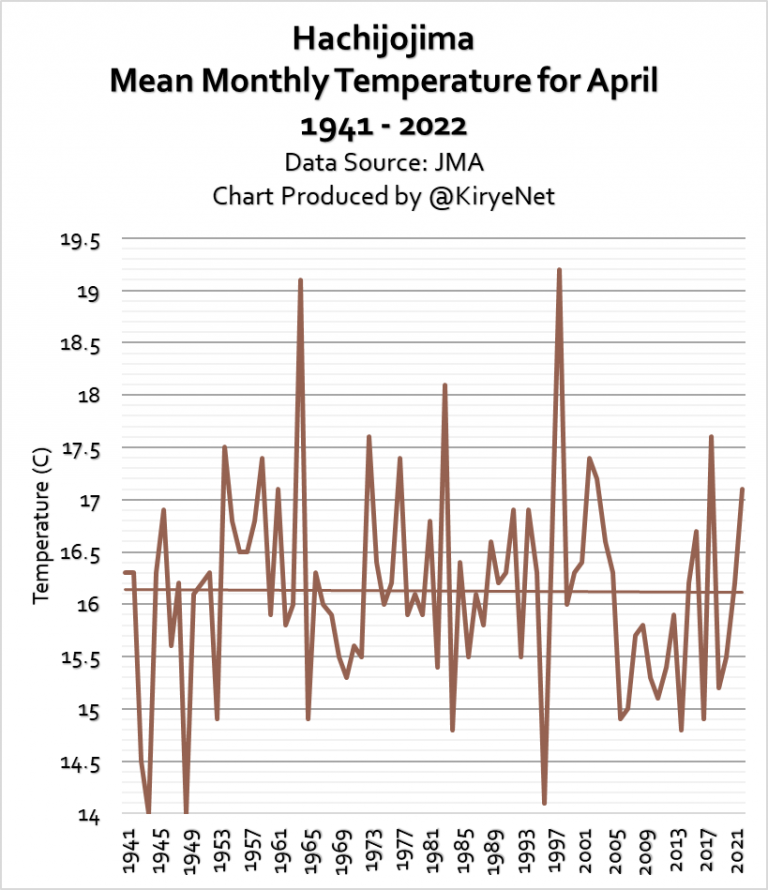 Here we see that the April mean temperature hasn’t risen in 81 years!

We also look at a plot we posted earlier that goes back more than 100 years and which compares Tokyo to Hachijō-jima – mean daily maximum temperature. Note how the UHI seems to have played a major role in Tokyo’s warming and how rural Hachijō-jima has been spared of the UHI warming:

But don’t hold your breath waiting for an explanation from the data manipulators at NASA GISS.