Austrian ski industry researcher Günther Aigner looks at the winter temperatures over the past 50 years at the famous Schmittenhöhe ski resort in the Austrian Alps, some 1,954 meters above sea level.

In the video, Aigner looks at how much winters have warmed over the period in question and whether it has had any significant impact on skiing. Global warming alarmists have warned that skiing would be dramatically curtailed as snowy winters disappear due to warming.

Aigner shows the winter mean temperature data, whose linear trend shows there’s been an increase of 1.0°C over the past 50 years. A trend Aigner describes as “not statistically significant” and well within the range of natural variability: 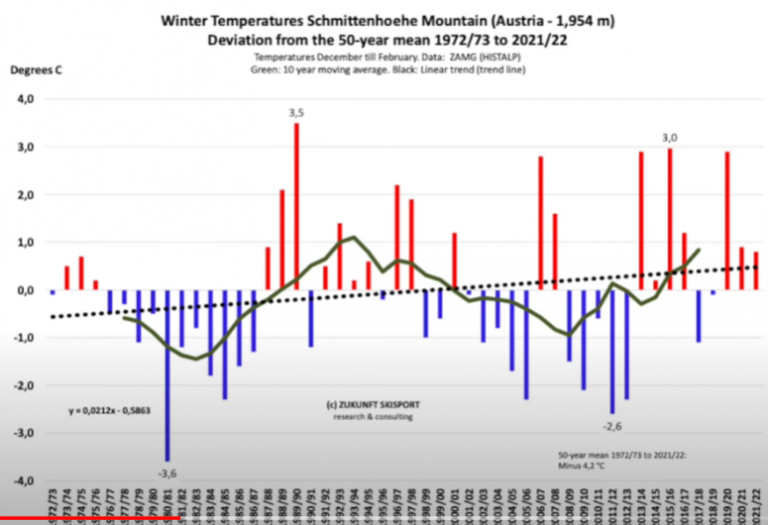 Note that the upward trend is primarily due to the very cold period in the late 1970s and early 1980s. Overall there’s been little linear change over the past 35 years.

Interestingly, the warmest 3-year period occurred in the winters of 1988 – 1990. Four of the top six coldest winters in fact happened in the last 16 years. 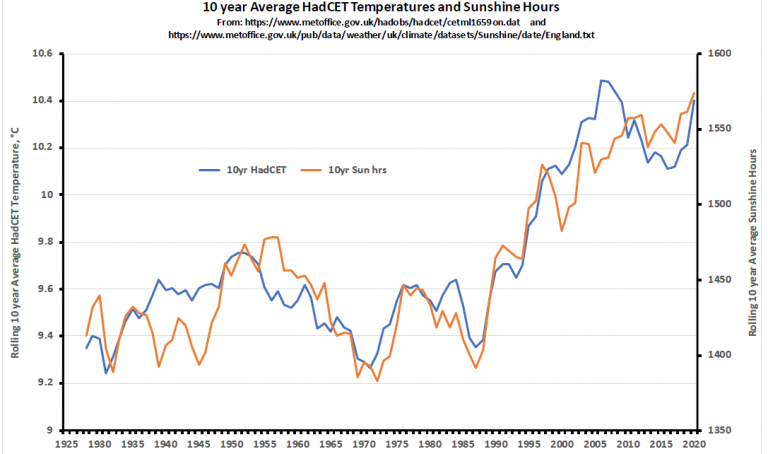 So far there has been no hard evidence offered to show that CO2 leads to more sunshine.

In summary, skiers need not worry about snow disappearing from the European Alps and can count on continued excellent conditions for years to come. Ignore the climate doomsayers.