Of all the possible reasons for a warming Arctic since 2002, it has been determined that “the clear-sky downward long-wave radiation caused by water vapor” is the dominant cause.

A new study says that when it comes to downwelling long-wave, water vapor, clouds, and temperature are the main factors determining its intensity.

“As is well known, atmospheric water vapor, clouds, and the atmospheric temperature are the main factors affecting the intensity of the downward long-wave radiation.“

Since the early 2000s, the Arctic has been rapidly warming. Some possible reasons for a warming Arctic posited in many recent studies include:

Phases of the Arctic Oscillation and Arctic Dipole

But the winner of the most likely culprit for winter warming since 2002? Based on a diagnostic analysis of the surface energy balance equation, it’s water vapor.

“[I]t has been determined that the clear-sky downward long-wave radiation caused by water vapor is the dominant factor affecting Arctic amplification in the autumn and winter.” 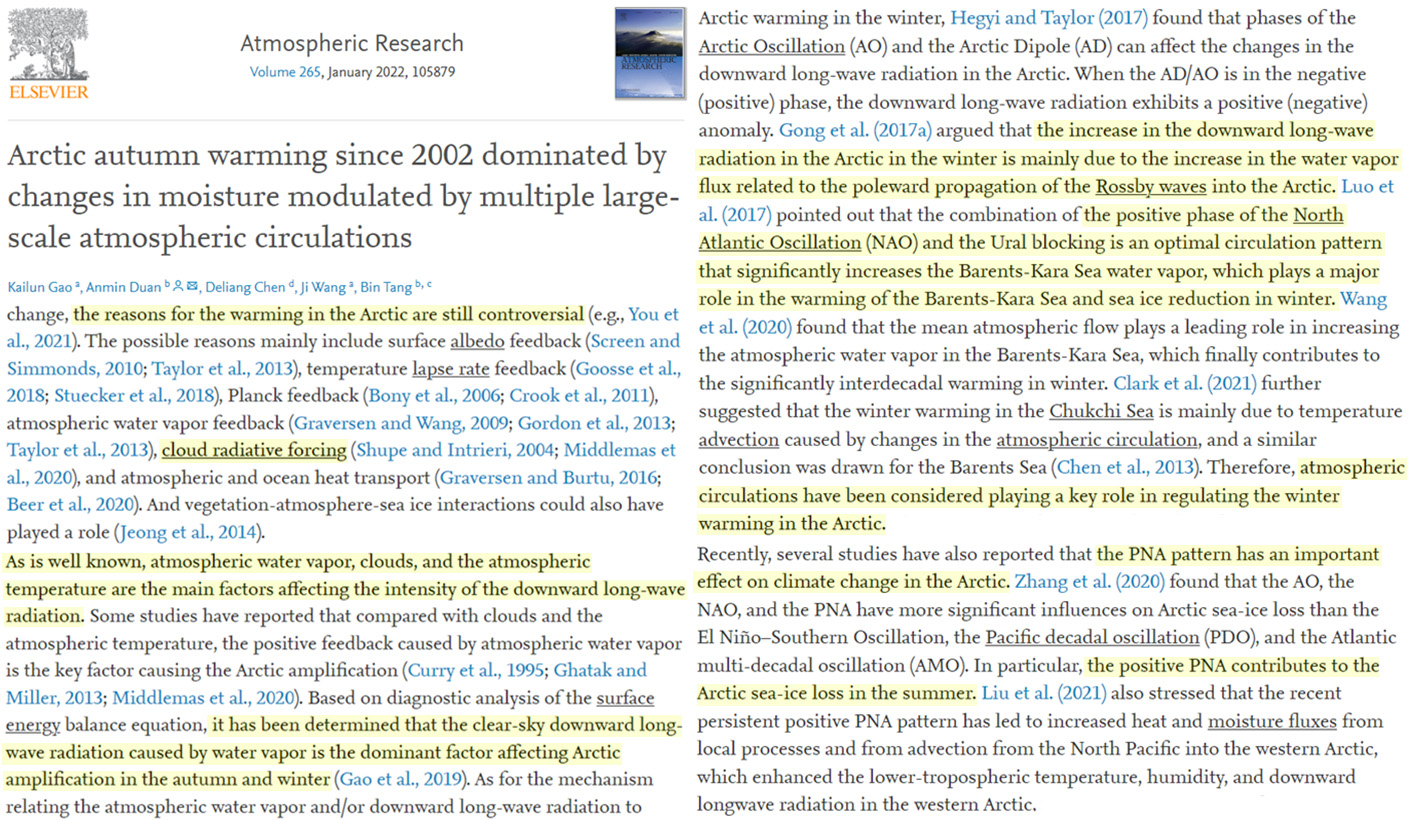 Anyone else notice the factor(s) that go unmentioned?

9 responses to “New Study: ‘The Reasons For The Warming In The Arctic Are Still Controversial’”