A new study indicates nearly all the Northern Hemisphere and Tropical warming in the last 40 years occurred by the late 1990s.

Interestingly, upper-air measurements of temperature from balloon-borne sensor radiosonde data, shown below in the image from a new study (Madonna et al., 2022), suggest there was more warming from the early 1980s to late 1990s – when CO2 only rose about 25 ppm (341 to 367 ppm) – than there has been this century.

Radiosonde measurements appear to depict mostly flat temperature trends since 1998 in both the Northern Hemisphere (25°N to 70°N) and tropics (25°S to 25°N). 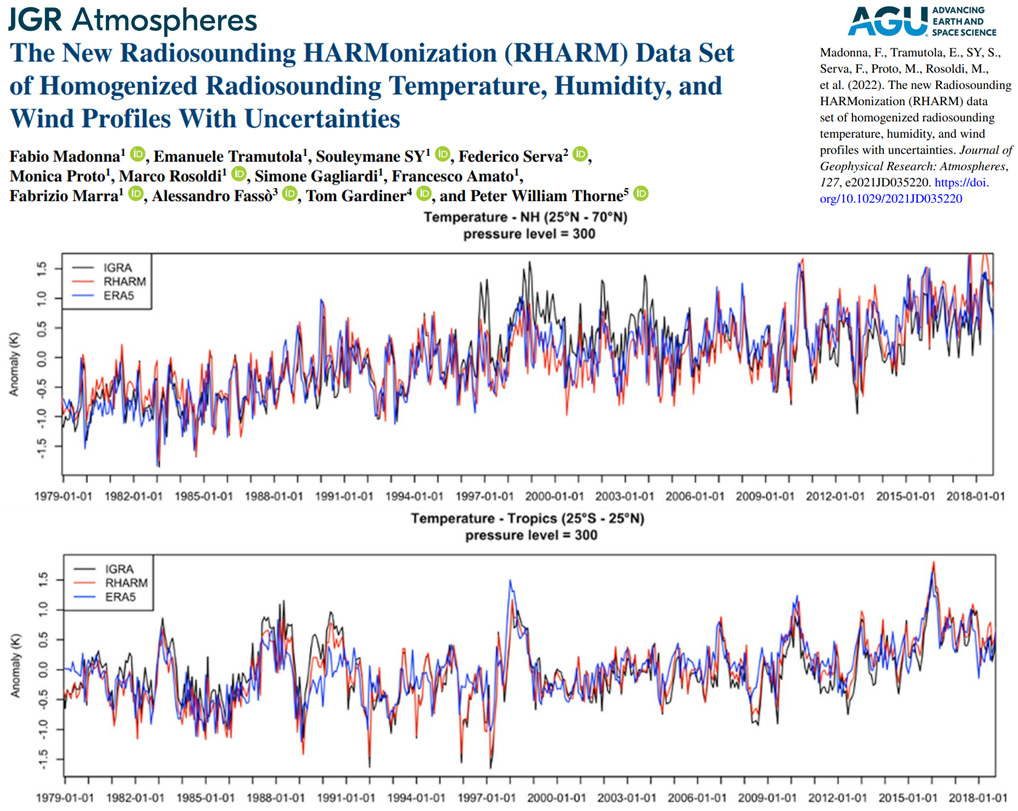 But according to the graphical depiction of global sea surface temperatures (SSTs) shown in Kennedy et al., 2019, SSTs rose about 0.6°C to 0.7°C during these 40 years. 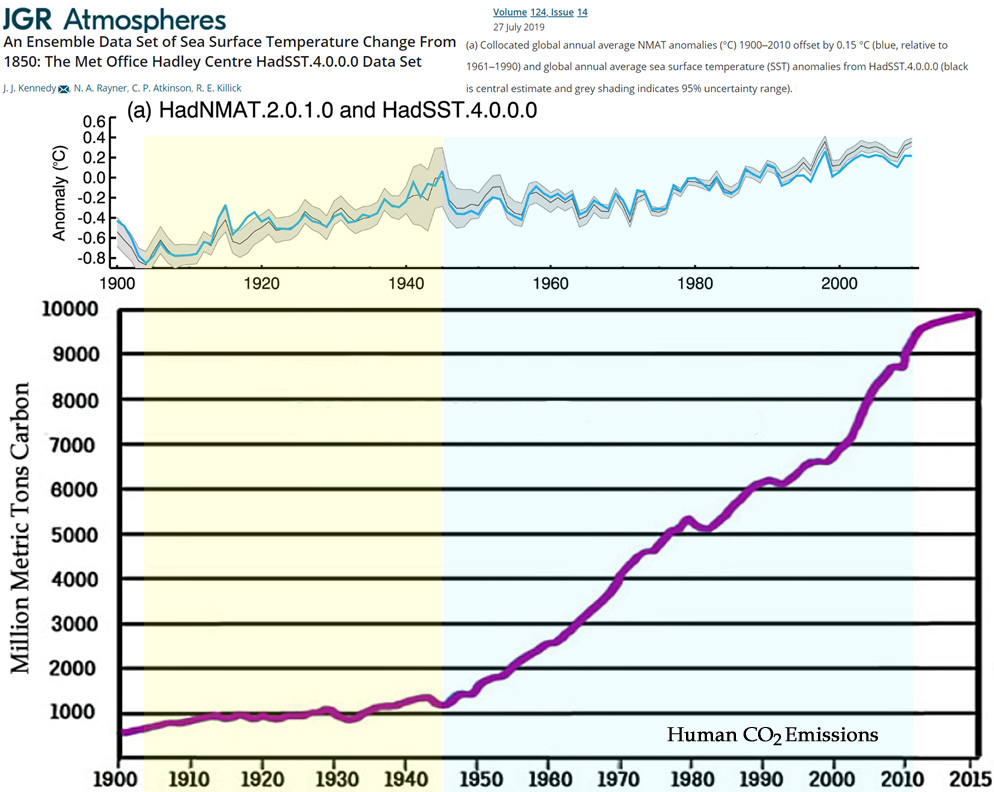