The German state of Hesse has one of Europe’s largest contiguous and undisturbed forest areas: the Reinhardswald, also known as the “treasure house of European forests” or “Grimm’s fairytale forest”.

The legal fight to rescue the treasured forest from windpark industrialization has begun. 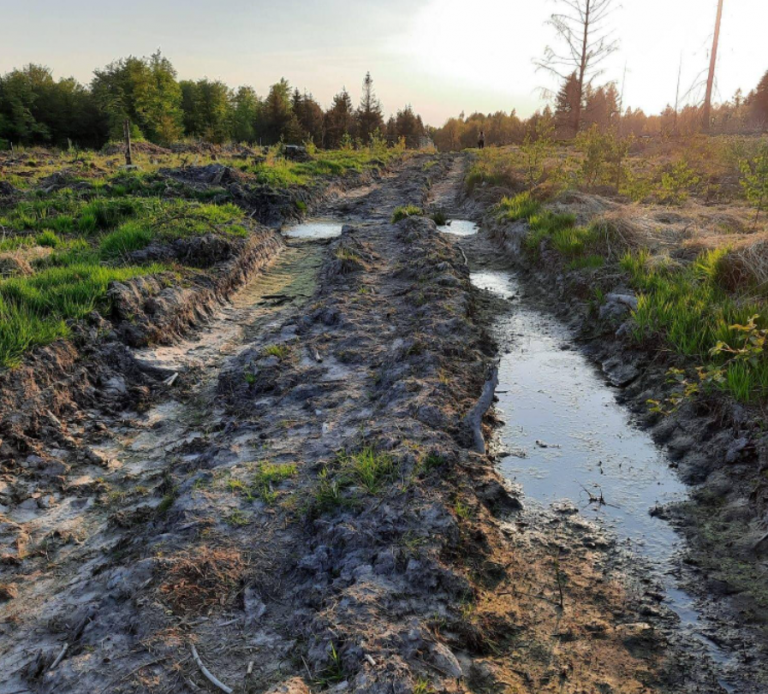 Though the mass environmental crime has already begun, conservationists are beginning to mobilize in earnest. Image: Rettetdenreihandswwald.de.

Tragically, green energy zealots have managed to gain approval for the construction of wind turbines on 7 so-called priority areas with a total of about 2000 hectares (= 20 million m²) in the thousand-year-old Reinhardswald.

The first 18 turbines have recently been approved, see map here. But approved is not built. Several lawsuits have since been filed. Plans are already underway on other areas in the Reinhardswald: 10 turbines are to be built on the KS26 location, 9 more on KS14.

And that would be only the beginning: Three areas are available beyond that. In total, 50 or more of these gigantic wind turbines could be built in the Reinhardswald.

Fortunately, the greed and enviro-criminal behavior is finally being met with stiff resistance from German conservationists. The battle to save the famous forest will be a long one. Finally there’s been a bit of good news.

The construction of the largest wind industrial area in Hesse in the heart of the 1000-year-old Reinhardswald has been stopped by the courts (for the time being). Lack of species protection precautions is only one of many conflict issues that make this insane project including 14 km of road construction impossible

The excavators were already set to go, but your commitment and donations have paid off! The construction of the huge wind industry area in one of the last, undisturbed forest areas in Germany has been stopped by a court ruling. The clearing of the forest areas, i.e. the forcible removal of tree roots from the sensitive ecosystem of the forest floor, has been halted for the time being.

All in all, the killing of the strictly protected dormouse in the 1000-year-old forest is only one of numerous problems because of which several environmental associations and communities have filed a complaint with the Administrative Court in Kassel.

In addition, there are numerous other violations of the permit conditions, e.g. the failure to comply with the requirements for amphibian protection. With our own eyes, we documented, among other things, huge rainwater-filled channels in the vicinity of the construction areas, which were populated with more than 40 amphibians (strictly protected Alpine newts, threadfin newts) and reported them to the Kassel Regional Council. Only a few days later we found these biotopes driven through and filled up (see photos). There is no trace of the newts….

Donations to support the lawsuit: https://bit.ly/rdrfbspenden

The wind industry area in the Reinhardswald must be stopped! Hesse’s largest, (still) intact forest needs your help.