The globe continues cooling off since surface temperatures peaked from the 2015/16 El Nino.

The NCEP/GFS analysis shows May to be the coldest month globally so far this year and the coldest May since 2015, with a deviation in 2m temperatures of only about 0.38°C from the outdated (colder) WMO climate mean 1981-2010. 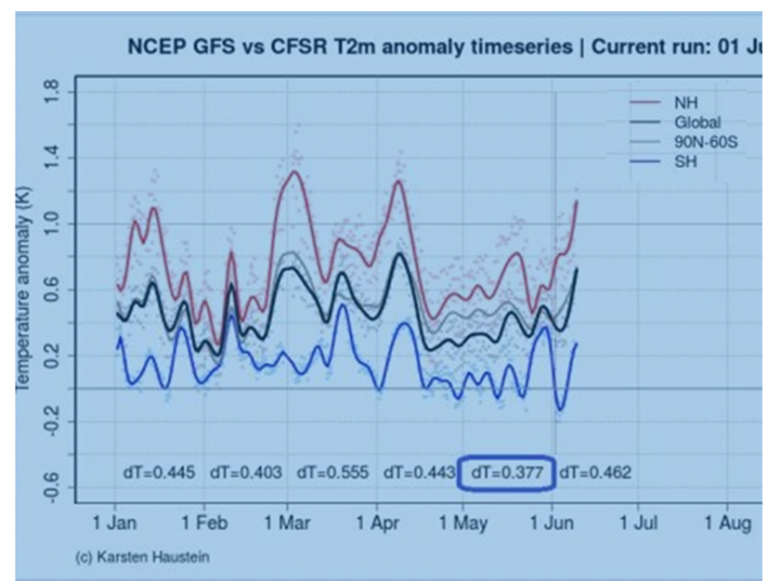 Especially the Southern Hemisphere (SH) has cooled strongly (blue line). The new solar minimum, La Niña, and the Tonga volcano are working to further cool the globe. The data in the graph above were also “adjusted” using the NASA/GISS warming factor, but are significantly lower in unadulterated reality.

The global cooling trend since 2016 is also confirmed by the unbiased satellite data from UAH in May 2022. 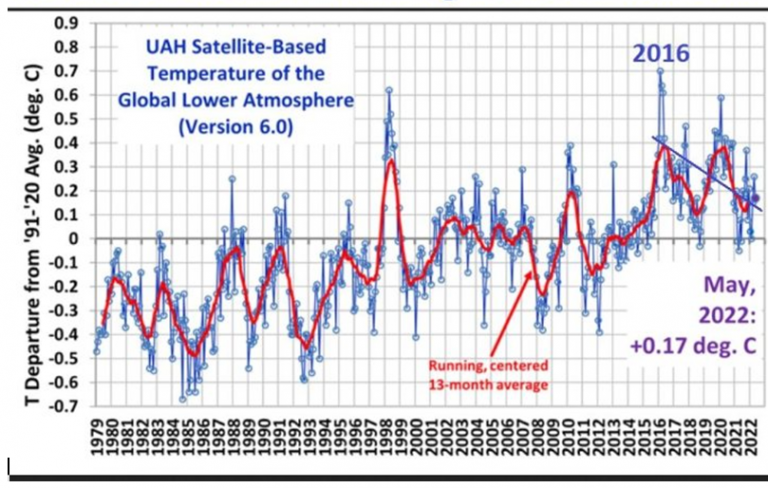 Add to this the huge eruption of the Tonga volcano in January 2022, which also contributes somewhat to global cooling with its SO2 cloud up to 19km high.

One may state: After a so far average temperate and average wet year 2022 in Germany, no model expects a heat or drought summer in Germany.

As far as central Europe is concerned, no models are currently projecting a hot summer plagued by drought and heat.

11 responses to “Global Surface Temperatures Have Cooled 0.5°C Since 2016”