A new study finds the modeling-based claim that cloud cover changes are only responding to anthropogenic CO2 forcing as a feedback – and not functioning independently as a forcing – has (again) been contradicted by observations.

Since this is a water planet, and since clouds are formed when water vapor turns into water droplets, it is a tad disconcerting we are now being warned by the “expert” class that clouds may “disappear forever” as the Earth warms. 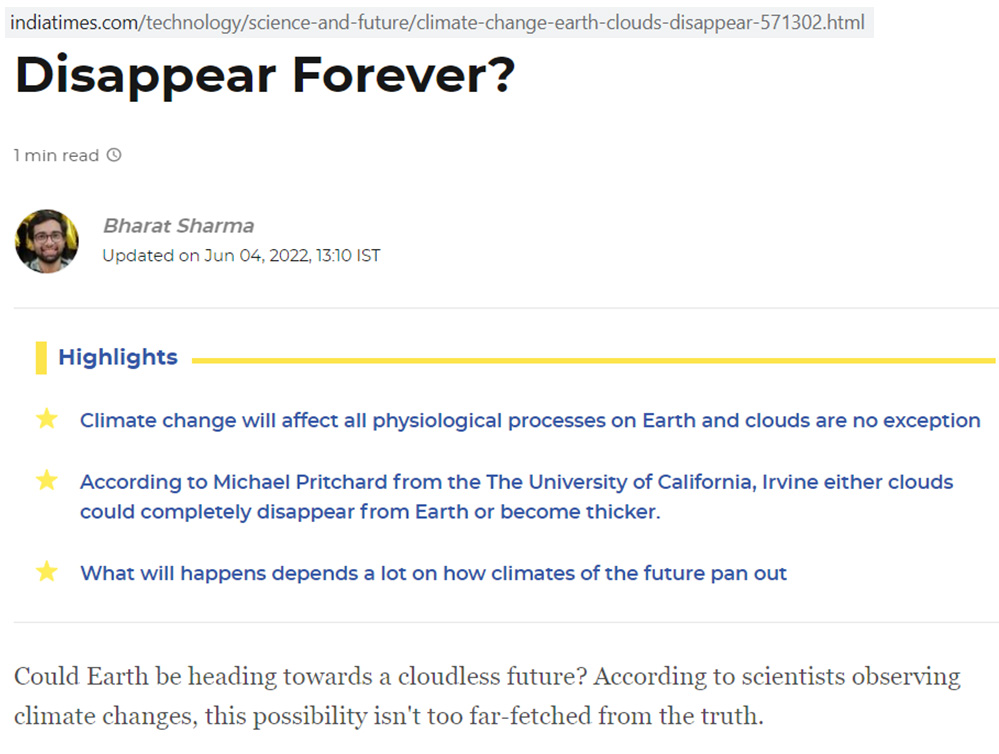 Of course, even a casual observation of the seasonal cloud cover variations affirms that clouds increase in Arctic summer (warmer) and decrease in winter (cooler). 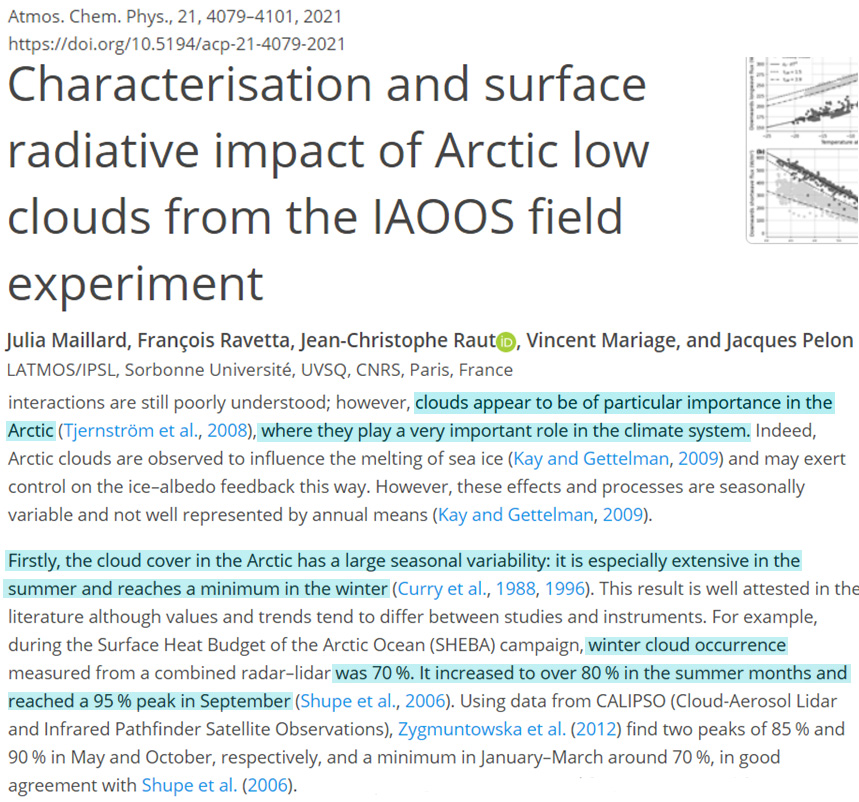 Now, another new study shows cloud cover clearly declined globally from 1983-2017. The mechanism driving the change in cloud cover is unknown, but other scientists have chalked it up to “internal unforced variability“.

The nearly 4 decades of falling cloud cover resulted in a net positive radiative forcing, heavily contributing to global warming over this period.

In contrast, IPCC climate models claim clouds only respond to (positive feedback) CO2 rise, or warming. But, as noted, the opposite occurs in observations: clouds increase as it warms, and increasing clouds leads to (net) cooling.

Therefore, the data clearly show “the cloud cover decrease could not have been caused by the increased surface temperature…and was not caused directly or indirectly by CO2” (Jonas, 2022).

So the models are wrong. Cloud feedback is negative. CO2 doesn’t cause the cloud changes, and thus an increase in shortwave forcing associated with a decline in cloud cover also occurs independently of CO2 or human influences. Consequently, “climate models and the IPCC over-estimate the effect of the atmospheric CO2 change.” 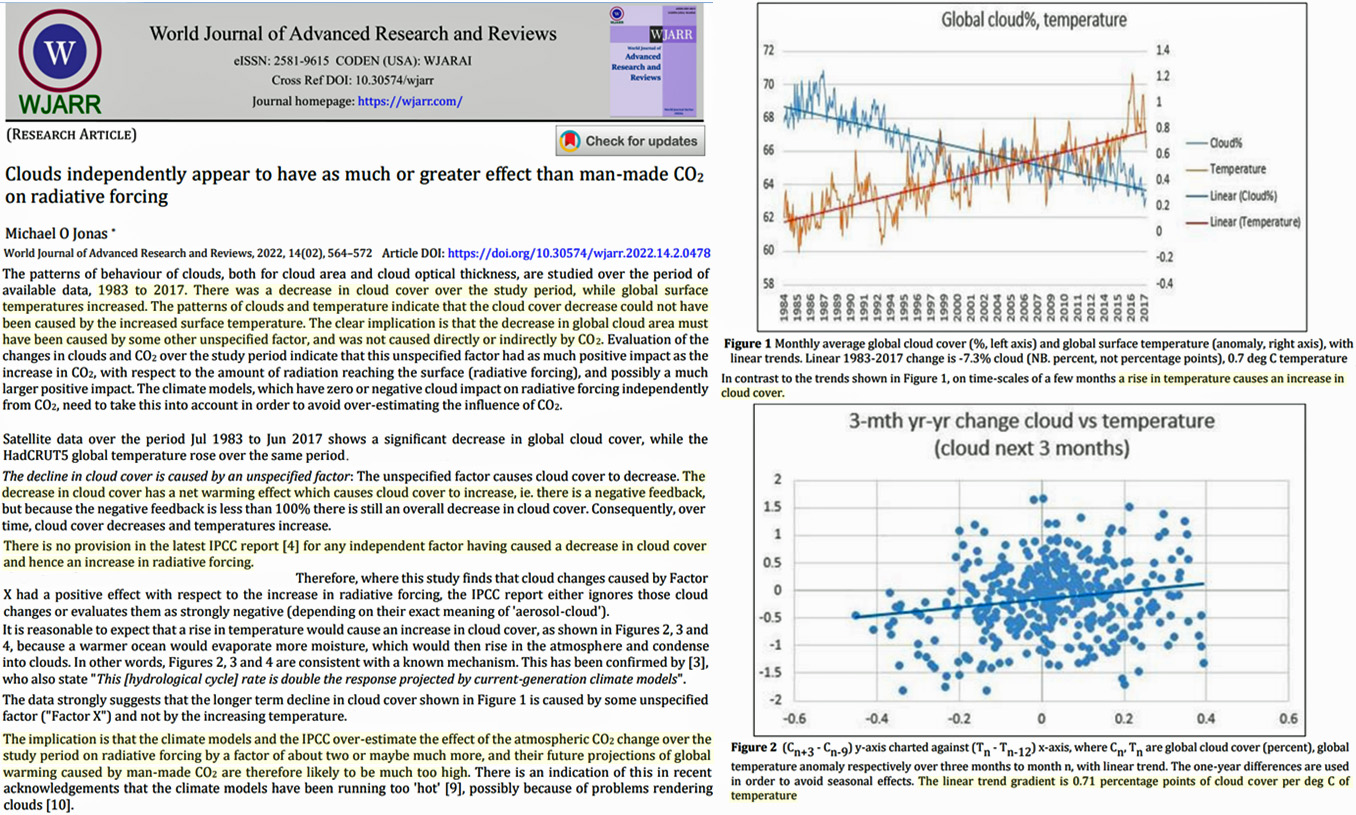 8 responses to “Alarmists: Clouds May ‘Disappear Forever’ With Warming. Observations: Clouds Increase As It Warms.”