From about 11,000 to 9,000 years ago the summer solar irradiance absorbed by the Earth’s surface has been estimated to be 40-60 W/m² greater than today from latitudes 40°N to 70°N (Ullman et al., 2015). These values seriously undermine the claim CO2 is the driver of climate change. 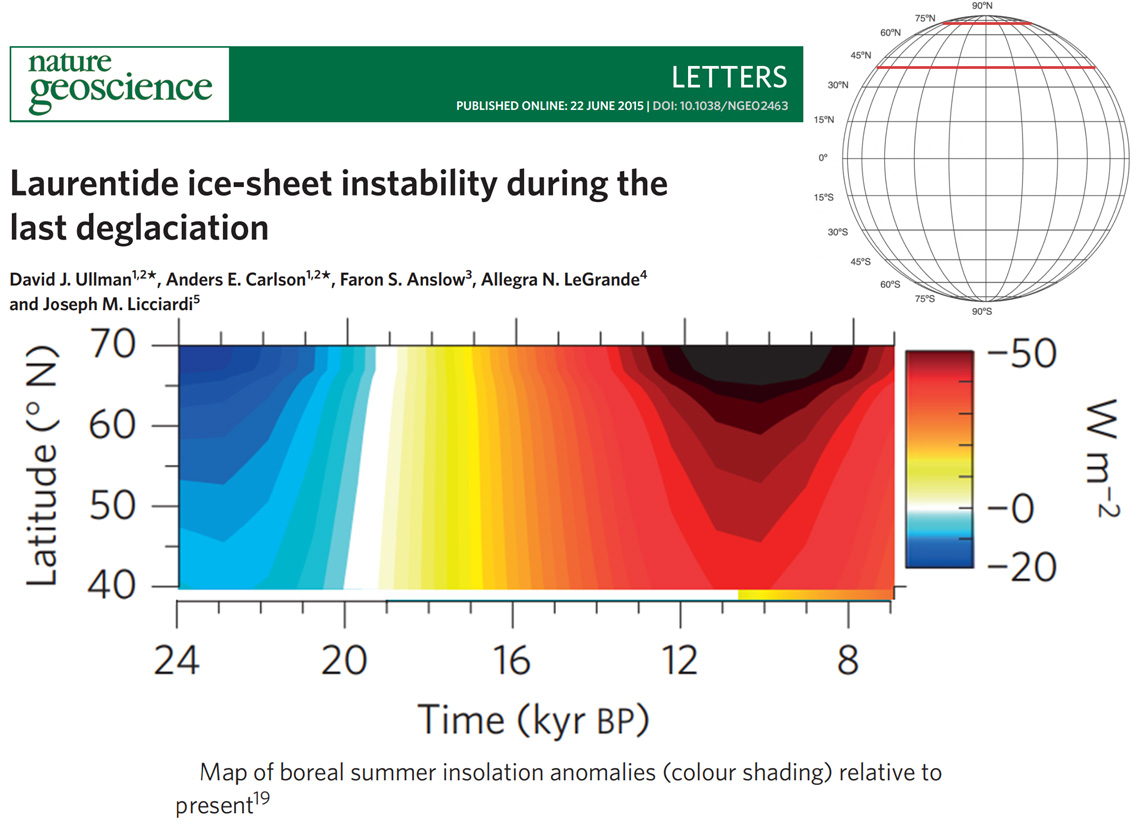 Despite these much higher insolation values, surface temperatures have been estimated to be only a few degrees warmer than today at these latitudes during the Early Holocene. 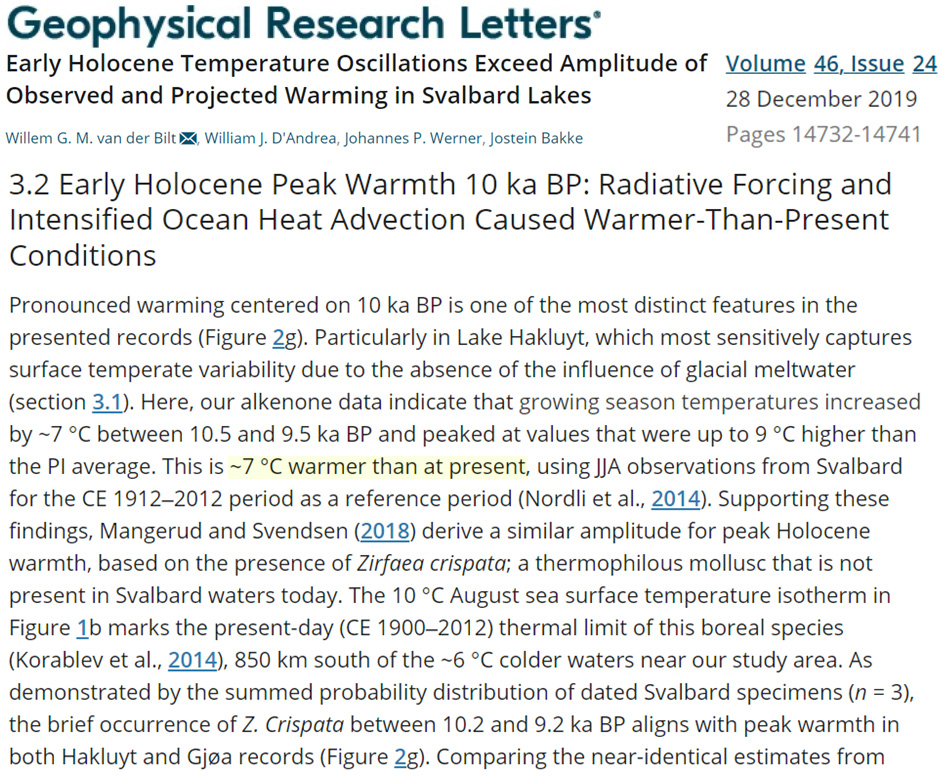 So if an additional 60 W/m² radiative forcing only elicits a 7°C surface temperature change, the effective sensitivity of a 1 W/m² perturbation to the surface energy imbalance would be about 0.12°C.

This formula (1 W/m² produces 0.12°C surface warming) has been reproduced by NASA and other scientists using satellite observations. 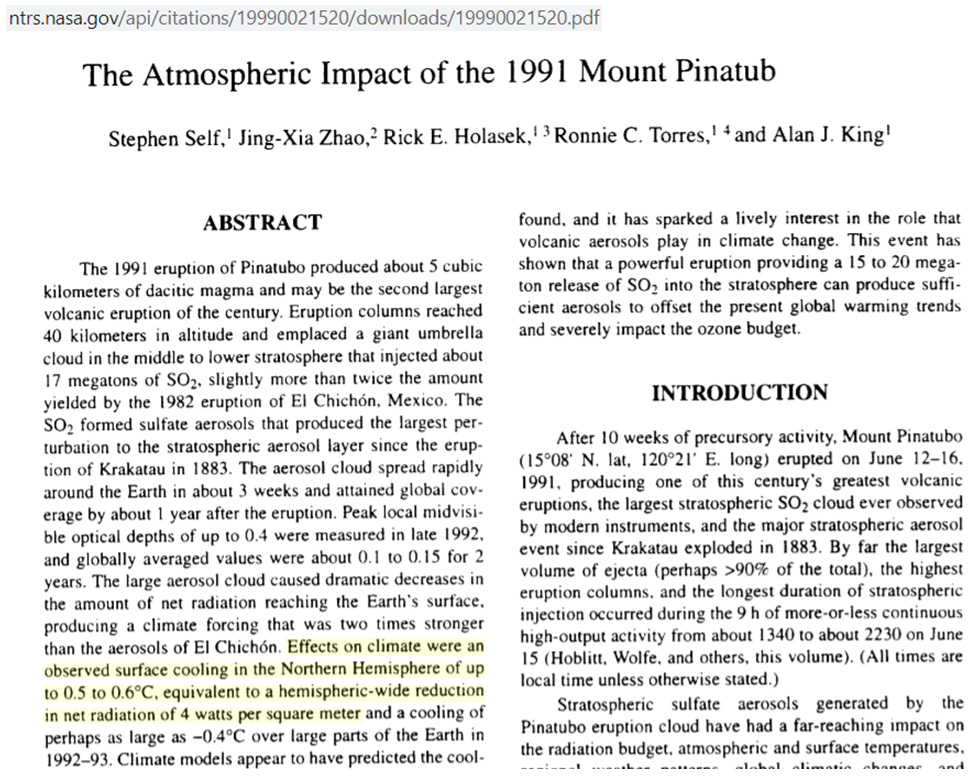 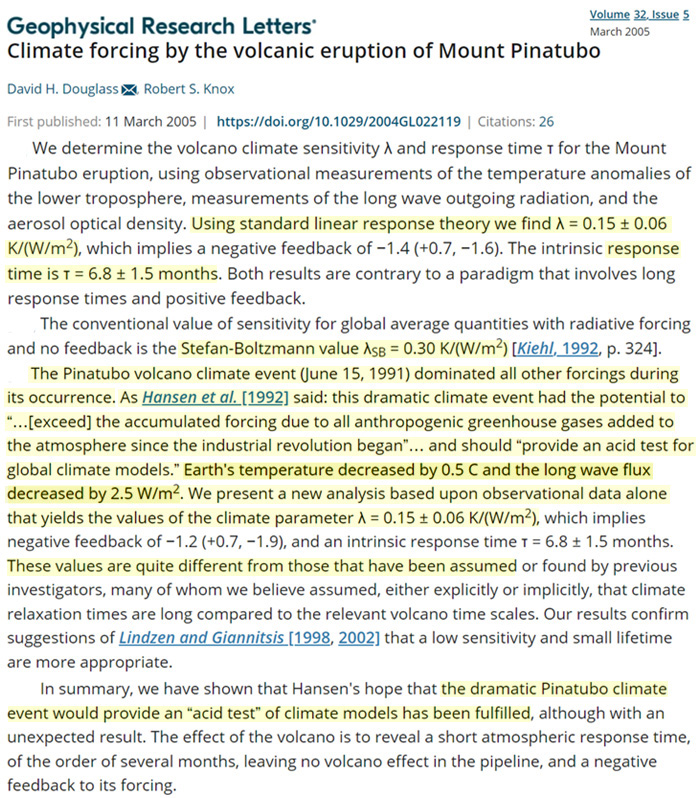 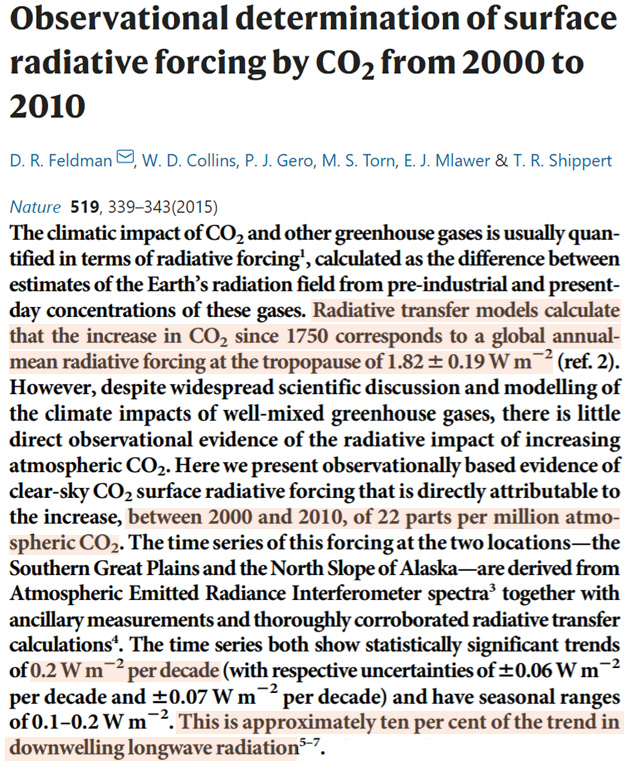 So, using this formula, it would take 110 ppm (40-50 years) to produce a positive 1 W/m² surface forcing imbalance. This would only produce a temperature change of, at most, 0.15°C.

Bellamy and Barrett (2007) have likewise suggested the doubling of CO2 could only represent a temperature change of “0.6 – 0.8°C” with the addition of 280 ppm CO2 since the pre-industrial era. This estimate uses the assumption that doubling CO2 produces a 3.7 W/m² top-of-atmosphere (TOA) forcing. 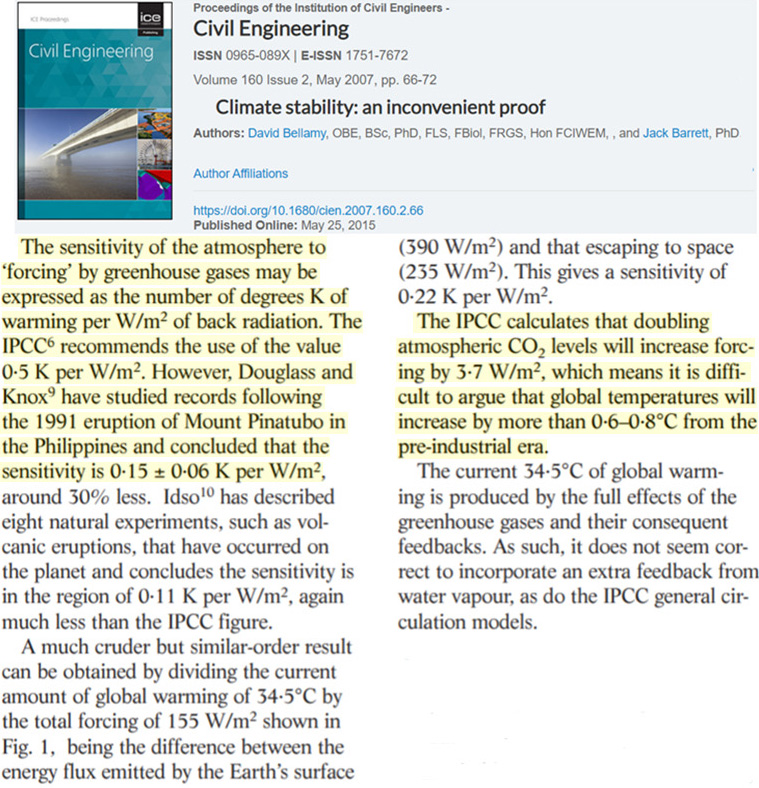 Dr. Kimoto (2015), in contrast, suggests using the the surface radiative forcing value (1.1 W/m²) for doubling CO2 from 280 to 560 ppm rather than the TOA value (3.7 W/m²) due to the physical reality of water vapor, not CO2, dominating the infrared absorption in the lower atmosphere. He also computes a surface climate sensitivity of 0.13°C per 1 W/m².

Consequently, with doubled CO2 only yielding a 1.1 W/m² surface forcing perturbation to Earth’s energy imbalance, the climate sensitivity from doubling CO2 from 280 to 560 ppm may only be 0.14 to 0.17°C

In sum, none of these values even remotely suggest CO2 can be a driver of climate change.