In yesterday’s post, I mentioned how the climate crazies and media are falling all over themselves, trying to get people to think we’re in crisis and that the only way out is to declare a permanent state of emergency, rationing and lockdowns .

But of course our weather and climate situation is not something we haven’t experienced before. It’s what weather does: behave abnormally. Today we present some charts to show that we are not in a “climate crisis”. Hat-tip: Marcell Oberfeld.

First we look at deaths from climate-related disasters. 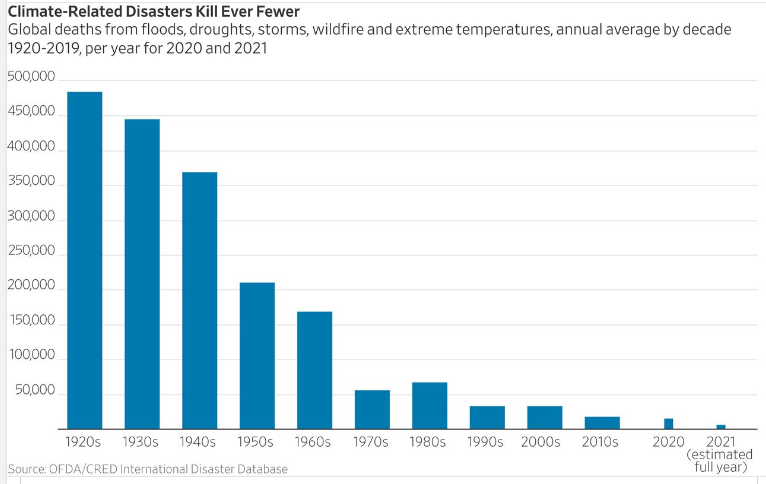 Figure 1: Climate related disasters. Technology and fossil fuels have payed a major role in this development.

The real crisis was 100 years ago.

Next we look at the cost of societal problems compared to climate costs: 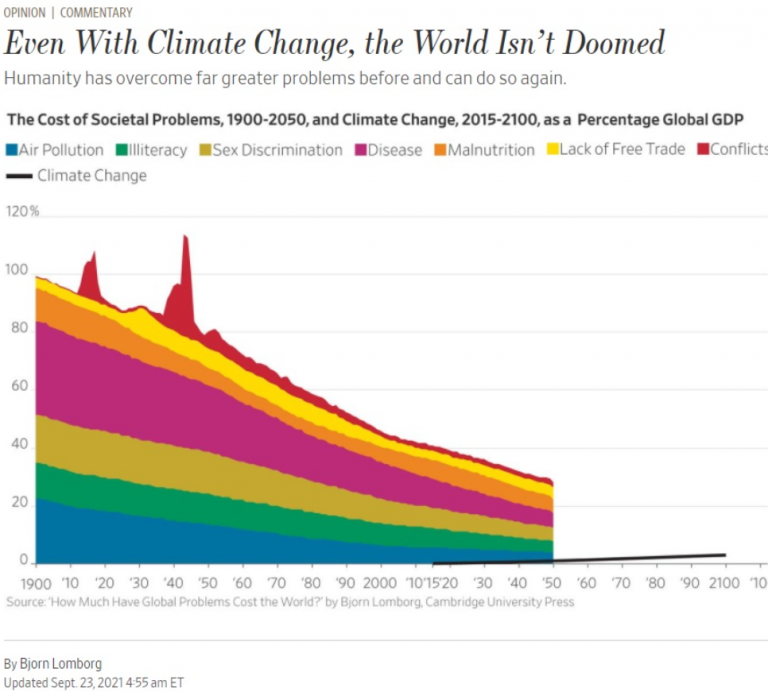 Climate change is comparatively a small problem, and so it’s no wonder many people view climate change as something they don’t worry about. Very much on people’s minds nowadays is the totally fouled up economy that the climate alarmists are in large part responsible for. 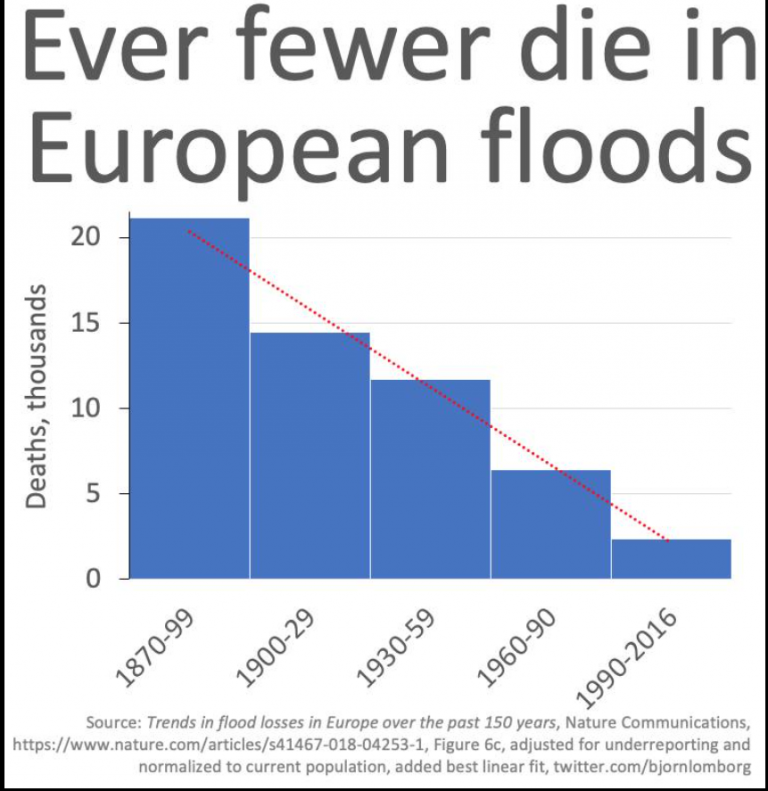 Once again we have technology and fossil fuels to thank for that successful development. But for alarmists, it’s always the fire fighters who are responsible for the fires.

When they’re are heat waves, the climate crazies always seize on the few dozen deaths that occur. But when there are cold waves, they keep silent. And as professor Lomborg shows again, in a chart appearing in Lancet, cold today still kills far more people than heat does: 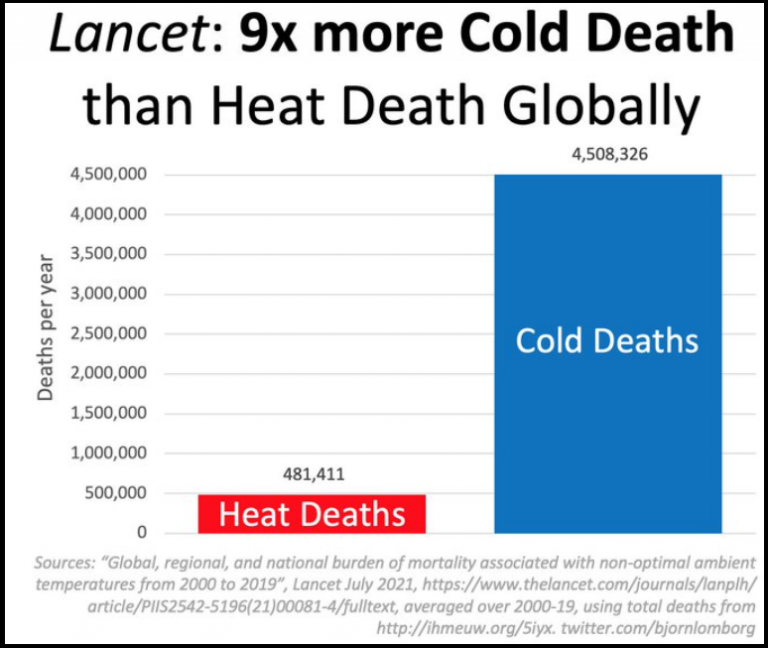 Europe is suffering ever more from drought, the alarmists claim, and soon there will be a planetary emergency. Yet, when we look at the rainfall for Germany going back 140 years, wee see that the long-term trend is the opposite: wetter. 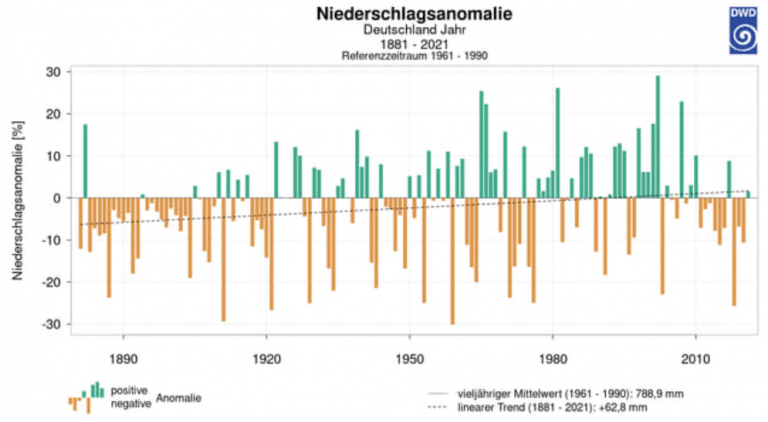 The last decade in Germany has been dry, and this is due to natural cycles. But over the long-term, we see it has gotten wetter since industrialization began.

There are many other metrics showing there’s no crisis we need to worry about. What we indeed need to worry about are the alarmists declaring a permanent state of emergency and taking rights, truths and freedoms away. If that happens, then the planet will surely go to hell in a handbasket really quickly.