Early Venus is suggested to have been much colder – and thus habitable – due to higher concentrations of CO2…because CO2 drives cooling in most of the Venus atmosphere (stratosphere, mesosphere, thermosphere).

Scientists have for decades agreed it is “well recognized” that CO2 molecules radiatively cool the atmospheres of planets like Earth, Mars, and Venus (Sharma and Wintersteiner, 1990) in the 15 μm band starting from 12 km above the surface on up. 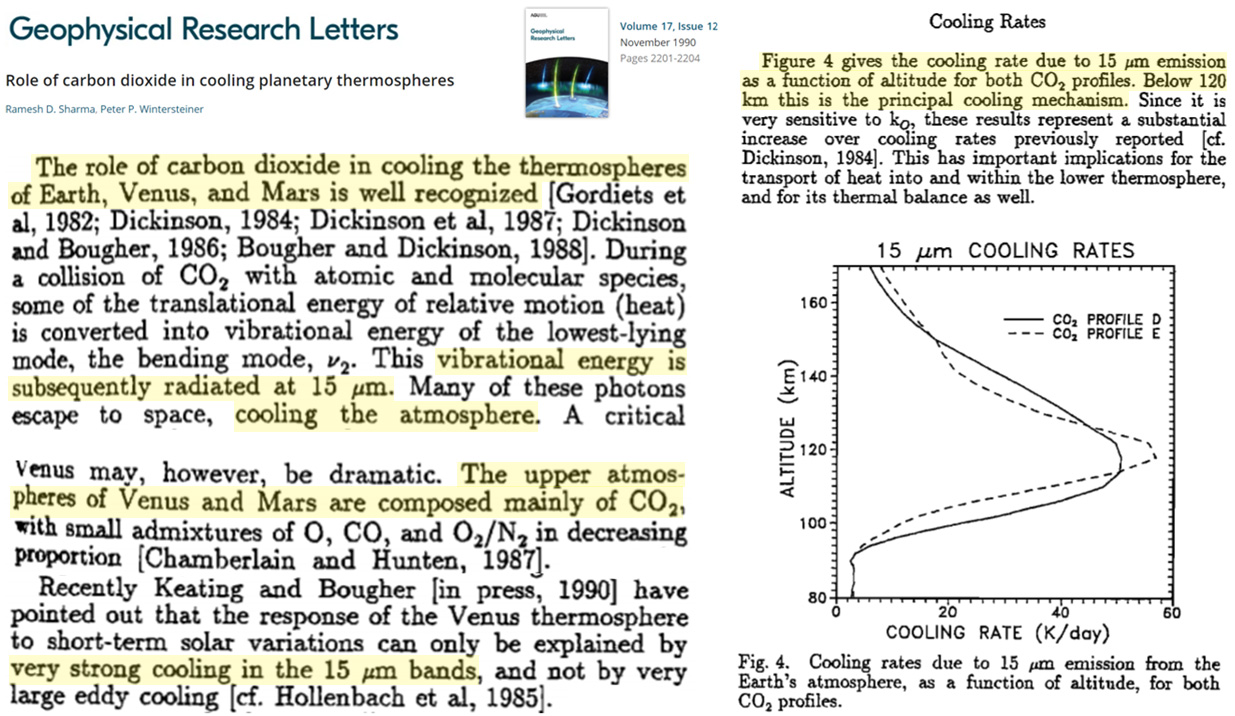 “As the CO2 concentration is increased, the radiative cooling effect becomes stronger.” 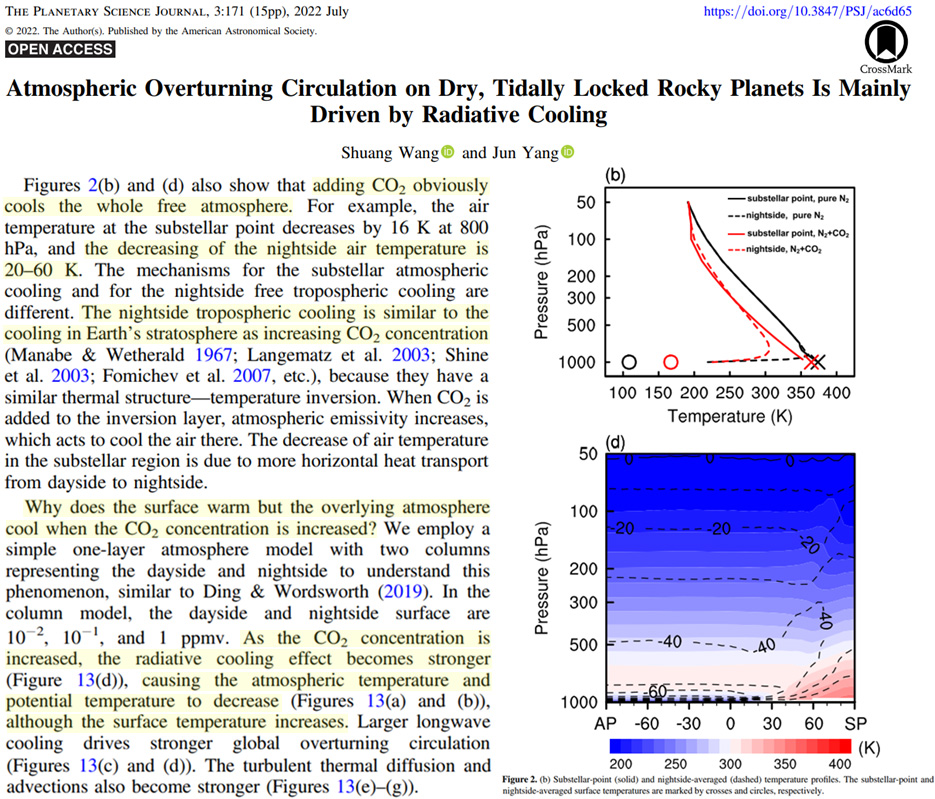 Again, CO2 is said to significantly cool down most of the Venus atmosphere. So when CO2 concentrations were allegedly much higher than now Venus is suggested to have been a habitable planet (Krissansen-Totten et al., 2021).

“Habitable past scenarios are favored if CO2-rich atmospheres radiatively cool the mesosphere.”

Scientists surmise the stratosphere of Venus would be at least 44 K hotter if it had an Earth-like N2-O2-dominated atmosphere and much lower CO2 concentrations. 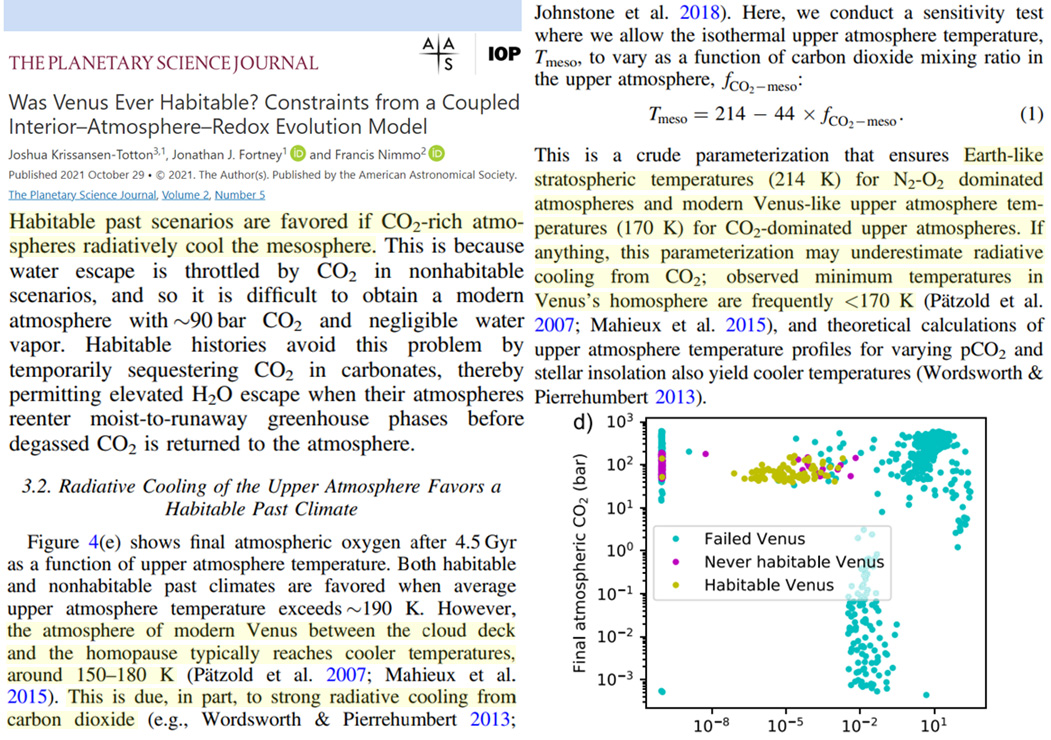 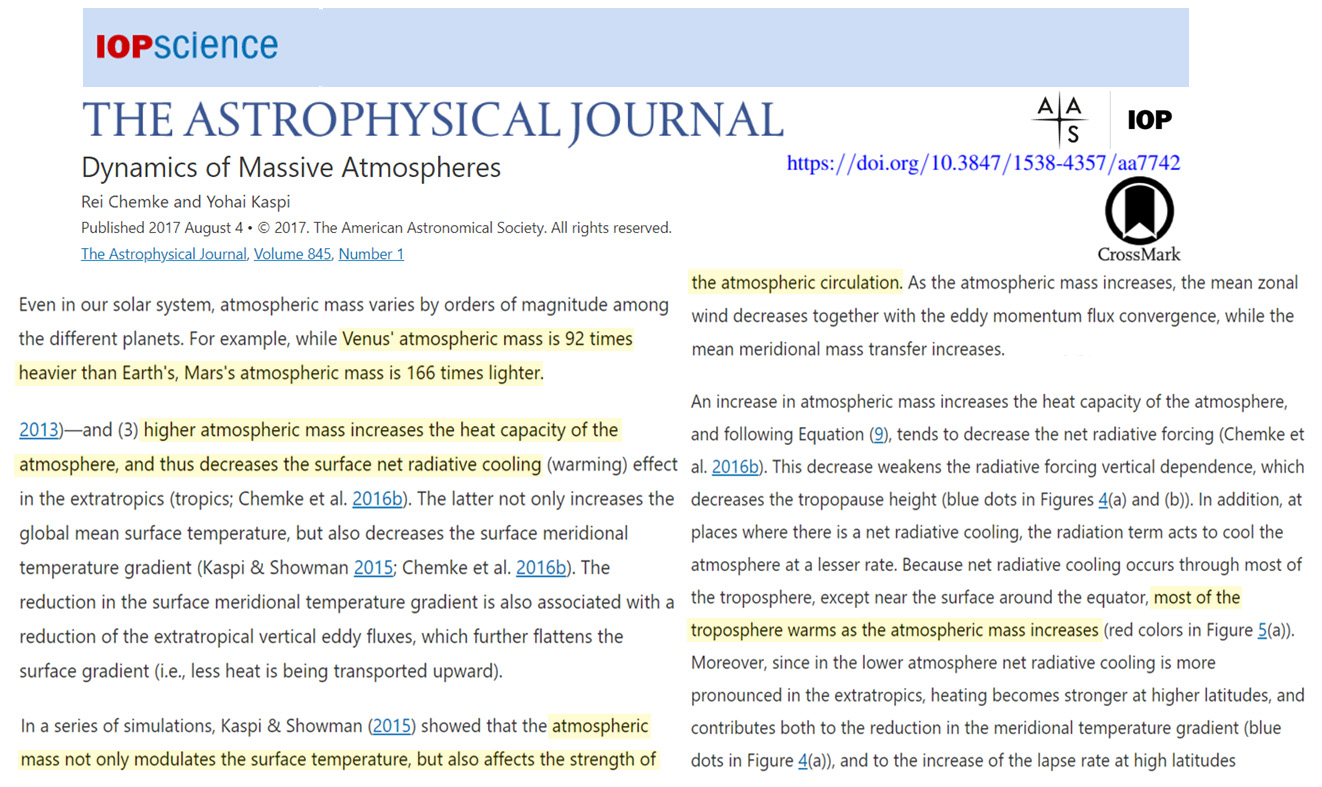 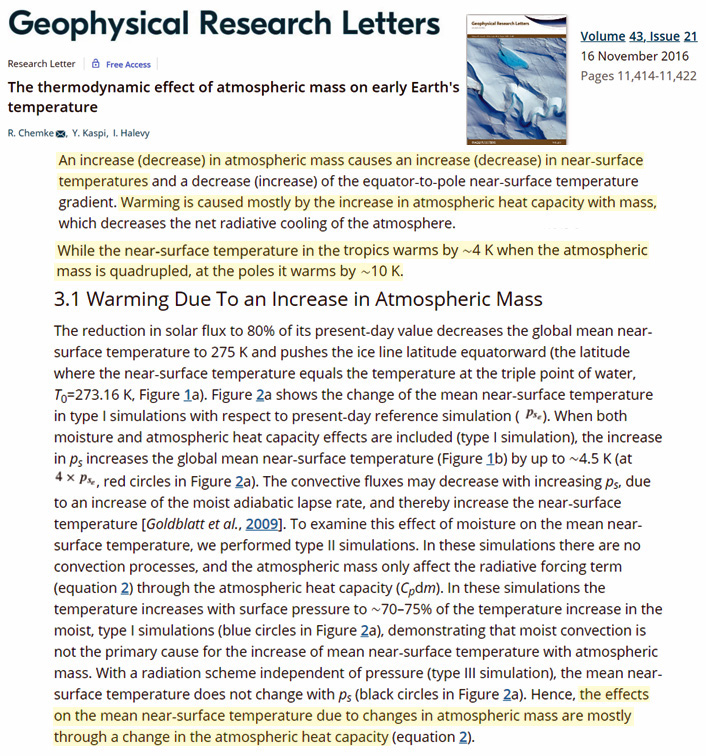 Contradicting the current paradigm, the presence or absence of CO2 or other greenhouse gases in the Venus atmosphere is not a requirement for the planet’s surface-troposphere heat retention. Put another way, backradiation from “greenhouse gas heating…can be discounted” as a surface-troposphere temperature determinant for Venus (Mulholland et al., 2020). 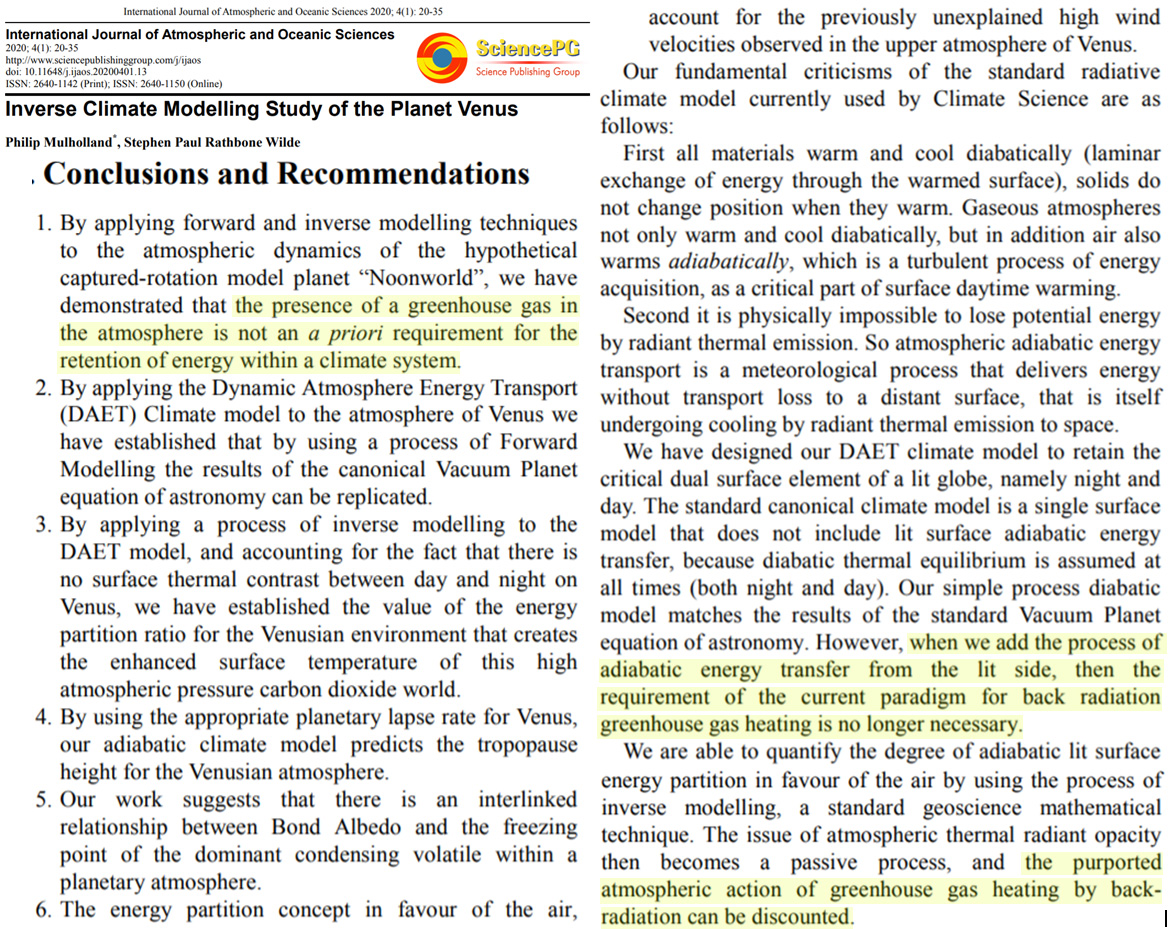