Consumers are now having to endure the excruciating economic pain of the country’s intensifying energy crisis –  brought on by decades of botched green energy policy and heavy reliance on Russian gas.

According to Blackout News here, 21 million German households heat with natural gas and are now “threatened with exorbitantly high additional payments for their gas, already most bills have multiplied.”

German households having to pay hundreds of euros monthly for gas are the new nightmarish reality. Many are facing poverty for the first time.

“In recent days and weeks, some households have received notices for new installment payments that amount to seven to eight times the previous price. From October, they will now be fleeced by the state with its botched gas levy,” Blackout News reports further.

And there’s no relief in sight. Russia has made clear it will no longer deliver gas to Europe until the West lifts its sanctions against Moscow. The euro has since fallen below 99 cents for the first time in 20 years. A weaker euro adds further to the risks of even higher inflation, which is currently pummeling Europe.

Not only consumers are being severely impacted, but so are companies across Germany.

“As of September 2022, as many as 16% of them have completely shut down or drastically reduced production because they cannot pass on the gas prices to their customers, including the steel giant ArcelorMittal, which is shutting down production completely at two German plants,” reports Blackout News.

Germans have been spoiled by cheap, plentiful gas flowing from Russia for many years. But these carefree energy days are over as the country continues to shut down coal and nuclear power plants, thus contributing massively to the already acute energy shortage.  The country’s dogmatic lunge to green energies included relying heavily on gas from Russia to fill in the energy supply gaps caused by volatile wind and sun.

They were warned. At a UN General Assembly in 2018, then President Donald Trump warned Germany of a potential supply disaster from relying so heavily on Russia, but German leaders in attendance smirked, berated and ridiculed the US President. 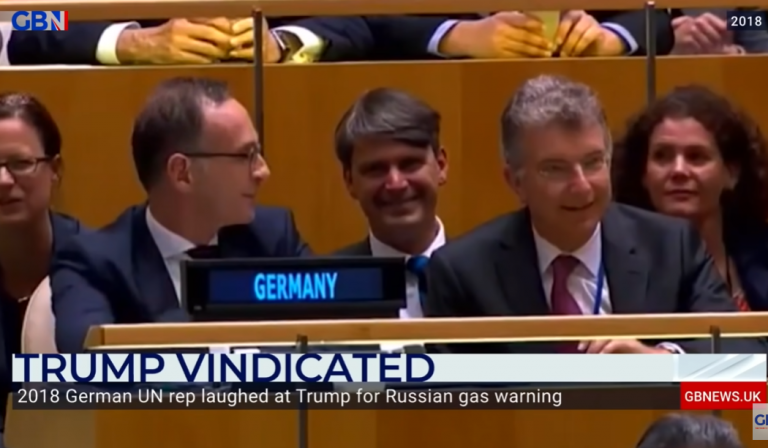 Moreover, a vast array of skeptics and critics also had warned for years that Germany’s “Energiewende” was heading for disaster. They too were ridiculed and dismissed.

The disaster has arrived, as Trump warned, and my how the bill is coming due. Blackout News reports: “Consumers with the smallest CO₂ footprint are now paying the most for past mistakes – at least relative to their incomes. […] These people are now paying relatively the most for the screwed-up energy policy.”

Blackout News summarizes: “This redistribution is grossly lacking in solidarity. […] The burden could not be distributed any more unfairly.”

We’re talking tens of millions of Germans – and Europeans. If history is anything to go by, there’s a high risk of things getting really ugly this winter if leaders don’t get pragmatic and get their act together real soon.