This October, according to the (untampered) data from the Japan Meteorological Agency (JMA), the mean temperature in Tokyo came in at 17.2°C, making it it one of the coolest over the past decades: 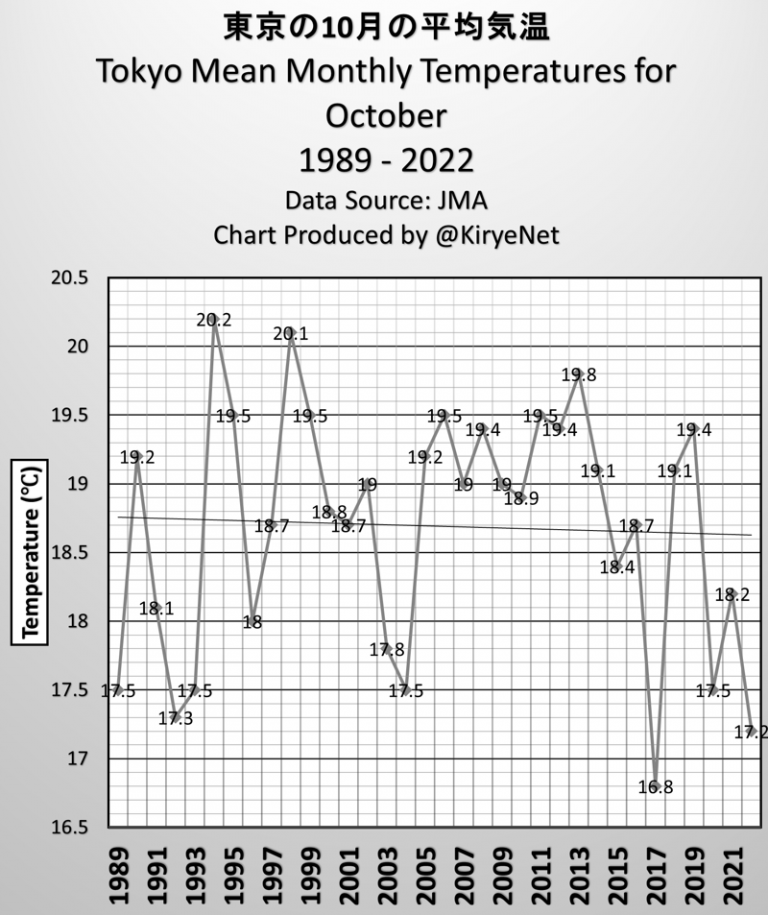 More significant, however, is the trend over the past 33 years – it’s been downward. As we reported last month, the Tokyo mean temperature trend situation for September is similar – no warming.

Tokyo’s rural island of Hachijojima is located some 287 km out in the Pacific, thus making it rather free of massive urban heat island effects. The island saw an October, 2022, mean temperature of 20.9°C: 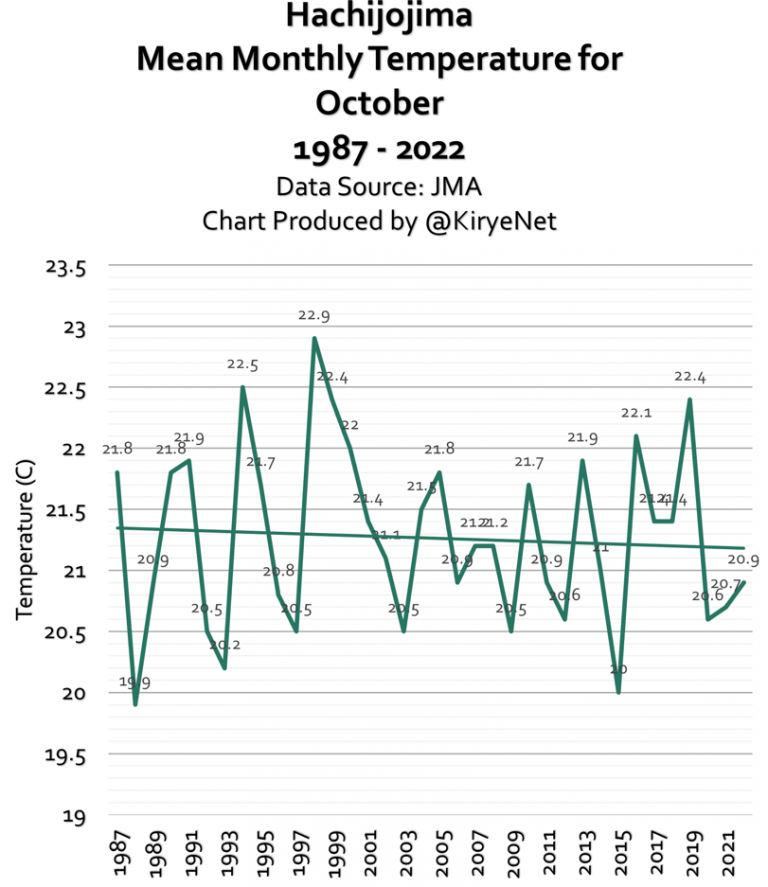 Going back to 1987, the October mean temperature trend has been slightly downward as well. No sign of warming.

Yet, when you compare Hachijojima JMA annual temperature data to that from NASA unadjusted and then its homogenized data going all the way back to 1950, readers can get a good idea where all the “warming” is really coming from: 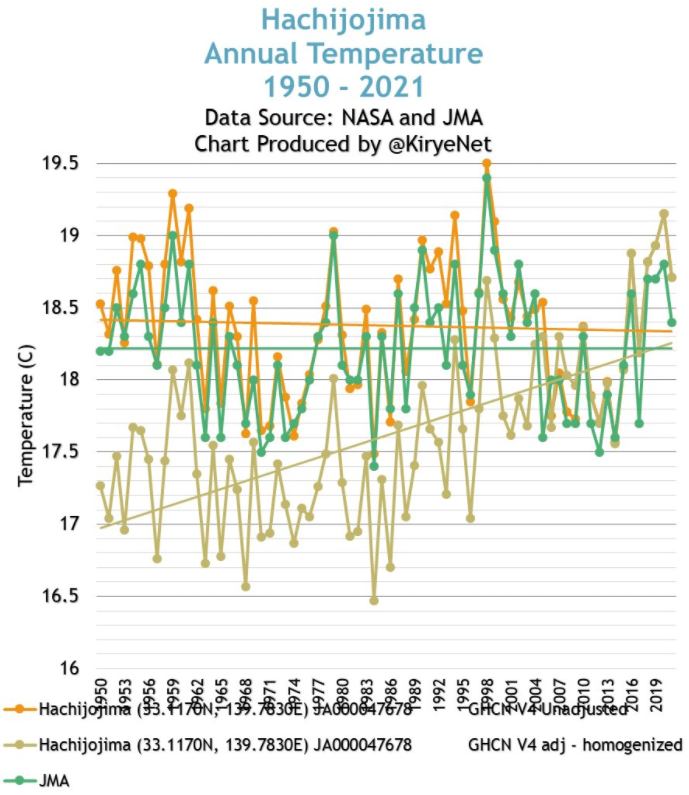 There was no warming, until that is NASA tampered with the data to produce a “warming” trend. NASA’s trend starts to look like forgery and fakery.