You are browsing the search results for "medieval" 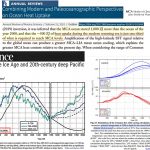 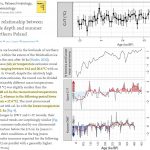 A new analysis has Poland’s July temperatures hitting 20.6°C in Medieval times, whereas they’re only 17.4°C today. The temperature record for this region also shows today’s temperatures are not much different than they were during the Little Ice Age. Another chart contained in the study (Pleskot et al., 2022) shows North America’s and Europe’s mean […]

From Russia to the Indian Ocean to Antarctica, surface temperatures were much warmer than  they are today during Medieval times. 1. The Eastern Russia region was 1.5°C warmer than now during the Medieval Warm Period. The modern warm-up began centuries ago and temperatures have declined in the last few centuries. Relative sea levels were 1 […] 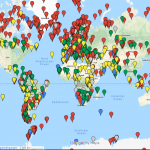 More than 1200 publications show the Medieval Warm Period (MWP) was global – an embarrassment to global warming alarmists who claimed it was regional Global warming alarmist scientists like claiming that the well documented Medieval Warm Period (MWP) was mostly a regional, North Atlantic phenomenon, and was not global, and so we just move along […]

In recent decades, North American glaciers have advanced by many kilometers and buried forests in ice in the same regions where glaciers have receded and uncovered Medieval-era forests. Image Source: Davi et al., 2019 Ancient forests buried beneath ice for the last ~1,000 years began “popping out from under southern Alaska’s Mendenhall Glacier” and garnishing […]

Claims that modern temperatures are globally warmer than they were during Medieval times (~800 to 1250 A.D.) have been contradicted by a flurry of new (2019) scientific papers. Southern Ocean/SE Pacific (SSTs) The Medieval Warm Period (1100 years BP) was 1.5°C warmer than today (14°C vs. 12.5°C) in the SE Pacific or Southern Ocean. Collins […]