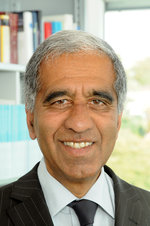 Over the last weekend and early this week Germany saw some 4 days of record-breaking hot weather, which also brought on severe thunderstorms that caused property damage, local flooding, traffic disruptions and killed a half dozen people.

The media went crazy, and so did some “experts”.

Immediately the high priests of climate and end-of-world theoreticians immediately seized upon the bad weather and linked it to man-made global warming and human environmental sins. And again they are calling for human sacrifices to be made at the alter in a bid to appease the angry gods.

For me the weather of the last few days was another piece of the puzzle: Climate change and its impacts are becoming increasingly detectable. Germany is feeling the impact of global warming. There are increasingly more hot days with temperatures far above 30°C. And also the phases of heavy precipitation are rising. This is precisely what the models for the case of increased atmospheric greenhouse gases have been predicting.”

Unfortunately, Latif neglected reading even his own IPCC report, which dismisses the link of bad weather to greenhouse gases. At the end Latif says that the international community must act quickly to reduce global greenhouse gas emissions.

At Sciblogs here, not even ultra-alarmist and AGW-dogmatist Stefan Rahmstorf of the Potsdam Institute for Climate Impact Research (PIK) is ready to go as far out on a limb as Latif. Rahmstorf writes that more frequent severe thunderstorms as a consequence of global warming is plausible, but grudgingly concedes the IPCC has no data to support it. He adds in a reader comment:

I also think it’s not appropriate to connect every weather event to climate change.”

Such weather patterns are “nothing new”

Veteran German meteorologist Klaus Eckart Puls of the European Institute for Climate and Energy (EIKE) dismisses a linkage to man-made CO2. In an e-mail response to my inquiry he writes that such an idea only comes from people who either know little about the weather statistics before 150 years ago, or people who are attempting to misuse seldomly seen weather patterns for political climate-alarmism purposes.

The weather service archives show: Such weather patterns have occurred and do occur in June over Europe time and again – fortunately not every day. Why? First of all we are now at the time of the year where the sun is at a peak and so we have about 15 hours of sunshine in Central Europe with clear to almost clear skies. So was the case in the days leading up to June 9, 2014. As a result the air over Central Europe heated up day after day. Moreover a stalled low pressure system positioned for days over the Bay of Biscay with a trough extending deep to the south pumped hot air from North Africa and into Central Europe. As the hot air swept over the Bay of Biscay, it picked up a lot of humidity and led to the formation of a strong weather front, which in turn spawned extremely powerful thunderstorms. What happened on June 9 meteorologoically was nothing new, but it’s fortunately seldom.”

Puls reminds us that “even the alarmist-leaning UN IPCC finds no trends to more extreme weather. Not only in its earlier reports, but also in its latest 2013 report.”

For readers who do not know, Mojib Latif is Germany’s version of David Viner. He too also predicted that winters with snow and ice would soon be a thing of the past.