During the last three years, since 2011, the ice around Antarctica has been growing, in most seasons, more than during any similar periods of the satellite era where we have that data.

At first, the climate catastrophists ignored this phenomenon. When that became embarrassingly inconvenient, they began to blame it on instrument problems.

They detected a step-change in the data in 1991, but couldn’t decide which side of the step was the correct data, and the fault only excused about 5% of the increase. The step change supposedly occurred in 1991.

Figure 1 is from the paper as described above. The step occurs at the end of 1991.

Figure 2 is the satellite (RSS) lower troposphere temperature data for the southern hemisphere south of 20° South.

Note the step in July 1991. The step in temperature occurs in July 1991. What happened in the summer of 1991? Mount Pinatubo blew up on the 15th of June. How long does it take for volcanic equatorial cooling to reach 70° South? About six months. Can you see the step in the ice data? I can’t. It doesn’t show in the annualized ice date (Figure 4) either 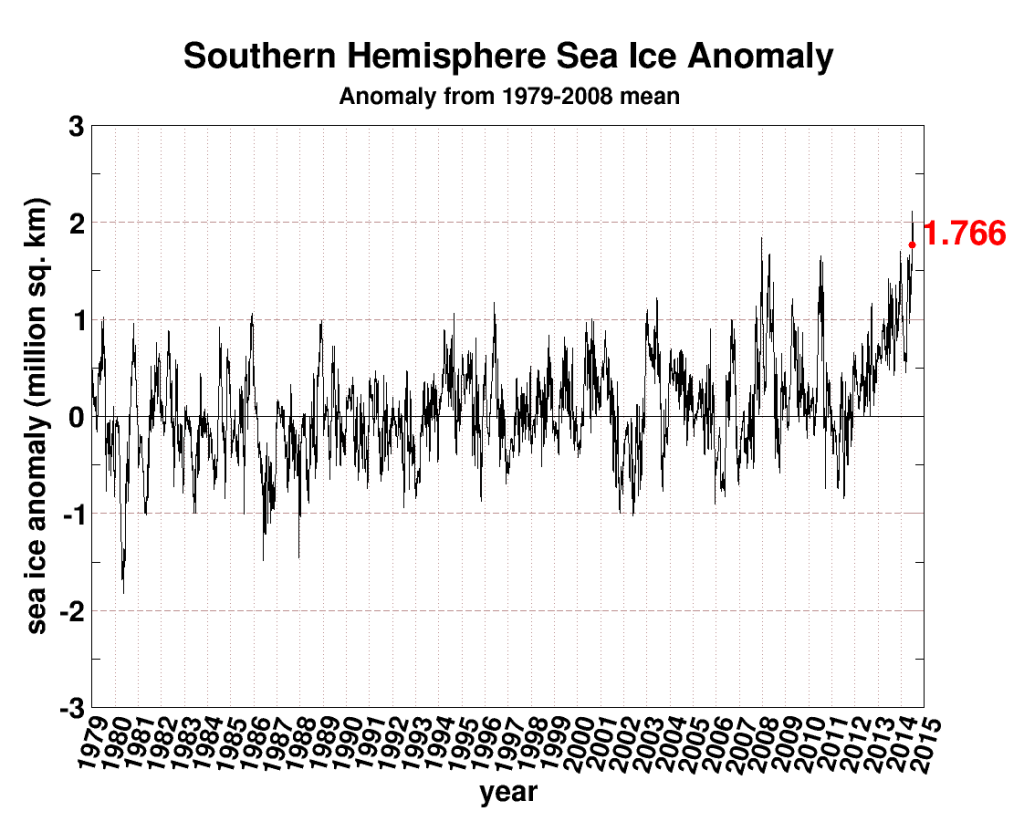 If a real step was detected in the ice anomaly data, it coincides with a cooling step in the southern hemisphere temperature, and is real, not an instrumental artifact. To make it easier to see the trends, the next figure is annualized data, sea ice anomaly and temperature anomaly from satellite (RSS) for the latitudes of coastal Antarctic, 70°south to 60°south, with the trends. Temperature has been inverted to match the ice. 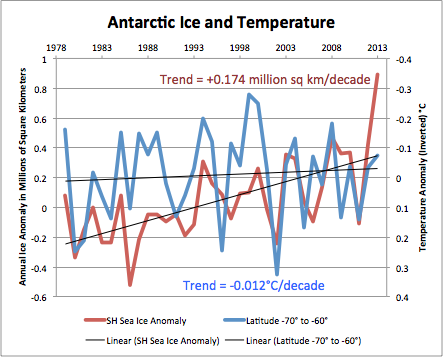 Figure 4: Plot of the ice anomaly (annualized) and the temperature anomaly (also annualized) for the latitudes of coastal Antarctica.

It is apparent in Figure 4 that most of the changes in the ice anomaly plot match changes in temperature. Keep in mind that the temperature plot is inverted, cold is upward, warm downward, to match the behavior of the ice. The recent increase in ice is because it has gotten colder.

Figure 5 is a map of the global temperature change over the last ten full years from GISS.

Figure 6 (right) is the current ice anomaly map for Antarctica. I turned it 90° counter clockwise to match the Antarctic as seen in Figure 5.

There is more ice where it has been colder. There are many gaps in the temperature data around Antarctica, especially ocean data. But even on the continent, station data is quite sparse and subject to UHI (Urban Heat Island) problems for the larger stations. That large orange spot in Antarctica in Figure 5 is due to McMurdo Station, the largest and most populous base on the continent.

The next largest heat source is the Amundsen-Scott South Pole Station.