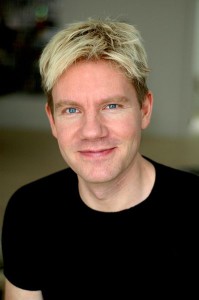 It seems that it is beginning to dawn on some of Europe’s mainstream media: The transition to green energies is turning out to be ten or even 100 times more expensive than what they were led to believe just a few years ago.

Increasingly we have been seeing reports featuring renowned climate economists such as Bjørn Lomborg or Richard Tol in the German-language mainstream media.

The message: Hey, this green energy policy really isn’t working well at all.

And again the climate policy critics Tol and Lomborg are being featured by the German-language media as respected dissident voices, this time by the online Austrian nachrichten.at in an article titled: 1 Euro Kosten, 3 Cent Nutzen. In English:

The nachrichten.at writes that the most effective policy to reduce carbon emissions may be a CO2 tax, but then writes how Australia has just repealed it because of its sheer unpopularity.

The Austrian nachrichten.at then writes about the astronomical costs and the utter ineffectivity of climate policy so far:

Already the EU 2020 strategy costs 185 billion euros annually. By the end of the century the costs will run to 15 trillion euros. With this, according to the UN IPCC, the global temperature increase will be lowered 0.05°C. For every euro that the EU pays into climate protection, it prevents 3 cents worth of damage from climate change. Lomborg writes: ‘That is not rational policy!'”

The nachrichten.at quotes what Lomborg said in 2013:

If the measures against climate change are not economically efficient, then they will not be sustainable because countries struggling to emerge like India and China will not follow along.”

What has been done and planned thus far has been a debacle. […] Although the consequences of climate change cannot be denied, they have, however, been drastically overestimated. Tol accuses the climate scientists of acting ‘bitterly and politically’.”

Things are slowly changing. German language media are increasingly presenting other opinions to get the public to take another look at where the current, skewed energy policy is leading. That’s good news because a debate has long been sorely missing. As the costs skyrocket, the days of isolating divergent opinions may be ending.