Projected Coldest Winter In 1000 Years May Be Caused By Global Warming?

Share this… Facebook TwitterThat’s what the reporter in the following clip seems to suggest. So it means the warmists will start claiming cold winters as proof of warming. A number of blogs are buzzing about the “coldest winter in a 1000 years” being reported here: RT Prime Time. Western Asia and Eastern Europe are expecting […]

Share this… Facebook TwitterAfter much searching, I found that German Focus magazine actually wrote a whole 2 lines on the 10:10 No Pressure campaign, buried deep in the bowels of its website here. Exploding Children For Climate Protection The British climate protection campaign 10:10 sparked outrage with its bloody video. Because of protest, the clip was […] 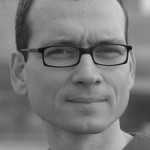 Reaction From Germany (The Sane Part)

Share this… Facebook Twitter Steffen Hentrich of the Liberal Institute at the Friedrich-Naumann-Foundation for Liberty blasted the 10:10 No Pressure clip, calling it a manual for climate terrorism. Read here in German. Here the term “Liberal” is the so-called “classic liberal, and not to be confused with the kind one finds in the USA. He warns that […]