Reaction From Germany (The Sane Part) 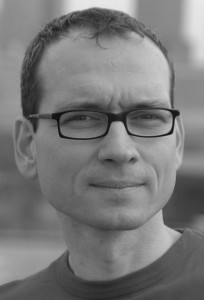 Steffen Hentrich of the Liberal Institute at the Friedrich-Naumann-Foundation for Liberty blasted the 10:10 No Pressure clip, calling it a manual for climate terrorism. Read here in German.

Here the term “Liberal” is the so-called “classic liberal, and not to be confused with the kind one finds in the USA.

He warns that the windmills turning in the wind and shiny solar panels on roofs are the harmless stage for a not-to-be excluded eco-dictatorship that would have zero respect for humanity.

Here are some excerpts of his comments I translated in English:

What do we do with people who do not wish to join in the climate protection movement propagated upon us by environmental activists and politicians? You just blow them up and justify it by claiming these few non-conformists are nothing when compared to the 300,000 people who have supposedly already died because of climate change so far. For this number there is no scientific basis, just climate models.

Just 65 years after the end of National Socialism, under whose dehumanizing ideology millions of human beings were murdered in the most brutal manner, and 21 years after the fall of communism, where its collective Weltanschauung claimed just as many lives, and only 9 years since the attacks on the WTC, which claimed thousands of lives because of religious fanaticism, a radical environmental movement today does not even bother to hide how it would like to deal with people who do not agree with its end of the world scenarios and prefer to opt out of its simplistic world rescue program.

Unfortunately the German mainstream media, big cheerleaders of the climate protection madness, have been completely silent thus far. Surely they are shocked by the clip’s content but are keeping a low profile. They’ve had three days now. Shame shame.

Where is that model of democracy and human rights which Germany has been since the end of WWII? Tragically many have been just too caught up in the eco-zealotry.

Steffen Hentrich in one of the few who has stood up and publicly denounced the clip and its message in Germany.

(He is also a regular contributor to the online Freie Welt daily.)

For example I just called and spoke to a gentleman at Der Spiegel. The man I spoke to claimed he was not aware of the story. I actually had to spell “10:10 No Pressure” to him. “Is it written with numbers or letters?” he asked. In general he was not very friendly acted completely bored and arrogant about it. Indeed, a very touchy subject at Der Spiegel.

13 responses to “Reaction From Germany (The Sane Part)”