This is a follow-up article on GHCN and GISS changes to the temperature records for Reykjavik, Iceland. 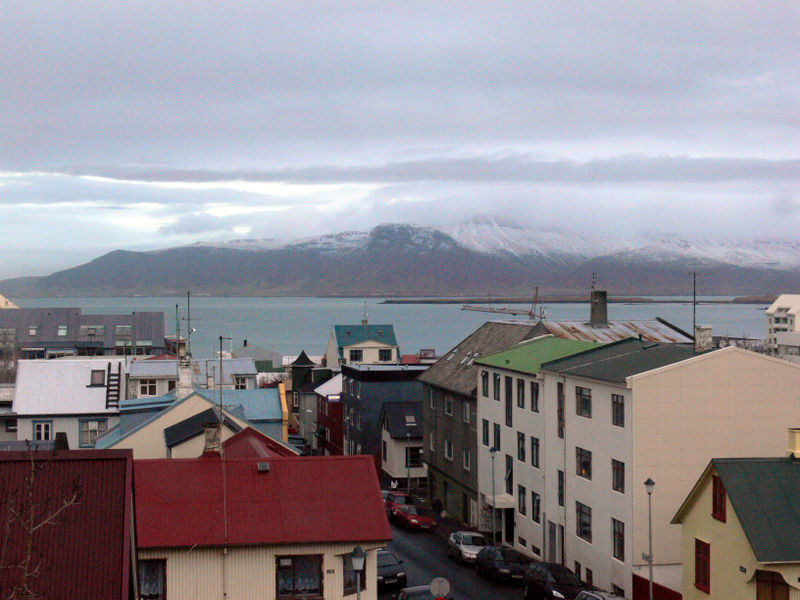 We now know that GHCN has changed data set versions from version 2 to version 3. Each of those versions has a history. Version 2 was made up by combining records from closely related stations, then “homogenizing” the combination to produce a data “product.” Version 3 presumably started from the Version 2 data set with revisions prompted by additional data. That presumption may not be correct.

As a first step, all the data from the Version 2 database were downloaded from GISS. There were four sets of station data, covering various years, but only one set that covered the period from 1901 to 1948. These are all plotted together in Figure 2, along with the combined dataset, and the “homogenized” result.

Figure 2: This is all the Reykjavik Version 2 data.

Each of those distinct steps in Figure 3 is exactly six years long. This arbitrary pattern cannot be anything but deliberate. It cannot be based on site changes, equipment changes, or any other factor that might change the real temperature. This is artificial.

The Iceland Meteorological Office has not moved since being built at this location in 1920. There may have been instrument changes, but no position changes.

Many surface weather stations undergo minor relocations through their history of observation. Stations may also be subject to changes in instrumentation as measurement technology evolves. Further, the land use/land cover in the vicinity of an observing site may also change with time. Such modifications to an observing site have the potential to alter a thermometer’s microclimate exposure characteristics and/or change the bias of measurements, the impact of which can be a systematic shift in the mean level of temperature readings that is unrelated to true climate variations. The process of removing such “non-climatic” artifacts in a climate time series is called homogenization.”

But Version 2 has been abandoned. We now have version 3. Figure 5 is a plot of both original and homogenized versions of both Version 2 and Version 3.

Figure 5: This is a plot of “original” and “homogenized” datasets for both Version 2 and Version 3.

Note that in Figure 5, from 1901 to about 1970, there is little agreement between the four datasets. Figure 6 is the difference between Version 2 after combining, and Version 3. (SCAR is not a factor in this data. SCAR is the acronym for Scientific Committee on Antarctic Research. No Antarctic data was harmed in the production of Reykjavik data).

Figure 6: This is the difference between Reykjavik Version 3 and Version 2 after combining the data from 4 datasets.

It is not clear why these differences exist. Prior to 1946, there were no nearby stations to compare. The Keflavik airport station did not produce data until 1949, and then the temperatures there agree very well with the original data from the downtown stations. The variances are within a few 100ths of a degree. The warm years around 1940 are wiped out in Version 3. But the changes don’t end there.

Figure 7. This is the difference between Version 3 before and Version 3 after GISS homogenization.

In Figure 7 we see the arbitrary and regular stair-steps again. But note that the steps are different from the steps in Figure 3, and they are in addition to the changes by GHCN seen in Figure 6. These changes put back some (but not all) of the cooling that was arbitrarily introduced in Figure 6. The final result is the product of two homogenizing
processes, the first by GHCN, and the second by GISS. The result of all this is the graph that Paul Homewood produced (below) and the blue and bold-red traces in Figure 5.

Figure 8: This is from Paul Homewood’s article How GISS has totally Corrupted Reykjavik’s Temperature, used by permission.

There have been many changes like this to the temperature records. Here is a list of stations that have had arbitrary stair-step or other changes, and the links to articles that describe them:

Russia, (scroll to the bottom for the article) here, RIA/NOVOSTI.

Many of those in the above list were changes imposed in version 2. We should revisit those stations using version 3 data. So many stations, so little time…