Veteran German journalist Ulli Kulke at his website writes about the Arctic ice melt: Never Say “Like Never Before“. German media have fallen all over themselves ringing the alarms over the “new record” – as if we have an Arctic Fukushima on our hands. 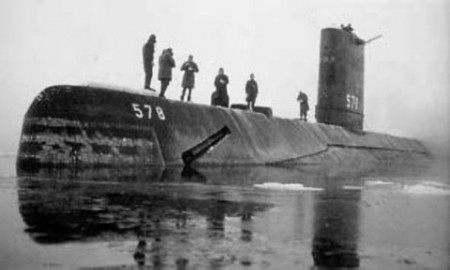 Thankfully, however, there are still a few sane journalists left among us. Kulke is among that very small group and reminds us: “Is the ice melt at the North Pole really unprecendented? There are indications that show otherwise.”

Kulke labels claims of Arctic ice melt reaching “unprecedented” levels “gross nonsense” and reminds us that “during changeovers between warm and cold periods there have been already completely ice-free Arctics on multiple occasions.”

Kulke also quotes Alfred Wegener Institute (AWI) physicist Rüdiger Gerdes (in Bremerhaven, Germany) who says the high Arctic temperatures are not only because of man-made greenhouse gases, but also because of natural periodic fluctuations with a rhythm of 60 to 70 years. Kulke quotes Gerdes:

Right now we are in a warm phase.“

Kulke explains, citing NSIDC Director Mark Serreze, “…the summer of 2012 was not especially warm at the higher latitudes” and that the sea ice development was unusual this year. Kulke writes that in March 2012, sea ice area was greater than at any time in the last 5 years and ice melt proceeded normally during almost the entire melt season until early August when a huge storm caused the sea ice area curve to turn sharply downwards to a level never seen – in at least 30 years, that is.

Kulke tells his readers that there’s a lot more to the Arctic than just temperature. Over the years scientists are finding out that it is a lot more complex and involves ocean currents, drifting, precipitation, freezing and thawing cycles. he adds:

That’s why serious scientists refrain from making statements such as ‘like never before’ when discussing the ice situation in the Arctic. Statements about the Arctic during times before satellites are made only with great reservations. About 50 to 70 years ago – a time when there was no systematic measurement and evaluation of temperature and sea ice area – we are finding a growing number of newspaper reports about dramatic disappearances of ice all around the North Pole, and could have been worse than today. The Franz-Josef-Land islands, which can be reached by boat only a few weeks a year, could be reached for 8 months in some years. Especially interesting, during one trip underneath the Arctic ice in the summer of 1958, the US submarine ‘Skate’ was able to emerge in open water 9 times – with one of those directly at the North Pole. At the end of the 1930s, Soviet scientists observed along the Arctic coast that it was 6°C warmer for an extended time than it was during the times of the Nansen ice drift  – somewhat warmer than today. The time period corresponds to the rhythm that AWI scientist Gerdes mentions.”

At the website www.real-science.com/arctic“ there’s an entire series of international newspaper article facsimiles from various years that document a number of profound Arctic climate fluctuaions earlier. The tenor of those articles, like today: The sea ice at the North Pole threatens to disappear”.

After a years-long spell where climate catastrophe alarmism had to go without without new record data, it can now enjoy a warm shower with Arctic sea ice. But on whether we are dealing with a record that goes way back, that is however very much in question.” 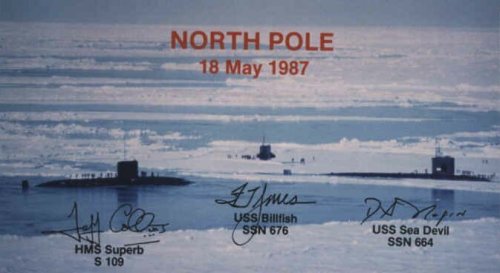