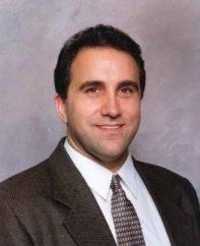 In their latest drive-by piece Die Zeit takes dead aim at Marc Morano, the Heartland Institute, the European Institute for Climate and Energy (EIKE), Fritz Vahrenholt and other communicators of the skeptic message, and contrasts them to an innocent, tormented Michael Mann. Die Zeit’s message is clear: If you challenge climate science, then you’ll be portrayed as aggressors by Germany’s mainstream media.

The godfather of climate science skepticism

Their piece begins with a large color photo (not the one shown above) of a godfather-like appearing Marc Morano, who Die Zeit portrays as the communication and climate skepticism kingpin. The only thing missing from the photo is Richard Lindzen kissing his hand.

Under the god-father Morano photo they write:

Die Zeit holds Morano responsible for single-handedly spreading skepticism worldwide. “…Morano appears in America’s living rooms; a stocky figure in the mid forties, donning a suit and tie. He has a friendly smile that fools you.”

Die Zeit calls Morano the “most aggressive member of a well-paid mercenary group” who is “leading a fight that is fueled by hundreds of millions of dollars”. Zeit writes:

In the past years the fight was financed by US auto manufacturer Chrysler, and oil companies ExxonMobil and Chevron, and others. The story of the PR manager [Morano] is a story of a planned confusion. It is a didactic play on the art of lying. […] Doubt is now spreading across the world from America.”

And Morano is the mastermind behind it all, Die Zeit wants its readers to believe.

In Die Zeit’s view, there is no doubt that humans are causing the climate change, and that it will be catastrophic. The science and data are clear and the consensus is greater than ever. As far as Die Zeit is concerned, the scientific debate has long been over – a survey of 928 papers from 1993 to 2003 says so, they write. What’s left now is a struggle between the good warmists and the evil industry-paid deniers who are maliciously spreading doubt. There are no real skeptic climate scientists left. In the perception of Die Zeit, it’s now a struggle between David (honest climate scientists who are only doing their jobs) and Goliath (Morano leading an army of industry-funded PR mercenaries). Tragically, David is losing, Die Zeit frets.

Die Zeit tells the story of “a little round man” named Michael Mann and his hockey stick chart, which they say is “proof that humans are at fault for climate change“. Die Zeit however blames Morano and the Heartland Institute for undermining the hockey stick’s credibility and fanning skepticism and lies. The hockey stick was attacked by Willie Soon who, Die Zeit explains, “received over 1 million dollars from ExxonMobil and other corporations“.

Unfortunately Die Zeit forgot to mention that the hockey stick had been debunked thoroughly by Steven McIntyre and Hans von Storch, who labelled the hockey stick chart “nonsense”, and that Andrew Montford wrote an entire book about the fraud: The Hockey Stick Illusion. They also failed to mention that the National Academy of Sciences had also called Mann’s methodology “flawed”.

They alluded to Wegman when describing a 2007 hearing:

A statistician, who up to then had nothing to do with climate science, described Mann as the mastermind of an international conspiracy, a former industry consultant who claimed Mann did not do his work properly.”

Die Zeit portrays Michael Mann as a humble and innocent scientist who today is being relentlessly tormented and persecuted by Morano and the skeptics just because his results are unpopular. While Morano lives “in a big Victorian home“, is chauffeured around in a limousine and “eats steak at the exquisite Capital Grill“, Mann lives in a humble little home, lit up by wind power, and is worried about his 7-year old daughter’s future. (There’s no mention he won a Nobel Peace Prize).

Die Zeit also focuses on Fred Singer and the late Frederick Seitz, who they write are “part of an industry-financed complex of associations and institutes that has grown up around Washington, a sort of Potemkin village of science, populated by paid experts who serve the interests of their clients. […] A well-oiled, self-perpetuating denial machine“.

Morano getting under Mann’s skin

Die Zeit describes the first time Michael Mann met Marc Morano, having no idea who he was. Today when Mann thinks back at this first encounter, “he has to take a deep breath. Now he’s knows who Marc Morano is.”

According to Mann, Morano has changed the entire rhetoric of the “deniers”. Mann says: “Morano has really accomplished a lot.”

Die Zeit writes that in the skeptics’ view:

The climate scientists are not only just wrong, but are now criminals who are intentionally committing fraud. Large parts of the public believe them.”

The Zeit also tells the story of how Mann once received a letter containing white powder, how he got a threatening e-mail, and that today “his life is no longer how it once was.” The underlying message Die Zeit conveys here is that climate scientists are being hounded, tormented and persecuted by a ruthless, industry funded mob.

Last resort for their beliefs

Die Zeit’s grotesquesly skewed perception of climate science skepticism includes a one-sided look at the European Institute for Climate and Energy (EIKE) and prominent German heavyweight skeptic Fritz Vahrenholt. I will write about that tomorrow.

I sent an e-mail to EIKE to get their opinion on DIE ZEIT’s perception of the skeptic movement. They replied, addressing the warmist movement in general:

They are in panic. Europe is the last resort for their beliefs.”

It’s important to remind readers that Die Zeit is a fundamentalist green publication that is completely closed to any arguments that challenge the global warming religion. It’s Kooksville.

For example, on February 6, 2012 at a press conference in Berlin, Dr Sebastian Lüning and Professor Fritz Vahrenholt unveiled their newly published book “Die kalte Sonne“. In attendance at the press conference was a journalist from Die Zeit, who, never having read the book, immediately attacked the two authors and their message. The good news that there was lots of science emerging showing no coming climate catastrophe was just too upsetting for him to handle. Just think about that.

The point here is that Die Zeit is just too fanatic and caught up in AGW dogmatism, and thus cannot be taken seriously as an objective source of any kind.