The computer models are beginning to show a blast of Arctic air coming to western Europe by next weekend. 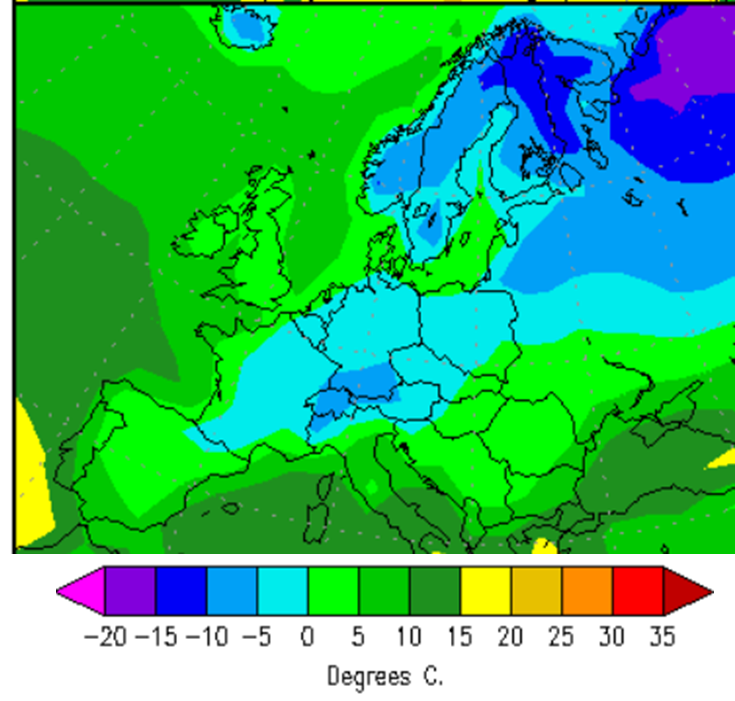 Over the last couple of days, the forecast seems to be converging on a cold wave, increasingly indicating a cold blast in the pipeline. We’ll know more in the next 72 hours. Right now there’s about a 2/3 chance this will happen (according to my models).

If this happens, it only confirms that the globe is getting warmer. At least that’s what the latest models and science from leading German, government-funded institutes have been claiming over the last couple of years.

Stefan Rahmstorf said for example that European winters will get warmer overall, but there will be more frequent cold waves because the Arctic is warm, which in turn will act to refrigerate the northern hemisphere in the wintertime – all of this is caused by global warming, even though the southern hemisphere is cooling. Makes perfect sense, doesn’t it?

Let me explain it to you anyway. You see, warm air rising from the 2 million sq km of extra open water over the Arctic causes huge air masses to sweep down south and put the remaining 200+ million sq km of the northern hemisphere into a deep freeze. If you look at the following graphic, you’ll see how this makes perfect sense.

How a warm Arctic refrigerates the northern hemisphere during the winter. 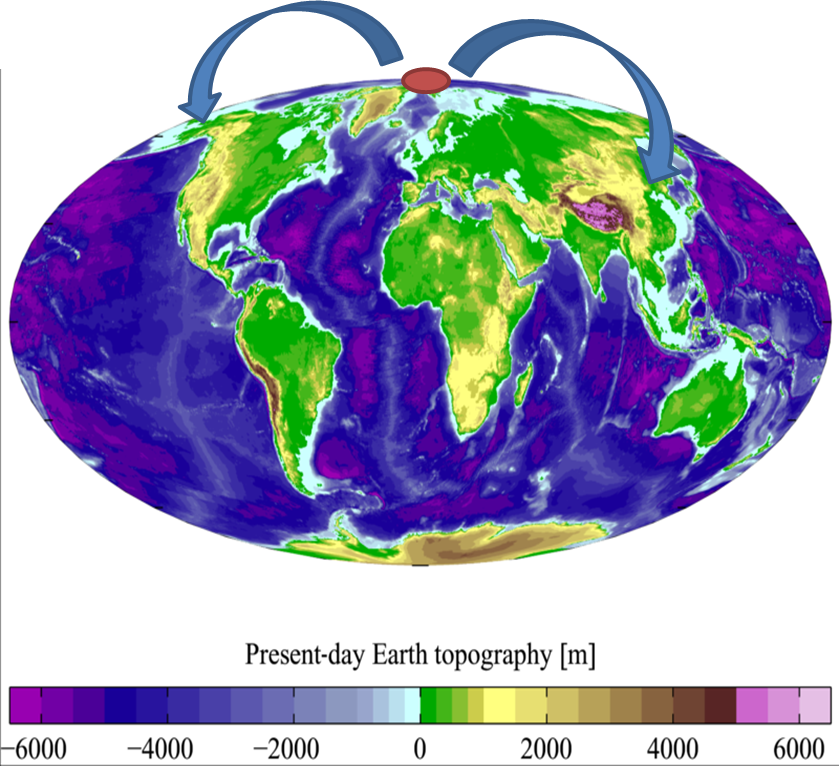 The red dot over the Arctic represents 2 million sq km of extra open water during the autumn, which acts to refrigerate the remaining 200+ million sq-km of the northern hemisphere during the winter. Chart source: Plumbago, the GNU Free Documentation License, Version 1.2 or any later. Red dot and arrows added.

So using the latest and most sophisticated model results coming from the renown German climate institutes, we see that 1% of the Arctic indeed overwhelms and drives the remaining 99% of the northern hemisphere.

But wouldn’t the 99% of the northern hemisphere drive the 1% Arctic?

Of course not. The sophisticated models tell us it’s the other way around. Just like 0.04% trace gas CO2 now dominates 99.96% of the atmosphere, 1% of the Earth’s surface domineers the remaining 99%. That’s how nature works today, the Nobel Peace Prize winning climate scientists say. They’re experts and who are we to doubt them? Besides, the media believe it, and so you should too.