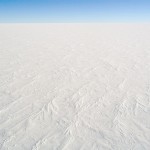 Share this… Facebook TwitterWhile UN climate scientists warn of an overheating planet and world leaders meet in suuny, warm Doha to hammer out an agreement to curb “global warming”, which hasn’t occurred in 16 years, the Northern Hemisphere and other parts of the world are shivering in extreme cold. Snow, cold batter Northern Hemisphere. Coldest UK […] 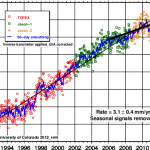 Share this… Facebook TwitterUlli Kulke, veteran journalist at the German flagship daily DIE WELT, posts a comment at his blog on über-alarmist Stefan Rahmstorf’s claim that “sea levels are rising 60% faster” than previously thought in 2007. Sea levels have decelerated over the last years. Chart source: http://sealevel.colorado.edu/. Being a devout alarmist, Rahmstorf is obsessed […]