Ulli Kulke, veteran journalist at the German flagship daily DIE WELT, posts a comment at his blog on über-alarmist Stefan Rahmstorf’s claim that “sea levels are rising 60% faster” than previously thought in 2007. 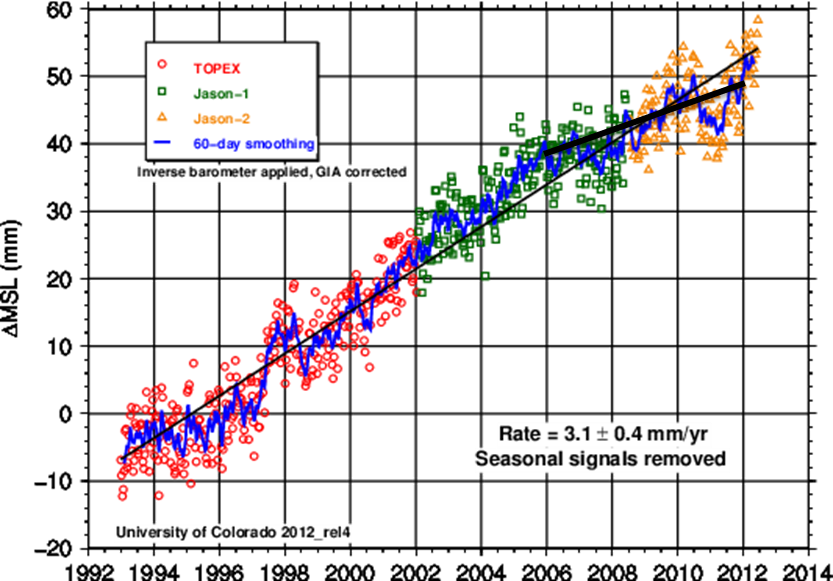 Being a devout alarmist, Rahmstorf is obsessed with finding ways to produce spectacular headlines. In Germany scary climate headlines have become a tradition every November, just before every major climate conference. Doha this year is no different.

In his latest claim, Rahmstorf claims that just a few years ago, sea levels were thought to be rising 2 mm/year. Suddenly the sea level, the satellites say, is actually now rising at 3.2 mm/ year – that’s 60% faster then they thought!

But as Kulke points out in his piece titled False climate alarm surrounds an old hat, Rahmstorf is suffering from (selective) amnesia, and forgot what he said in the UN-IPCC report of (2007): Rahmstorf back then:

Kulke writes, with a bit of sarcasm:

It was, after all, quite some time ago, and there was so much data in that thick report. Also with sea levels – some numbers were lower and some were higher. But Rahmstorf, the ocean scientist, had been lead author in every climate report. For this reason the data shouldn’t be anything new for him. Back then the report projected an increase of 18 – 59 cm for the coming century.

Alarm, Alarm. Let’s increase the growth of data. Or, to speak like Honecker (leader of former communist regime East Germany): Always higher, never lower! And if it’s not possible to increase the current data, then let’s just reduce the data of the past. Just like some climate scientists also want to reduce the temperature of the hottest year since instrumental measurements began, namely 1998, just so that this decade can once again appear to be on the rise. Or just like Michael Mann tried with his infamous hockey stick – but failed.”

If we take Rahmstorf’s 1993 – 2006 period value of 3.3 mm/year, then we see that sea level rise has actually slowed down by 3%, and not risen 60%. The tricks being used by alarmist climate scientists are becoming ever more obvious and desperate.

You don’t need to be an investigative journalist to uncover that.