Face it, challenging a dogma takes real courage and character. There’s the real risk of being ridiculed, marginalized – even criminalized. 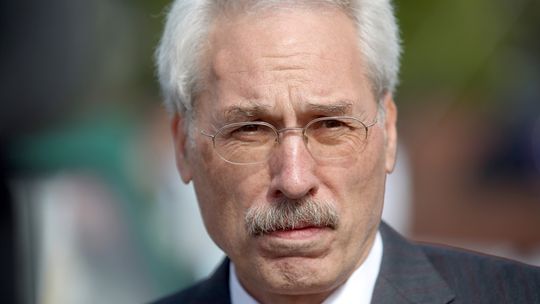 Fritz Vahrenholt thinks it is going to take 3 to 5 years before the mainstream says: ‘Oh, unfortunately we made a mistake.’

And history has often shown that sometimes you even have to wait way beyond your death before society wakes up and appreciates that you had been right all along.

Yesterday I wrote about Dr. Hans Labohm‘s report, soon to appear in E&E. In it he describes the growing sceptic movement in Europe and how it is succeeding in forcing a very much unwanted debate on the cause of today’s climate change. It’s a debate that unfortunately governments, academia and media would very much prefer to skip altogether.

Labohm mentions how in Germany Prof. Fritz Vahrenholt, a leading environmentalist, began challenging the AGW theory. Prof. Vahrenholt could have taken the easy path, stuck to the popular and morally accepted AGW narrative, and kept his good standing among his many prominent peers.

However, he saw that something was amiss, that the theory was flawed and ridiculously simplistic – he couldn’t in good conscience just stand in silence. So he challenged the “consensus” by co-authoring together with geologist Sebastian Lüning a best-selling skeptic book that took Germany by storm earlier this year. This year you can be sure Prof. Vahrenholt will be getting far fewer Christmas cards.

Thankfully, some elements of the mainstream media have remained open to Vahrenholt‘s views and have given him a voice. One of these is flagship daily Die Welt, which conducted an interview with the free-thinking environmentalist professor.

On the IPCC, Vahrenholt thinks that the UN organization “has committed a huge blunder” by blaming the recent warming on CO2. “This demonization is too one-dimensional, it’s even banal. When it comes to the world’s fossil supply, he says we are still a long way from reaching its peak.

In the interview Vahrenholt believes that Germany “went completely overboard and got over-excited” with its move to renewable energy. Vahrenholt says:

Germany’s drive to renewable energy is not only driven by fear and a lack of science, but also because in Germany “we want to be good. But in truth we are self-destructive.”

What could be the consequences of Germany’s hasty and misguided rush into renewable energy? Vahrenholt tells Die Welt:

Indeed I fear that with the energy feed-in tariffs we are on a path to putting huge burdens on people, especially the poorest among us, and that we are driving out energy-intensive industries out of the country. Even worse, Germany is losing its attraction as a place to generate electricity.”

In the interview Vahrenholt reveals his commitment to protecting wildlife, and explains how Germany’s “green” biofuel policy has actually caused great harm to biodiversity, as thousands of hectares of land have been covered by corn monoculture. Windmills are now claiming hundreds of acres of forests and endangering birds and other animals.

One coal-fired or one nuclear power plant needs about 1 sq. km. of area. To get the same energy output, wind energy needs 1000 sq. km, an area that is 3 times bigger than all of Hamburg.”

When it comes to the heated global climate change debate and how long it is going to take before Vahrenholt is vindicated:

Every morning I can look at spaceweather.com at how the sun is changing. It is doing exactly as we expected. But it is still going to take 3 to 5 years before the mainstream says: ‘Oh, unfortunately we made a mistake.’ […] For the time being, a bitter religious war is raging. But I’m taking it in stride because I know that those who maliciously came after me will soon be on the defensive. […] In the meantime my biggest worry is that too much could be destroyed by then. Like I said, I think we will recognize by 2020 at the latest, that climate gas CO2 had been completely over-rated.”