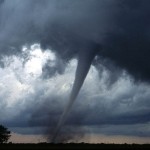 Share this… Facebook TwitterThe real story of 2012 is one of unextreme weather and natural events. Deaths globally in 2012 from natural disasters were 90% below the longterm average. Photo: Public domain photo, NOAA The online, eco-leftist TAZ from Berlin has an article about reinsurer Munich Re’s Natural Catastrophe Statistics 2012 report on weather and natural disasters, […] 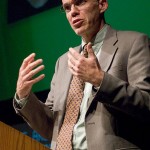 Share this… Facebook TwitterBenny Peiser alerts us to this excellent feature story brought to you by the UK Spectator on the wildlife devastation being wrought by “climate-friendly wind turbines”. Hats off to the Spectator for this one. The story just goes to show you how little the environmentalist thought these things out: 1. Wind turbines don’t […]

Share this… Facebook TwitterAt WUWT, Anthony brings our attention to the Best Weblog Awards, which his fine website has won 2 years in a row already. Last year Tallbloke’s Talkshop won the Best European Blog category. Well, this year I’d like to throw my hat in the ring and give Mr. Tallbloke a run for […]