1) Open letter to the PIK by Josef Kowatsch

Of course heat records have been recorded in various regions of the world over the last 10 – 12 years. Yet temperatures during this period have neither risen in Germany nor globally; rather they have fallen slightly. Moreover, a number of cold records have occurred. In your press release you completely ignore these cold records and avoid mentioning them. What follows is a chart of Germany’s temperature over the last 15 years:

Over the same time period, global CO2 emissions have increased. The increase in CO2 has had no warming effect. Indeed there has been a light cooling. These are the facts. Your press release is simply not honest.

I’ve sent this letter to other media outlets as well.

Yours sincerely,
Josef Kowatsch
73460 Hüttlingen, Germany
Independent climate scientist, as I am not getting paid by the CO2 tax coffers. 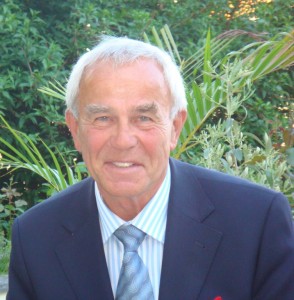 In a commentary posted at his website, meteorologist Dr. Wolfgang Thüne aims harsh criticism at warmist science. The article is titled: The Greenhouse: A House of Bondage. As the title suggests, Thüne describes a science that has run amok, and now threatens to take over the lives of every citizen on the planet – how we behave, think, and what we eat.

He reminds us that attempting to control “weather and climate” by controlling human behavior is an utter folly, and there are other far more powerful factors at play in dominating weather and climate – like the sun.

To illustrate this point he describes how temperatures on can vary by up to 100°K at some locations. In Oymyakon in Yakutia, Russia, a record low temperature of -68°C was once recorded. At the same location, the temperature reached a record 34.6°C on July 28, 2010. Thus the temperature here can fluctuate over a range of more than 100°K. What does CO2 have to do with that? CO2 is even higher there in the winter, yet it’s far colder. Clearly the sun is the driving factor.

Thüne concludes at the end of his commentary: “The statement that CO2 concentration, whether natural or man made, is the main factor in driving air temperature is a scientific fairy tale that’s rich in fantasy. Making climate forecasts is spook-watching!”