Global Warming Has Peaked…Set To Switch To Cooling. “If You Look At History, This Is Easy To See”

Is the world warming, cooling, or is the global temperature standing still? What does the future hold? Do past trends mean anything for the future? What period are we examining?

For the purposes of this article, several short and long periods will be examined, 15, 150 and over 1000 years into the past, and predictions for 40 to 70 years into the future. 15 years is actually a very short period in light of the fact that the AMO and PDO tend to vary in 60+ year cycles. We are currently near or just past the peak of both of these ocean cycles. The 1970’s cool period was 40 years ago. The 1980’s and 90’s were a period of warming. The peak was reached with a crescendo in the 1998 super-El Niño year. Here is a chart beginning January 1998. 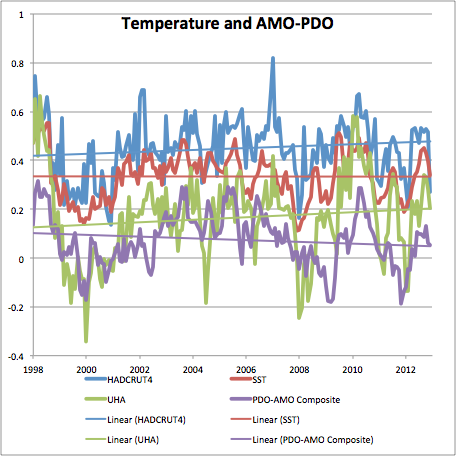 Figure 1 is temperatures from HADCRUT4, sea surface (SST), and UHA, plotted with a combination of AMO and PDO indexes. All data downloaded from WoodForTrees. Linear trend lines added.

The linear trends for all the temperature series for the last 15 years are nearly flat. Some are rising slightly; some are falling slightly. All are, statistically speaking, flat.

We are at a peak of a 60-year temperature cycle. Many others have described this: here, here, and here, among others. Temperatures are flat because the only way from here is down, up has ended. If you look at history, this is easy to see. Here is the history of AMO and PDO, the two controlling ocean cycles. 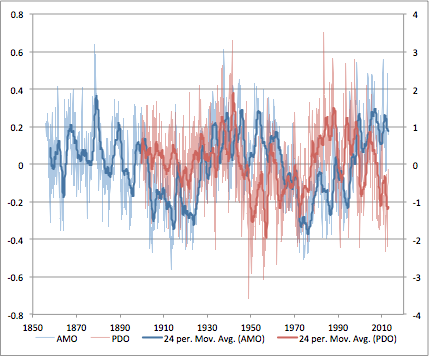 If these are combined, Figure 3 results. 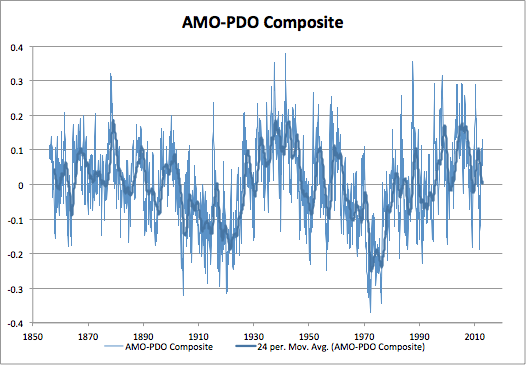 Figure 3, AMO and PDO combined. Data from the last 15 years was used in Figure 1.

The thing to remember about the AMO and PDO indexes are that they are de-trended. Any long-term warming or cooling beyond their 60-year cycles are not reflected in these indexes. But we can see in Figure 3 the cooling period around 1910, the rapid warming in the 1920’s and 30’s, the cooling in the 1970’s, and the warming again in 1980’s and 90’s. We can also see that the warming has reached a peak and is set to switch to cooling. If the cycle repeats as it was twice before, the bottom of the next cooling will occur in the 2030’s.

The long term trend is set by the longer solar cycles. Here is the solar activity, calculated from the Beryllium 10 isotope created by cosmic rays at the top of the atmosphere in response to solar magnetic activity. There are 3 different calculations shown, along with the Be10 anomaly on which they are based. 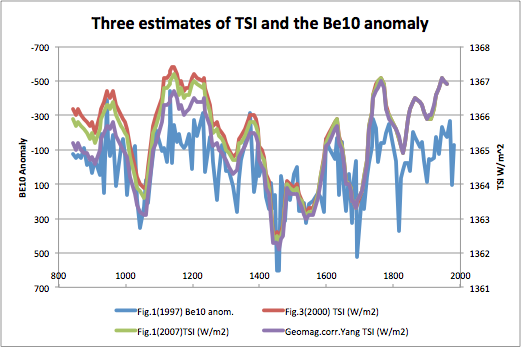 Figure 4 has three plots of TSI and one of the Be10 anomaly on which they are based. The Be10 data has been inverted to match the TSI data. (Less Be10 = higher TSI) Source NOAA here.

Table 1 is a list of the minimums seen in Figure 4 from left to right. Links are to the Wikipedia articles. 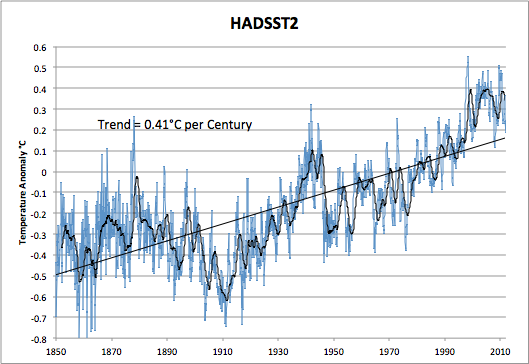 Figure 5 is the Hadley sea surface temperature (SST) dating from 1850.

The TSI data resolution was 6 or 7 years, one data point for each half-solar-cycle. I reduced the SST data to the same resolution by averaging the data for 6 years prior to each data point, and then plotted SST and TSI together. The TSI data based on the Beryllium10 anomaly ends at 1982.

TSI sets the long-term trend for temperature. For temperature, I have used the Hadley HADSST2 data going back to 1850. Here is that chart: 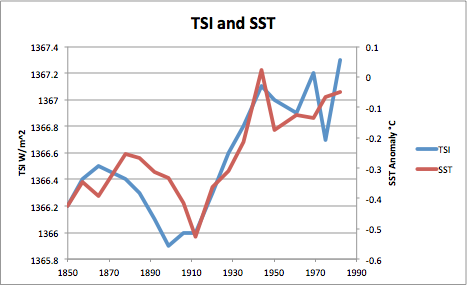 Figure 6 above is TSI and SST plotted to the same resolution. 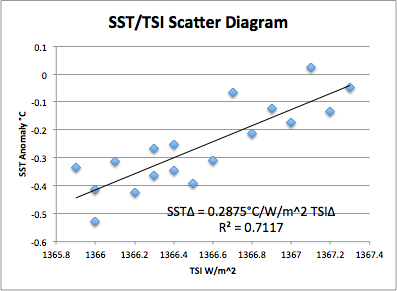 Figure 7 is a scatter diagram of the Sea Surface Temperature versus TSI plotted in Figure 6.

We are now moving into a quiet-sun situation. Projections are for sunspots to completely disappear late in this decade. If TSI drops as low as it did in the Maunder or Spörer Minimums, global temperature will drop by 1 to 1.3°C in 20 to 30 years, into another Little Ice Age that might last for 20 to 40 years. Luckily, the drop should be slow enough that perhaps all the CAGW advocates will be gone or converted in time for us to prepare and adapt.

11 responses to “Global Warming Has Peaked…Set To Switch To Cooling. “If You Look At History, This Is Easy To See””