Other than NASA GISS, few institutes are as climate warming-obsessed as the Potsdam Institute for Climate Impact Research (PIK). To keep the global warming fear machine up and running in the future, it looks like the PIK is expanding its facilities (warning: at this PIK link there’s an atrocious translation to English). 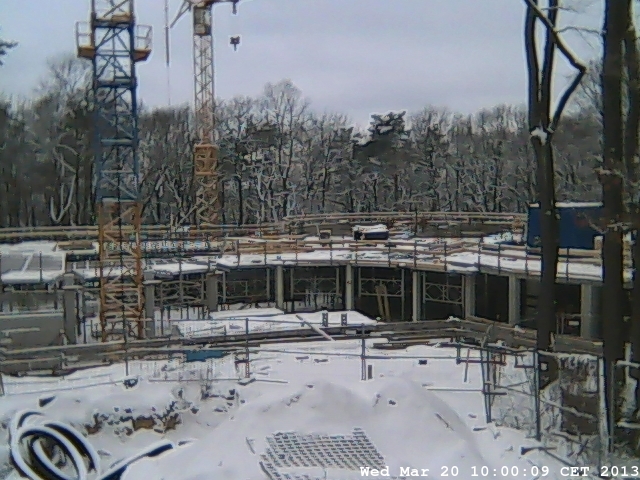 However, it’s obvious from the above photo that construction of its new global warming facilities have been stopped – because of bitter cold!

The photo taken this morning by the PIK webcam doesn’t show any construction activity at all happening on the site. It has been shut down by the unusual late-March bitter cold and snow, which according to PIK’s own climate models, were supposed to be a thing of the past.

And that isn’t about to change anytime soon as the forecast for the days ahead doesn’t look good: -13°C over the weekend! This means no work until at least after Easter.