Holger Thuss, President of the European Institute for Climate and Energy (EIKE) at Facebook brings up a report appearing at the online FOCUS just last September. In the report the Potsdam Institute for Climate Impact research (PIK) warned that summers in eastern Germany would suffer from “water shortages”.

That’s what their models had shown.

Scientists have played out climate scenarios for Germany’s regions until the year 2100. It appears clear: Expensive times are coming especially for Eastern Germany. Heat deaths and water shortages in the summer, existential fear of flooding in the winter.” 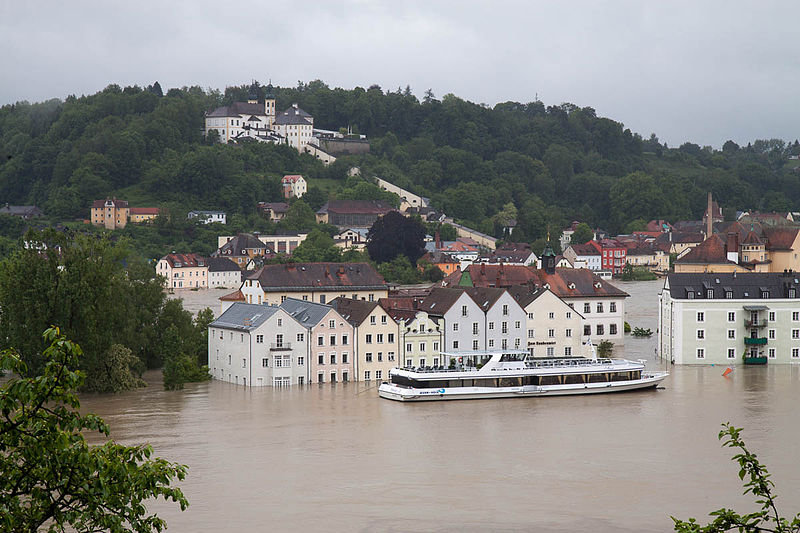 Eastern Germany will probably be hit harder with heat waves in the summer and more precipitation in the winter.” Using today’s laws, power plants located near rivers will have to be shut down at times because the cooling water will be too warm.”

FOCUS wrote that in the future:

Because of the significantly reduced precipitation, for example the already much drier Brandenburg region will see its moisture go further in the negative.”

Today large parts of eastern Germany are under water. The PIK’s model projections all fly in the face of reality.

And we are not talking about just a single year. Meteorologist Dominik Jung wrote a few months ago that the PIK models also fly in the face of summertime statistics for the last 10 years in a row! Every summer in Germany over the last 10 years has seen normal or above normal precipitation!

What does EIKE president Holger Thuss say at Facebook?

Unbelievable but true! German climate scientists (PIK) have predicted, using advanced computer models last year, that the Elbe River would almost dry out in the summertime in the future. Such people spend 20 million euros a year for their ‘science’.”

So throw the failed PIK precipitation models on the scrap heap along with the other 73 epic fail temperature models coming from an array of other “leading” institutes.

Talk about a complete waste of money.

What’s even more amazing is that lots of policymakers were actually stupid enough to believe them, taking them as golden truth.