FOX NEWS here reports on the decommissioning of a NASA satellite which has provided lots of data for the climate change discussion over 11 and half years. 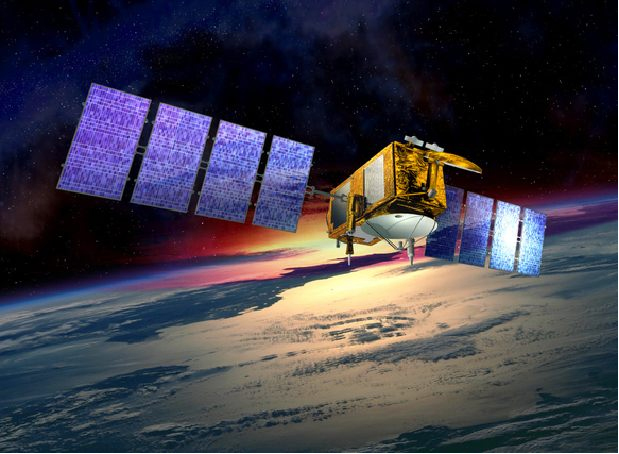 It has circled the globe more than  53,500 times. FOX writes that “the joint U.S. and French satellite was decommissioned this week after its last remaining transmitter failed, according to a NASA statement“.

The satellite scanned the ocean surface and mapped sea level for more than 95 percent of the planet’s ice-free ocean area. According to Jason-1’s readings, it has detected a rise of nearly 1.6 inches over the last 20 years. Its radar altimeter determined sea levels to within a few centimeters.

NASA lost contact with the satellite on June 21 and efforts to re-establish it have failed.

NASA scientists say sea surface height changes with temperature so altimeter measurements are means to determine how much heat is stored in any given area of the ocean and how that changes. Jason-1 also recorded Pacific Ocean cycles. NASA scientist Lee-Lueng Fu at the Jet Propulsion Laboratory in Pasadena says, “These Pacific Ocean climate cycles are responsible for major shifts in sea level, ocean temperatures and rainfall every two to five years, and can sometimes be so large that worldwide weather patterns are affected. Jason-1 data has been instrumental in monitoring and predicting these ever-changing cycles.”

Jason-1 worked together with Topex-Poseidon, which was launched in 1992 and was decommissioned in 2006.

Jason-2, launched in 2008, will continue recording ocean data. Jason-3 is scheduled for launch in March 2015. They will work together with Envisat in mapping the Earth’s surface.