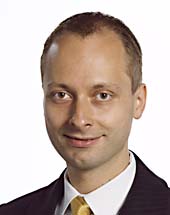 The reductions are supposedly to come mainly from “the shut down of coal power plants and the introduction of more renewable energies“.

But Krahmer calls Obama’s plan “a bluff”, and Europe is falling for it.

The announced efforts are in truth not efforts, and the reductions in CO2 emissions for the USA can be reached without any additional cost. American CO2 emissions have been falling for years, and have been so without any action from the government – ever since affordable gas from unconventional sources has started replacing coal as a source of energy. One could call the shale gas revolution also the market-economy energy revolution. […]

America’s use of renewable energy has also increased, but are still practically insignificant in the overall energy mix. Obama’s initiative is one that tries to grab credit for what the free-market economy is doing on its own already. As a result of the reduction in coal, Krahmer writes:

American CO2 emissions in the same time period dropped 13.5%. Of course it would not be serious to make a straight line extrapolation to the year 2030, but one can see that gas in the USA will continue its boom and that it will lead to a shift in the energy mix in favor of gas. Obama’s climate promises are only anticipating a development that is completely independent of any measures by the US government. In other words: It’s a reduction in US-CO2 emissions that is based on the fortune of having huge gas reserves at its disposal, and it is going to cost the USA nothing. Making promises that don’t cost anything is easy. And Obama did precisely that at his recent speech at Georgetown University.”

Krahmer then asks what shall the USA do with its vast coal reserves, which the country will no longer need. Krahmer writes that the answer is a no-brainer:

The coal will be exported. In 2012 the USA exported 125.7 million tonnes. In 2007 the amount was only 59.1 million tonnes. In just five years the USA was able to double its coal exports. The grateful customers of this American coal just happens to be self-anointed climate protection bulwark Europe, which in 2012 took in half of the total US coal exports. When Obama is serious about his climate promises, then he is not casting into question – as he announced – the financial support for coal power plant construction in foreign countries, but rather the export of American coal. Because this is not to be expected, nothing more needs to be said in regards to the free trade agreement with Europe.”