Twitter today led me to a comical report by “climate communications expert” David Holmes titled: Four Hiroshima bombs a second: how we imagine climate change. We’ve all heard about the farmer who expected to harvest a thousand bushels, but ended up only with only a hundred. Gee, whatever happened to the other 900? 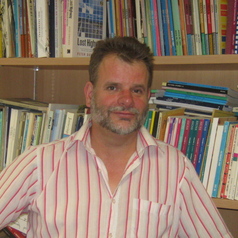 In his post Holmes tells his readers that James Hansen calculated that “the planet is building up heat at the equivalent of four Hiroshima bombs worth of energy every second” and that John Cook (the guy who lost thousands of scientists in a simple survey) and oceanographer John Church say “90% of that heat is going into the oceans.” …somewhere.

Such a naïve calculation is Holmes idea of poignantly communicating the seriousness of man-made global warming to the public. With such enormous heat being added to the lower atmosphere, you’d think it would heat up very quickly. Recall that according to the models and the physics, the heat is indeed supposed to appear in the lower atmosphere, and not hidden miles deep down in the oceans.

Well it hasn’t, and it’s a real big problem for climate scientists. Expectations again far from reality. In fact the temperature of the lower atmosphere hasn’t gone up at all in 15 years, nor has the upper 700 meters of the ocean. Even the ice caps are growing once again, thus showing that heat, to the contrary, is disappearing! Holmes and climate scientists insist that the heat is there, and that 90% is hidden somewhere DEEP in the oceans in a place from which we happen to have very little measured data.

Just how much heat is lost? Using Hansen’s 4 Hiroshima bombs per second calculation over 15 years, it comes out to 1.9 billion Hiroshima bombs of heat. It’s gone – missing! Nobody is able to find it.

The truth is that most of it very likely does not even exist. This is an error magnitude of monumental proportions committed by the climate modelers. The 1.9 billion Hiroshima bombs of heat is their error, and it is glaring. This is way beyond left field. It’s not even in the ball park. Soon we are going to need an awfully big ocean to hide that kind of error. Little wonder that an exasperated Kevin Trenberth once called it a “travesty“.

Astonishingly, Holmes admits that “for the most part, climate change as change cannot be visualised. People living in cities are the last to notice changes in climate, because it is happening a long way from our direct experience in the natural world.”

Indeed. If it wasn’t for all the media hype, nobody would even notice climate change.

12 responses to “Lost! Models Missing Gigantic 1.9 Billion Hiroshima Bombs Of Heat…Has Anyone Seen It By Chance?”