It’s been so quiet in the mainstream media this year when it comes to polar sea ice. So I figure there must be something going on there that they just don’t want us to see.

The Arctic is refusing to melt like it did last year, and there’s hardly a chance it’s even going to get even close to a record low there. The other story is Antarctica, where I noticed a new record was set…quietly and already months ago. 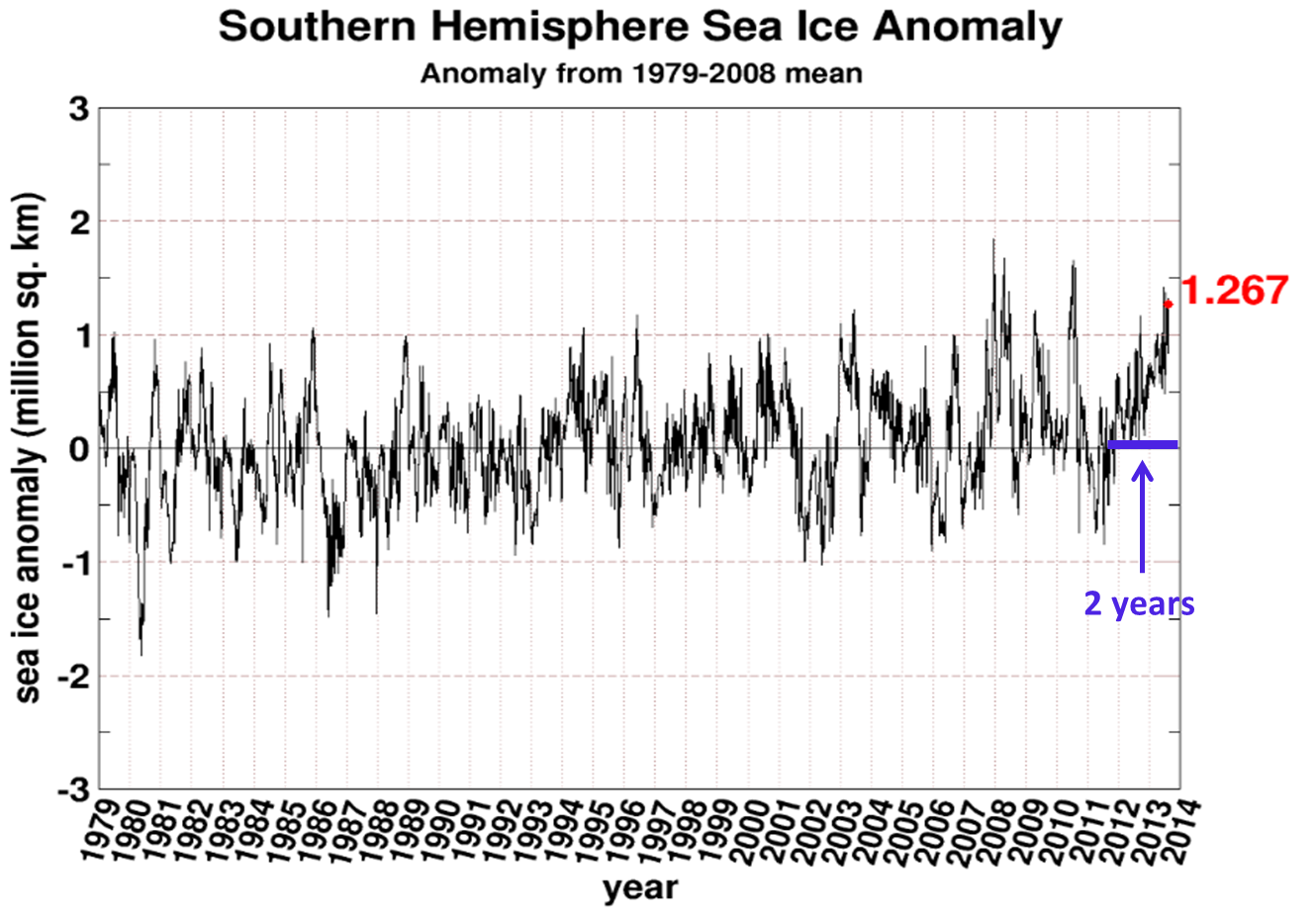 That record is not sea ice area, but rather the duration that sea ice at the South Pole has remained above the long-term average – now close to 2 years! Never has it even come close to being above average for that long since records have been kept.

From the above chart we observe that it’s rare for South Polar sea ice to be above normal even for just 1 year. Now we are almost at two years. This is unprecedented.

The last time sea ice around Antarctica was below normal was in late 2011.

The warmist scientists who warned us of the albedo tipping point up in the Arctic have to be really trembling about what’s happening at the South Pole – if the albedo theory is correct.

Is this vast yea ice extent a sign of global warming? I think only a real moron would answer yes. Sure there are lots of factors, but ice just doesn’t grow and grow when it gets warmer. Obviously it’s cooling down there, and we need to be very concerned about it.