Spiegel science journalist Axel Bojanowki comments here on the recently published paper by Kevin Cowtan and Robert Way, which suggests the Arctic has warmed more than first thought and that the so-called warming pause resulted from missing data. 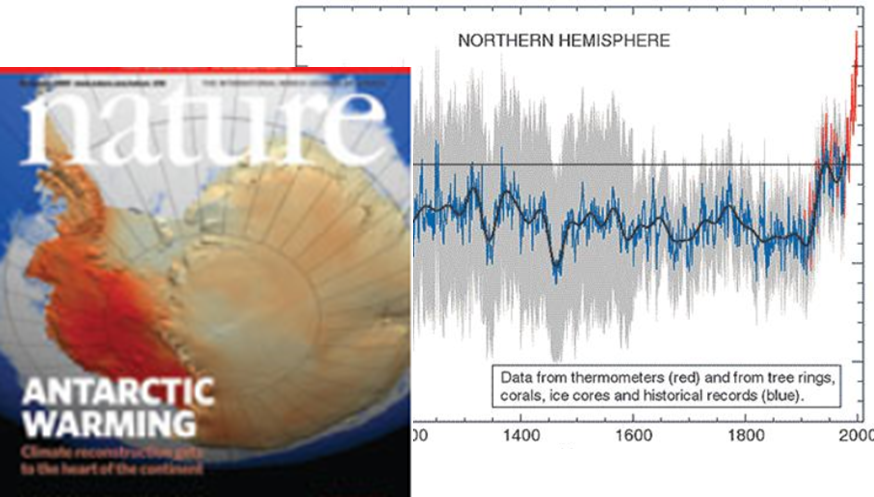 Bojanowski reminds readers that “the calculation method is in dispute” and writes that reaction from the scientific community has been split, with the warmists uncritically welcoming it with glee, and skeptics being suspicious of the study’s methodology, “underscoring the weaknesses of the new analysis“. The overall tone of Bojanowski’s article is one of skepticism, reminding readers that such studies from “newcomer scientists” have been seen before.

Bojanowski explains how the study’s authors filled in the regions of missing temperature data in the Arctic, and that other scientists are skeptical of the method used, citing Judith Curry’s blog commentary. Spiegel writes:

Among other factors, Curry points out that measurement stations in the Arctic are primarily land-based, but that the now calculated region of the Arctic data void is covered mostly by sea ice and or water.”

The Spiegel science author then warns readers that we’ve seen this kind of statistical work in other studies and that there’s a “feeling of foreboding” surrounding the overall results. He writes:

Caution is advised – as other studies from the other side of the planet have shown. Since 2007 several prominently published calculations have shown that Antarctica as a whole would warm- much to the surprise of many experts because the southern continent is considered a climatological single, isolated case. The latest UN climate report determined there is minimal confidence in the concerned temperature calculations.”

Bojanowski writes that the study is “somewhat particular” because both authors are newcomers: “Cowtan researches in crystallography, Way is a student in geography; both also write for an internet site that would like to run down climate skeptics. The constellation does bring a feeling of foreboding.”

Bojanowski then reminds readers of another similar case: citing Michael Mann and his hockey stick chart, which was debunked by “outsiders” Ross McKitrick and Steve McIntyre. He also links to the Steig’s paper.

The difference, Bojanowski writes, is that Cowtan and Way are “open for a lively discussion” and that both don’t claim that their study is the final truth.

2 responses to “Spiegel On Cowtan And Way: “Feeling of Foreboding”…Other Studies On Antarctic, Mann et al, Tell Us “Caution Is Advised””