The German language Voice of Russia here wrote yesterday that US scientists had recorded, by satellite, a new all-time record low of -91.2°C in Antarctica. The reading was taken at the Japanese research station Dome Fuji, 3786 meters above sea level in 2004. The old record was -89.2 set in 1983.

The NSIDC plans to make this public at the coming AGU meeting, reports the English-language Russian RT News. 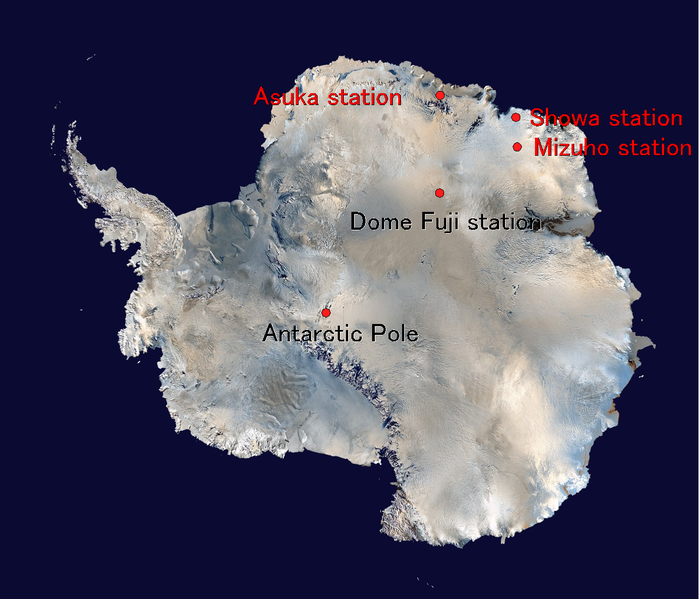 The French language Voice of Russia is also reporting the story.

The English-language Russian RT News here writes about the new all-time record low for the planet Earth as well, but states that it is also being disputed by one Russian scientist. The RT (my emphasis):

American researchers from the US National Snow and Ice Data  Centre (NSIDC) prepare to make public satellite temperature measurements data which maintains that a record temperature of -91.2°C was registered in Antarctica on August 3, 2004, near the  Japanese Dome Fuji station, situated on the Valkyrie Dome in the heart of the White Continent.”

According to the RT article, the NSIDC will present the report for the American Geophysical Union’s annual meeting in San Francisco. The report states that the “winters of 1997, 2001, 2003, and 2004 showed several temperature minima below -90°C.”

As mentioned, the record is being challenged by at least one scientist. The head of the Russian Antarctic Expedition’s logistics center Vyacheslav Martyanov disputes the readings, and told RIA Novosti that: “It is incorrect to declare a temperature record based on satellite data,” adding:

Air temperature is measured according to standards, at the height of 2 meters above the ground, like they do at meteorological observing stations, therefore recognizing a  temperature measured by remote sensing is unrealistic.”

Whether the new temperature record gets officially recognized or not is not sure at this point. But one thing is clear: Things aren’t warming up at all in Antarctica!