Share this…FacebookTwitterLe Monde here has an article which in large part re-iterates what NYT journalist Andrew Revkin wrote 3 days ago. The selfish, adolescent follies of the Turney expedition are seriously disrupting the supply of serious scientific operations in the Antarctic. A number of scientists worldwide have not found Turney’s charade amusing at all. The piece […]

Share this…FacebookTwitterYet another vessel has been trapped by global warming sea ice! The Xue Long icebreaker has sent out a distress call. The Australian Maritime Safety Authority has released another press release: Aurora Australis on standby as a precautionary measure Xue Long notified AMSA at 1pm AEDT this afternoon it has concerns about their ability […] 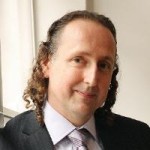 Share this…FacebookTwitterAdd another to the list of absurd things claimed to be caused by global warming: Vessels getting trapped in unexpected sea ice! This morning Switzerland’s online flagship daily NZZ here has a report on yesterday’s rescue of the Professor Chris Turney’s ill-fated Antarctic expedition. Once again we see naughty climatologist kids hiding behind mother media’s dress […]