Add another to the list of absurd things claimed to be caused by global warming: Vessels getting trapped in unexpected sea ice! 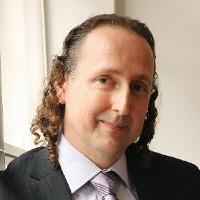 Like many major western media outlets, the NZZ is well known for its biased, faith-based position when it comes to reporting on the man-made climate warming issue, often coming to the rescue of climate scientists whenever they find themselves in a jam. Turney’s expedition is no exception.

The article, written by Heidi Gmür, goes out of the way to defend Turney’s botched junket expedition, claiming that “passengers and crew on the ship were never in any immediate danger.”

The NZZ writes that it inquired directly with Alvin Stone, Media and Communications Manager at the ARC Centre of Excellence for Climate System Science, University of New South Wales, to obtain more details about the expedition. According to Stone, except for the minor inconvenience of getting trapped in sea ice for nine days, the expedition was a success. The NZZ writes:

…the surprising turn of events that the expedition had taken didn’t hinder the scientists in finishing their work: ‘Fortunately the scientific measurements had been completed only hours before the vessel got stuck in ice’.”

The NZZ then looks at the massive internet and blog criticism that the debacle unleashed, characterizing it as “furious remarks and commentary from those who question climate warming“. The NZZ goes on to defend Turney’s expedition against the irony that his vessel got stuck in summertime sea ice and that the event starkly illustrates the myth of a warming Antarctic. The NZZ writes (my emphasis):

Wrongfully so, Alvin Stone claimed upon inquiry on Thursday. Moreover, indications are that it is precisely climate warming that led to the vessel’s awkward predicament. This is the ice in which the Shokalskiy got caught, so-called fast ice which had broken off from the continent years earlier, said Stone; moreover measurements show that there has been a decrease of precisely this kind of fast ice in the Antarctic – this in contrast to so-called sea ice that is created by the freezing of water around the continent.”

Blame all the thick vessel-trapping sea ice on climate warming. Can you believe it?

It’s also unclear whether the NZZ is telling readers untruths or if it is reporting out of plain ignorance. As ice on the continent grows, so would the rate of calving due to pressure.

Again we are being asked to accept that increased sea ice is a sign of climate warming, and the same goes for a decrease. This is not science – rather it very much appears as creative rationalization by those desperately clinging to doctrine.

The NZZ then informs that Turney suspects that the situation in the Commonwealth Bay, where the Shokalskiy got stuck, “has changed dynamically as three years earlier a spectacular collision between an ice berg with the Mertz Glacier took place.”

Now we see Turney is blaming his vessel getting stuck on climate warming. It couldn’t possibly get more desperate than that, nor more embarrassing for the institution of academics. I wonder if he intends to sue the fossil fuel industry for the millions in damages incurred by the expedition so far.

In reaction to the NZZ article, a vast majority of readers leaving comment are responding with outrage. Climate science crazy train has gone off the rails.

Finlly the NZZ writes that vessel owner will have to bear the costs of the rescue, citing international maritime law. The owner is reported to be the Eastern Regional Hydrometeorological Research Institute of Russia. That will be interesting to watch, especially given the latest revelations discussed here.