Veteran German Journalist On Met Office Global Temperature Forecasts: “It Is Stunning, But Some Never Learn”!

As the data roll in, it’s now clear that 2013 was “among the top 10 warmest years” and is thus good enough for the media to proclaim that global warming is happening unhindered and that everyone has to remain in a state of alarm.

Example: The climate scientists at the British Met Office. They have always issued false alarms, and today we can even say systematic false alarms. Of all the annual forecasts on global temperature made this century, 14 in total, the scientists have wound up landing above the actual value 13 times. Paul Hudson, climate and weather expert of the BBC, points this out.”

Flipping a coin would already represent a vast methodological improvement for the Met Office. Kulke writes that it is obvious that the Met Office has “learned nothing from their experience“, and adds:

Apparently they just refuse to accept the reality that the trend is no longer going up in any significant statistical way (as even the IPCC has admitted this in the meantime). It is stunning, but some never learn.”

For 2014 the Met Office predicts that global temperature again will be 0.57°C above the long-term average.

It sounds as if the Met Office scientists are just playing a broken record.

Minus 73°F in Siberia

Aside from the story of failed forecasts from the Met Office, extreme cold is now gripping large parts of Siberia, with some locations showing temperatures at 60°F below zero and colder. One location taken from early this morning shows -73°F. So much for melting permafrost! 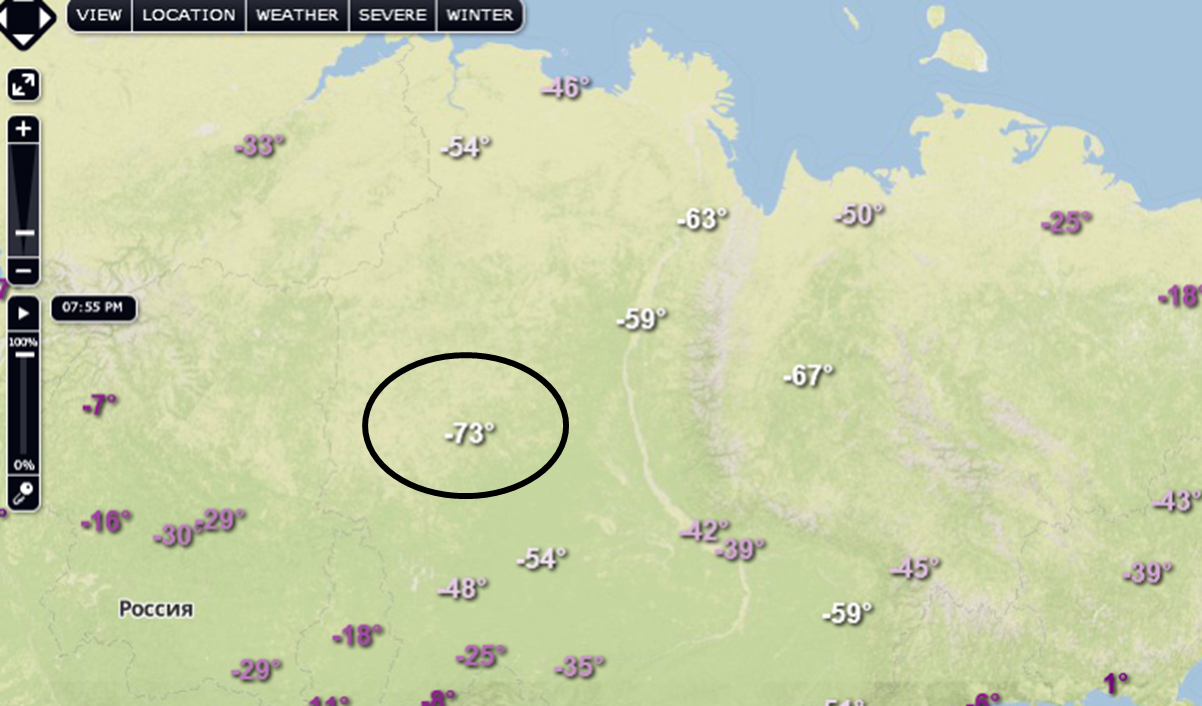 10 responses to “Veteran German Journalist On Met Office Global Temperature Forecasts: “It Is Stunning, But Some Never Learn”!”