Temperature Trends at First Class US Stations
By Ron Clutz

In a previous study of World Class station records, the effects of urban development could not be discounted since the 25 long service records come from European cities.  This is a study to see what the best sites in the US can tell us about temperature trends in the last century.

There are two principal findings below. 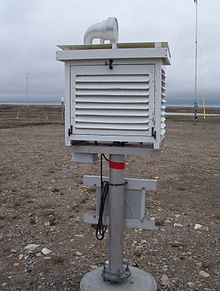 Surfacestations.org provides a list of 23 stations that have the CRN#1 rating for the quality of the sites. I obtained the records from the latest GHCNv3 monthly qcu report, did my own data quality review, and built a Temperature Trend Analysis (TTA) workbook.

Spread out across the USA

The records themselves vary in quality of coverage, but have all been included here because of their CRN#1 rating. The gold medal goes to Savannah for 100% monthly coverage, with a single missing daily observation since 1874.

Pensacola was a close second among the four stations with perfect monthly coverage. Most stations were missing less than 20 months with coverages above 95%.

The average station shows a rise of about 0.16°C/century. The large deviation, and the fact that multiple stations had cooling rates, shows that warming has not been extreme, and varies considerably from place to place. The observed warming for this group is less than half the rate reported in the European study.

Temperature trends are local, not global

Most remarkable about these stations is the extensive local climate diversity that appears when station sites are relatively free of urban heat sources. 35% (8 of 23) of the stations reported cooling over the century. Indeed, if we remove the 8 warmest records, the rate flips from +0.16°C to -0.14°C.

And the multidecadal patterns of warming and cooling were quite variable from place to place. Averages over 30-year periods suggest how unusual these patterns are.

For the set of 23 stations the results are:

The first period varied in length from each station’s beginning to 1920. Surprisingly the second period cooled in spite of the 1930s. Warming appears mostly since 1980.  As mentioned above, within these averages are many differing local patterns.

Question: Is it warmer now than 100 years ago?
Answer: It depends upon where you live. The best observations from US stations show a barely noticeable average warming of 0.16°C/century. And 35% of stations showed cooling at the same time that others were warming more than the average.

Available is my workbook for Truman Dam & Reservoir as an example of my data quality review method.  There are sheets showing the incoming qcu values, removal of flags and errors, audit of outliers (values exceeding 2 St. Dev.) and CUSUM and 1st differences analyses to test for systemic bias. Note that Truman missed out entirely on warming from 1956 to 2002, in contrast to the conventional notion of global warming from the 1970s to 2000.

Truman Dam & Reservoir also provides a cautionary tale about temperature analysis.  The station’s annual averages appear to rise dramatically from 2003 to present. On closer inspection, that period is missing values for 6 Decembers, 8 Januarys and 5 Februarys. So the annual warming is mostly the result of missing data-points.

This shows why analyzing the temperatures themselves can be misleading. By relying only on the station’s monthly slopes, TTA analysis effectively places missing values on the trend line of the existing values.

This was the first study to use CRN 1 to 5 ratings to look at US temperature trends in relation to station siting quality. Much discussed at the time was the finding of CRN 1&2 showing warming of 0.155°C/decade for the period 1979 to 2008. The comparable finding from this analysis is 0.151°C/decade for CRN 1 stations.