German skeptic site Klimanotizen brings us what I view as very good news on the trend of climate science skepticism in Germany.

Readers need to keep in mind the very harsh environment skeptics face in Germany, where they are targeted and marginalized by powerful forces such as major arms of the government, leading politicians, massively funded alarmist institutes and the mainstream media as dangerous disinformers who should not be listened to, and under no circumstances ever be given a bullhorn.

But fortunately, thanks to Germany’s democratic society, that effort is failing. The latest example Klimanotizen presents is a recent annual meeting of the German Home and Property Owners Association in Hanover last week.

What was different about this annual meeting was that one of the invited speakers was Prof. Fritz Vahrenholt, co-author of the skeptic book The Neglected Sun – How the Sun Precludes Climate Catastrophe – a best-seller in the German version Die kalte Sonne. The gathering was in large part a climate-skeptical event – all taking place in the Kuppelsaal at the Congress Centrum before an audience of 1200. 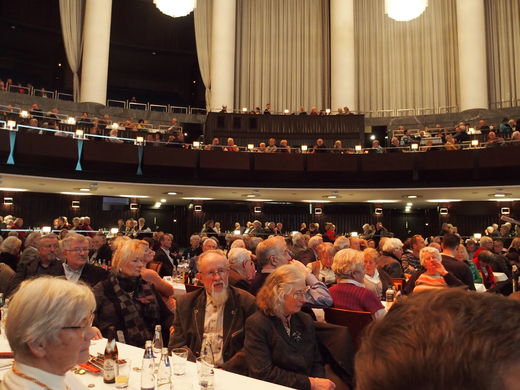 In his opening remarks Chairman Rainer Beckmann pointed out that there was a time when warmer weather was welcome, and cold was dreaded. Moreover most of the last 11,000 years were warmer than today. Warm periods, even those that were warmer than today’s, were always good for human development. Beckmann also poured cold water on the notion of a consensus among the experts. “There are many scientists who would not believe in man-made climate catastrophe.” 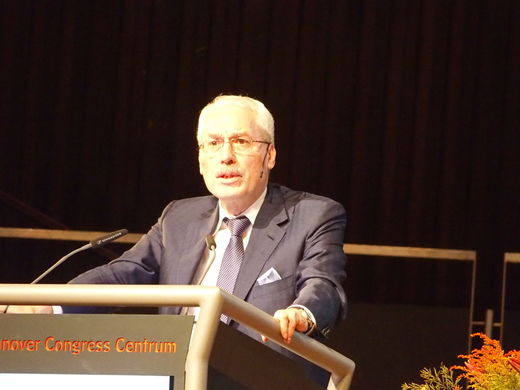 Next at the podium was Prof. Vahrenholt, one of the founders of Germany’s modern-day environmental movement. Klmanotizen writes:

Prof. Vahrenholt impressively described many developments and facts about Germany’s Energiewende, which to many in the audience were entirely new. For example he described the large economic burdens and the environmentally detrimental impacts of renewable energies and Germany’s image loss abroad. He showed how gradually the talk is going around that the Energiewende is not working out. He then detailed how the sun’s role has been under-estimated by the IPCC. During the time of increasing warming in the 20th century, the sun showed the greatest activity in over 1000 years. But since then its activity has been waning and also global temperatures have not risen in 17 years. The IPCC scientists have no explanation for it. However with the sun and the ocean phenomenon it is easily explained. Therefore a man-made climate catastrophe is no longer the issue.”

How did the German audience react to Vahrenholt’s speech? Klimanotizen were present and they write of a “sustained and thunderous applause“. Hanover’s leading daily the Hannoversche Allgemeine Zeitung (HAZ), also present at the annual meeting, confirms while paraphrasing Vahrenholt:

Sure an energy transformation is necessary in order to be independent of other countries, but we do not need any fear-driven energy policy stemming from falsely interpreted climate data. Vahrenholt received long applause from the visitors of the annual meeting.”

The result is that 1200 people, who likely had inklings of doubt about the allegedly approaching climate catastrophe, were shown data confirming that indeed it’s mostly all bogus. The good thing here is that once someone sees the Truth, they’ll never go back to believing the lie.

How many people have gone back to believing in Santa Claus or the Tooth Fairy?

Special thanks to Klimanotizen for covering this event and reporting.