Browse: Home / 2015 / March / 16 / Twice As Much Snow Falling In The Russian Ural Mountains Than 100 Years Ago…Leading To More Tree Growth

German public radio Deutschlandfunk (DLF) reported earlier this year that scientists have discovered that twice as much snow has been falling in the Ural Mountains than 100 years ago. 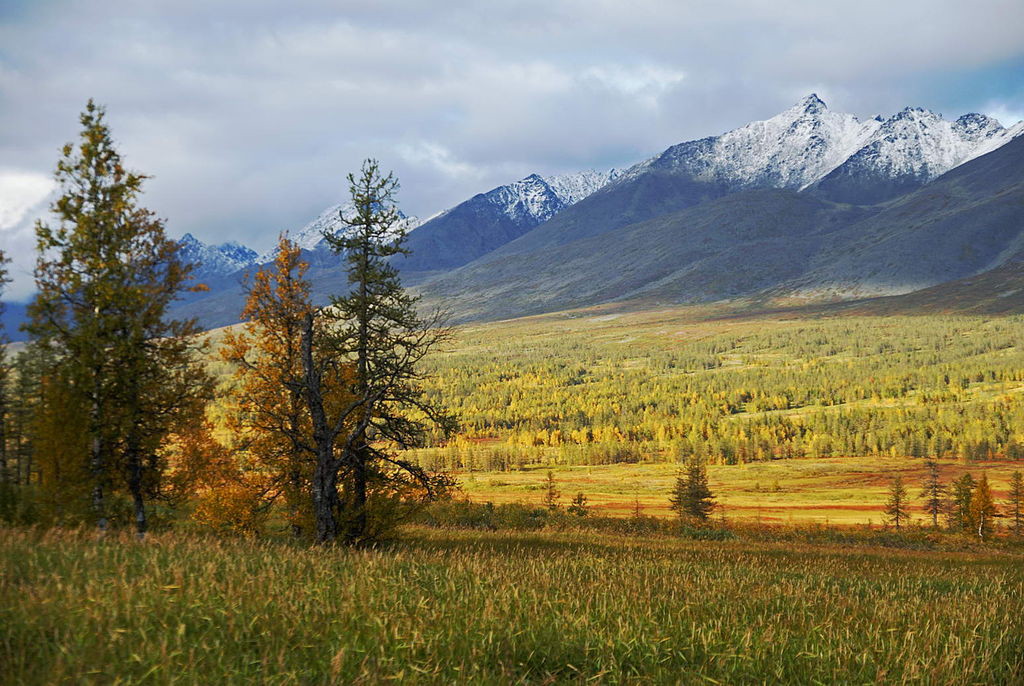 Ural: snow causing the tree line to rise.
Climate change does not only mean that the temperature is increasing, it can also change the precipitation patterns. In the Ural Mountains of Russia significantly more snow is falling in the wintertime than 100 years ago. The development is having surprising consequences: The bigger amounts of snow is causing the tree line to rise. […]

In the summertime in the Urals its has not gotten notably warmer over the past 100 years. The wintertime temperatures, however, have increased from minus 18°C to minus 16°C. Warmer low pressure systems are bringing more precipitation to the mountains. In the Urals today twice as much snow is falling than 100 years ago. And that is having an impact on the treeline.”

According to the DLF, a team of German and Russian scientists say the tree line is currently rising at a rate of about 4 to 6 meters per decade.

The scientists believe that the doubled snowfall serves to protect young saplings during the winter and allow soil conditions that foster growth during the summer time. Photos of the region has allowed the scientists to determine treelines that today are up to 60 meters higher than 100 years ago.